“Even in the midst of all of the great things in his life he was still able to be so selfless,” said Louis Nix's teammate and best friend Kendall Moore. 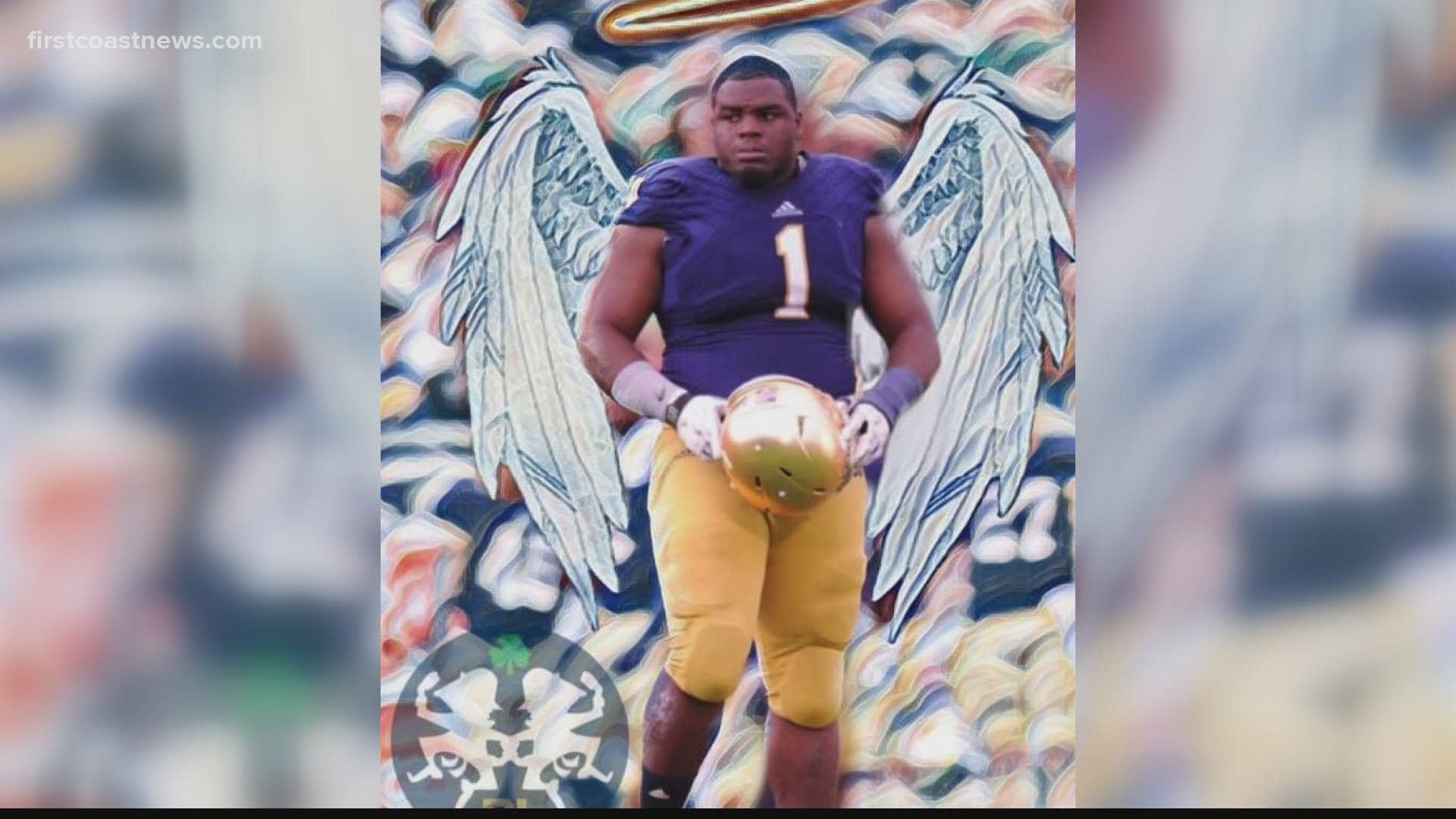 “I knew,” said Stephanie Wingfield, Nix’s mother. “One thing about a mother, we know. And I just started crying and I was like, Lord, if my son, if he's okay, you give me a peace, but if he's not okay, you'll give me a discomfort. And I felt sick.”

Though family and friends said they are still not sure what happened, they want to keep Nix’s legacy on the top of everyone’s mind at this time.

“I didn’t expect something to happen to him,” Wingfield said. “You know? That’s my big Lou.”

“He just really set the bar for being a good person,” Moore said.

A defining moment in Nix’s life was committing to Notre Dame to play football.

“He said Momma, they were the first to make me feel at home,” Wingfield said.

It was through college that Nix took on a new name to college football fans.

“When he was at Notre Dame, they called him Irish Chocolate,” Wingfield said.

“Irish Chocolate” was loved by Notre Dame fans everywhere. Wingfield said whether you were a family member or a Notre Dame fan wanting an autograph, you mattered in Big Lou’s eyes.

Jason Hendrix, maker of the Podcast “Dos Leprechauns” recalls the first time he met Nix, when he was interviewing Notre Dame’s 2011 recruits.

“I started messaging him, and I found right away he was just a big kid,” Hendrix said.

Hendrix said their work relationship blossomed into a friendship.

“You just can’t put it into words,” Hendrix said. “If you knew Lou, he was family. He was just the kind of guy that made you feel important every time you talked to him. He made you feel loved.”

Hendrix said Nix had such an impact on himself and his family, that his son switched his position in football, just to be like the “Irish Chocolate.”

“Even in the midst of all of the great things in his life he was still able to be so selfless,” Moore said.  “I hope that he can rest in love, and I’m going to miss him a lot.”