"Mike had a way to make everybody smile." 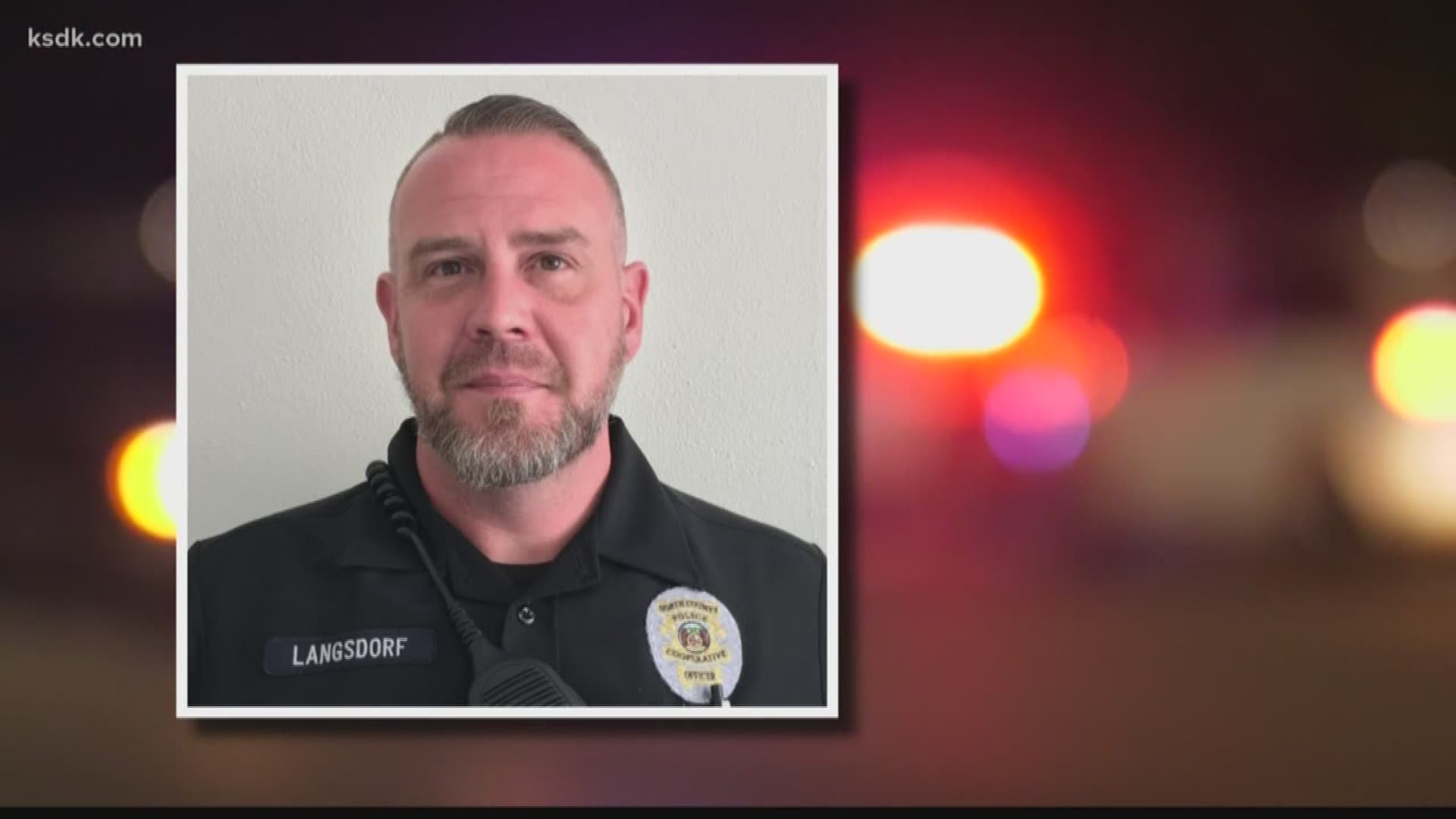 From the medical examiner's office to the funeral home, all along the procession route, so were first responders.

Ron said it was a fitting way to honor the fallen, because it's how Officer Michael Langsdorf lived.

"Mike had a way to make everybody smile," said Martin.

A graduate of Mehlville High, Langsdorf eventually landed his dream job as an officer with the St. Louis Metropolitan Police Department.

"Seventeen-18 years ago, and we were both assigned to the third police district. Mike and I actually rode the same car together and we had fun," he said.

Ron said it didn't take long at all for Langsdorf to find his fit.

"Mike was one of those go-getter police officers that didn’t like the drug dealers and the gun-toters and that was his forte," said Martin.

There's no way to know how many arrests, how many lives he impacted during his nearly 20 years in law enforcement in both the city and north county, but Ron said the greatest testament he can provide was how much was loved at home.

"He was the same on the job as he was off the job and I think that’s why he succeeded," he said.

When the procession arrived at the funeral home, first responders lined up and saluted as his body left the ambulance.

His fiancé and two boys were there to watch it all.

"I know they are believers in God and God closes some doors for a reason and opens other ones," said Martin.

Because on this journey and the ones to come, Officer Michael Langsdorf and his family won't go through it alone.

"We’re going to be there for the full ride with them, for sure," he said.

RELATED: 'He was my hero' | Boy photographed with fallen officer shares gratitude