'That was a bloody event' | Ax Handle Saturday was 60 years ago in Jacksonville, he was there 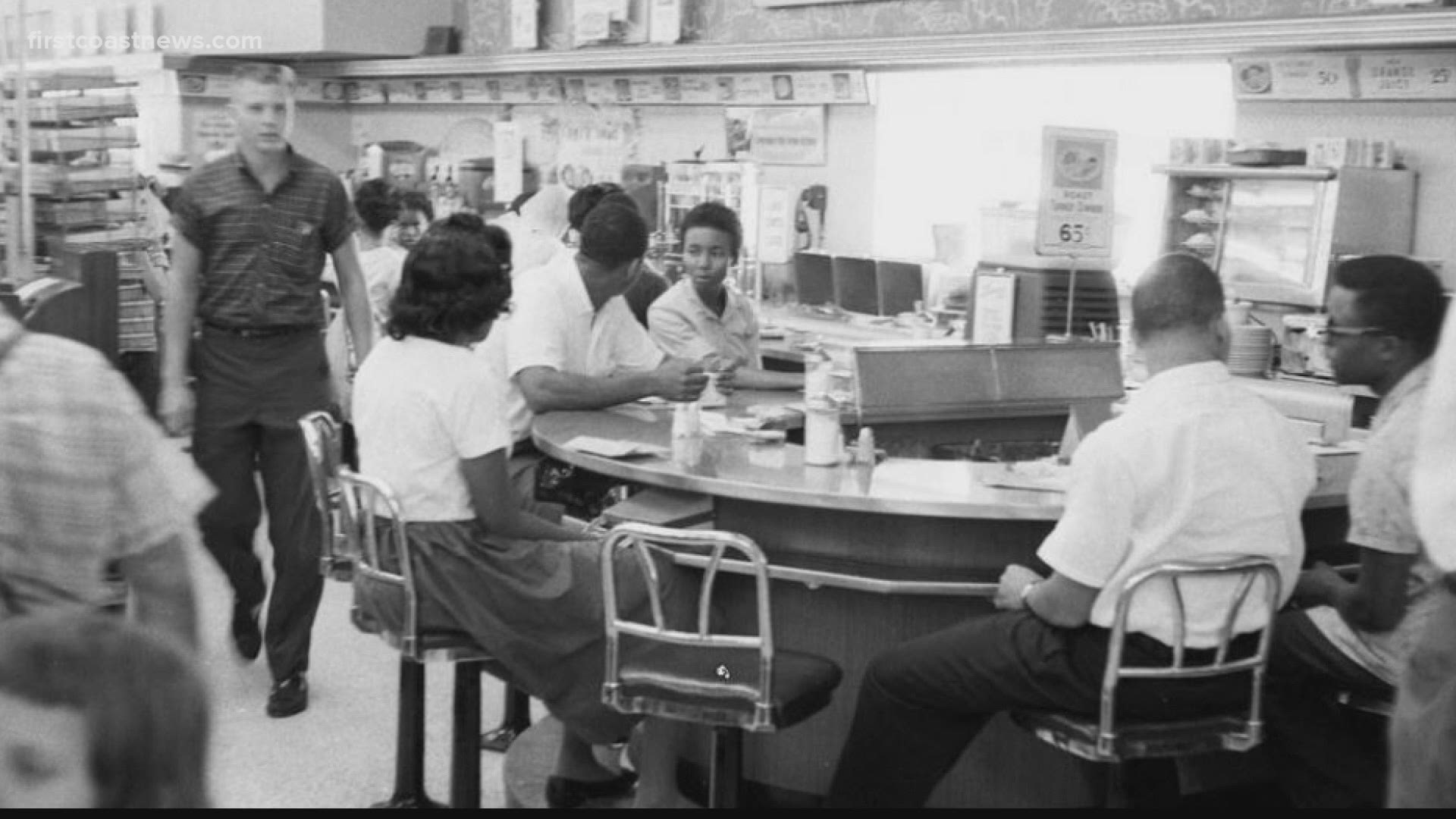 The last time the city saw large, multi-day street protests, was the 1960s. Those demonstrations were also marred by violence.

The current cycle of protest has given the principal players in the city’s original Civil Rights Movement reason to reflect.

“That was a bloody event,” Hurst said. “They were swinging at and beating any black person downtown.”

Hurst sees echoes of that day in the police killings that sparked the current movement.

He also doesn’t see much change in the city’s leadership on issues of race. “We didn’t do it back then when the mayor was Haydon Burns, and we’re not doing it now with Mayor Curry.

“We thought we would not see any of this anymore, that things would begin to heal, that our community would heal, that people would begin to treat others the way they wanted to be treated," he said. "Unfortunately, it just hasn’t worked out that way just yet.”

Yates was on the receiving end of violence that August Saturday, 60 years ago. But like the leaders of his movement, he embraced nonviolence – and urges those in the current movement do the same.

“There is still hope but I think that hope comes on the heels of peaceful – peaceful – nonviolent protest,” he said.

RELATED: Diversity expert says ignorance is not an excuse in age of technology

RELATED: 'Can you pray for us too?' Woman said police officer asked her to pray for them at Michigan protest