On This Day, June 18: 56th anniversary of largest mass arrest of rabbis in St. Augustine in midst of Civil Rights movement

Their 1964 jailhouse letter reads like something written in the last month: The conscious of the nation has been aroused. 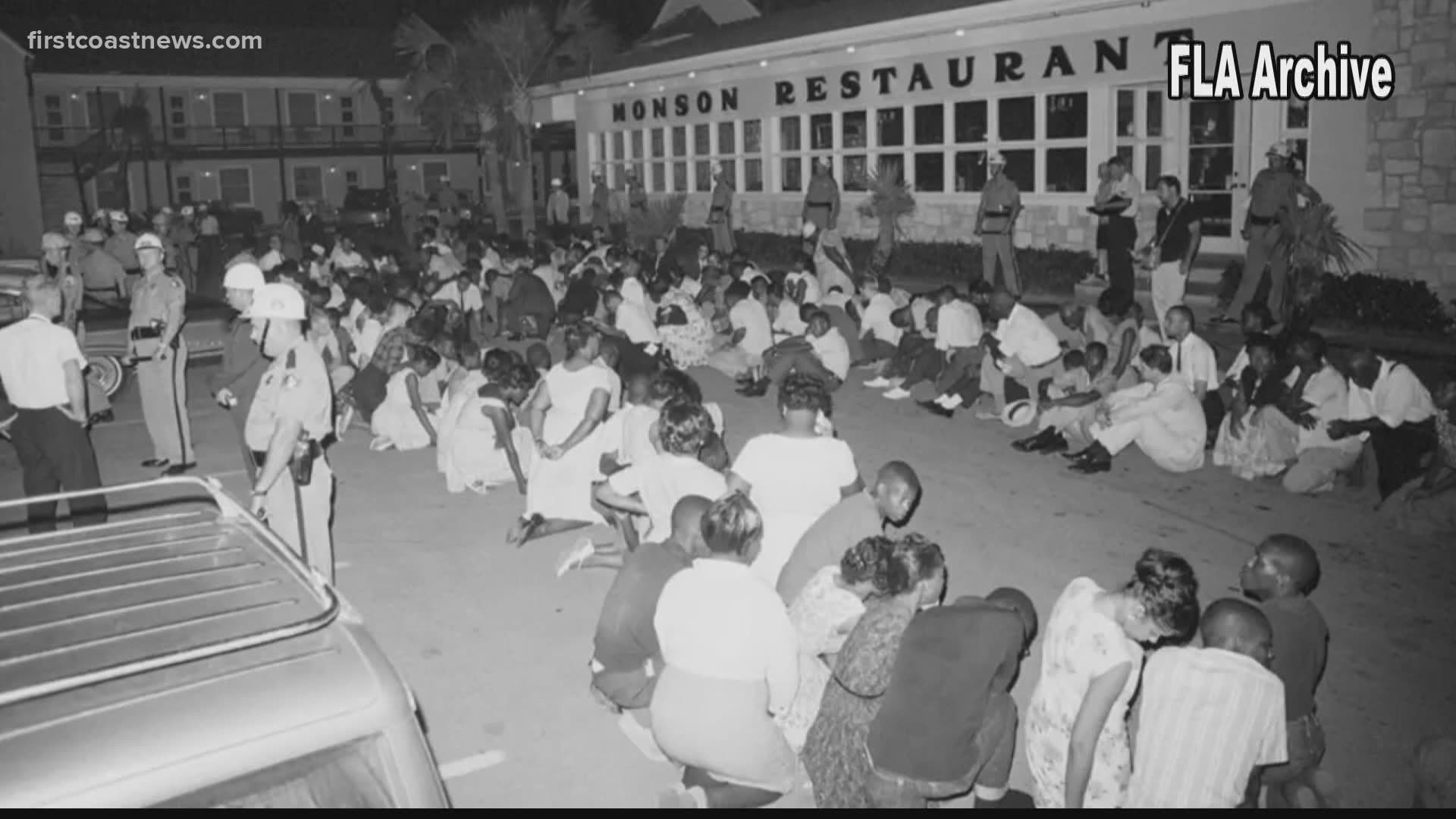 June 18, 2020 is the 56th anniversary of the largest mass arrest of rabbis in the United States, and it happened in St. Augustine.

Rabbis from around the country were in town, demonstrating for civil rights, answering an appeal from Dr. Martin Luther King Jr.

Three of those 16 rabbis are still alive. First Coast News tracked down one of them to hear how the group wrote a jailhouse letter the night of their arrest in 1964.

It's a letter that sounds like it could have been written in the last couple weeks.

Rabbi Allen Secher of Montana was one of those rabbis. They marched for civil rights and then prayed at a St. Augustine hotel, the Monson Motor Lodge. It was there where he watched as a group of black youths jumped into the swimming pool to demonstrate for equal rights at hotels and other businesses. The photo of the hotel manager pouring acid into the pool made headlines around the world.

All of the 16 rabbis who stood by praying were arrested. It was the largest mass arrest of rabbis in the United States.

Secher remembers the rabbis and one layman were all crammed into one cell at the St. Johns County Jail.

One of the rabbis started to write, and they all chimed in.

"It was well into the middle of the night, 3 in the morning," Secher said. "As I recall, we’re sitting on the floor of the cell. There weren't enough bunks for all of us."

The letter is now known as “Why We Came."

"We wanted to do something positive," he said.

The letter states, "We came because we could not stay away."

On Thursday, June 18, a local actor read that letter in St. Augustine where the rabbis were arrested 56 years ago.

"We came because we could not stand quietly by our brothers’ blood," the letter goes on.

The rabbis wrote the words on the back of a KKK flyer that they found in the jail.

Secher remembers, "We had only a pencil stub."

The rabbis wrote: "What disturbs us more deeply is the large number of decent citizens who have stood aside, unable to bring themselves to act."

Another part says:  "We pray that what we have done will lead us further actions and persuade others who will stand hesitantly to take they stand they know is just."

When asked this week, "How much of it still rings true still today," Secher responded, "Absolutely all of it. We went because it was the right and religious thing to do."

"If you're a dyed-in-the-wool religious person, how can you not support the right of every man?" he asked.

This letter serves as a reminder that change can happen… when people don’t give up on a cause.  The rabbis wrote then: "The conscious of the nation has been aroused."

"We owe it to the world to stay on the case of the politicians," Secher said.

And as a hopeful note of encouragement, he ended the conversation with First Coast News saying, "A change will come."