5,300 tons of coal ash removed from barge that ran aground south of St. Johns River

The Bridgeport barge, carrying 14,000 tons of cargo from Puerto Rico to Georgia, ran aground in March. 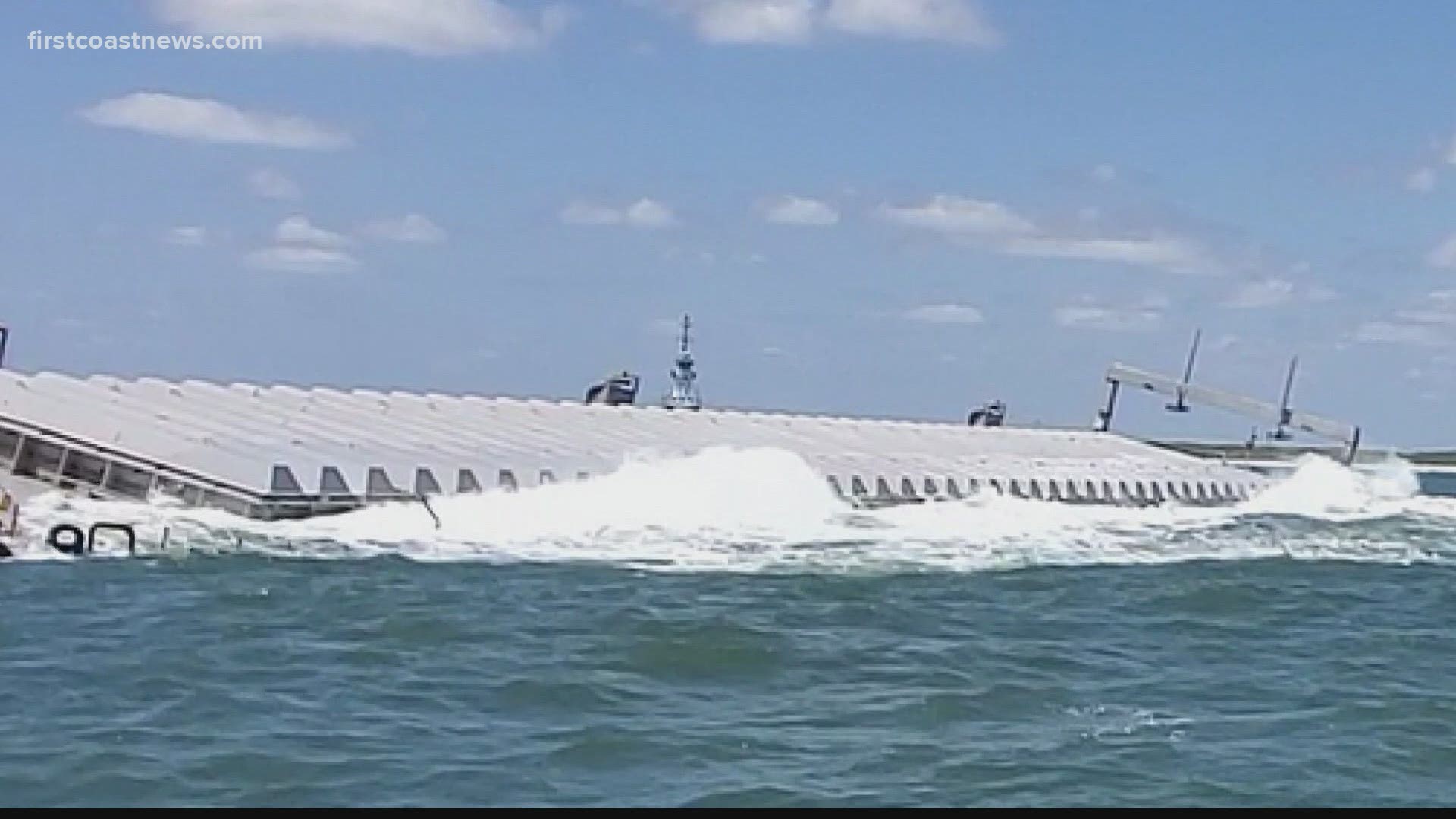 JACKSONVILLE, Fla. — A barge carrying hazardous waste is stuck off of our First Coast.

The Bridgeport barge was carrying thousands of tons of coal ash when it ran aground and started sinking in March.

That barge took on water washing the ash into the ocean.

The barge can be seen from the shores of Atlantic Beach.

Response teams say this is a clean-up dictated by safe operations and weather, something that worries one local marine biologist.

Coal ash, a product often used in construction spilling into the ocean.

“It's full of things like lead, and arsenic, and cadmium, and Mercury, and quite literally analysis goes from A to Z,” Dr. Quinton White, executive director of the Marine Science Research Institute at Jacksonville University said.

For 30 years he’s studied the handling of coal ash, which the EPA says is one of the largest types of industrial waste in the US.

Water flooded parts of the barge causing the ash to spill out.

Response teams told First Coast News on Friday that 5,300 tons of cargo have been removed, but crews estimate 14,000 tons were on board at the time it ran aground.

“I'm not sure how much of this material has been released. And that's my concern that this is nasty stuff. And this has the potential to be a fairly catastrophic event here at the mouth of the St. Johns River,” Dr. White said.

The Florida Department of Environmental Protection says they are collecting water samples to determine what the impact is on the water.

But no advisories or warnings have been issued to this day.