'This is it Dad... tornado!': Man, son capture reported tornado in Elkton

A damaging thunderstorm swept through St. Johns, Putnam and Flagler counties, bringing with it a tornado. The tornado, estimated to be about 50 yards, was spotted near State Road 207 and County Road 305 in Elkton around 5:05 a.m. causing tree and roof damage in the area.

"The metal roofing wrapped and slammed into the power lines blowing a transformer that can be seen in the video, knocking out the power," he said in a post. "It then moves straight over my vehicle and you can see the debris spinning around us and on the road (SR 207)."

Similar storm damage was reported in Putnam and Flagler counties as well. Interlachen, Palatka, Flagler Beach and Bunnell areas are reporting damage such as downed trees, downed power lines, damaged roofs and structural damage. The Putnam County Sheriff's Office said on Twitter that it received a notification of a possible tornado in the Interlachen area near Twin Lakes. 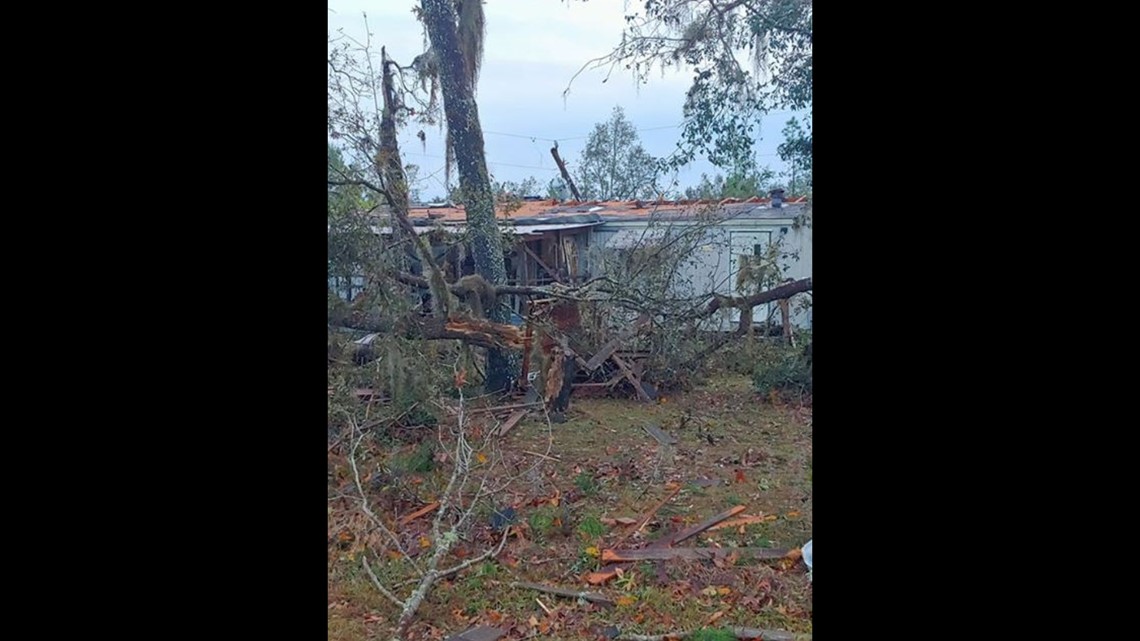