3D mapping of historic cemetery aims to help preserve it

One of the oldest cemeteries in Florida is getting some T.L.C. 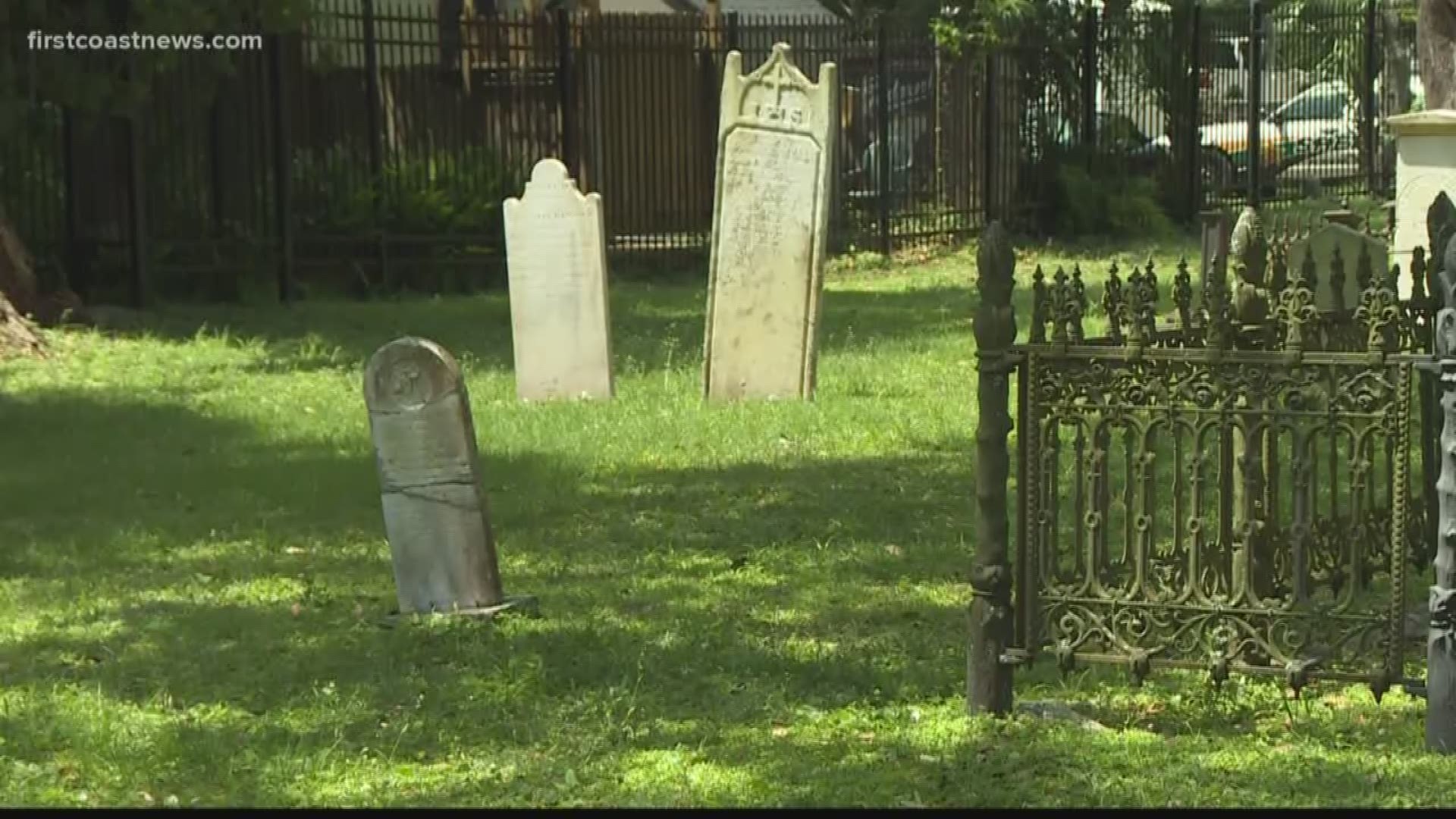 SAINT AUGUSTINE, Fla. — One of the oldest cemeteries in Florida is getting some T.L.C.

A few months ago, a drunk driver slammed into the Tolomato Cemetery in St. Augustine.

"St. Augustine is built on cemeteries," she laughed. "But they’re virtually all under the streets and buildings.This is the oldest one that is visible."

This week, amidst the historic tombstones, there are some fancy-looking contraptions. They are scanners which record digital information as they rotate on tripods.

Dr. Davide Tanasi with the University of South Florida's Institute for Digital Exploration led a team which will create a 3D image of the entire cemetery and of each of the 105 funeral markers.

"We are using 3D scanning technology and digital photogrammetry technology to create a digital twin of the Tolomato Cemetery," Tanasi said.

Davide Tanasi with the University of South Florida is leading a team which will create a 3D image of the entire cemetery and of each of the 105 funeral markers. You’ll be able to go online take a virtual tour when the project is complete. And this digital recreation will help keep an accurate record of the history here.

"It comes at a time when we’re concerned about preservation, especially after the flooding, because we’ve had some damage to markers," Gessner said.

Markers have been damaged by mother nature and by human nature.  In January, a drunk driver crashed through the gate and into the cemetery.

"That was quite a spectacular accident," Gessner said.

In spots around the cemetery, the ground has sunken in as a result of flooding from hurricanes. Some grave markers have started to shift or lean because of the sinking ground. Many markers have cracks. It's these markers that could be preserved with this technology.

The project isn’t just for preservation, but for sharing information too. That’s where Rachel Sanderson with the La Florida project comes in. La Florida is the Interactive Digital Archive of the Americas. Its website is laflorida.org.

"One of the central goals of our organization," Sanderson explained while taking photos of grave markers in the cemetery Tuesday, "is to create a biographic database that has records of people living in Florida throughout the colonial period. Tolomato Cemetery is unique in that it actually has markers from the colonial period."

All of the digital recordings from the cemetery project will be part of the La Florida database which you can search for free. The Tolomato Cemetery and the Institute for Digital Exploration also plan to share the information on their respective websites.

Gessner calls it modern preservation. It helps save and tell the stories of those colonists who lived and died in St. Augustine.