The lawsuit is to stop the removal of the Confederate monument without "first undergoing the legally required review process to prevent its damage or destruction." 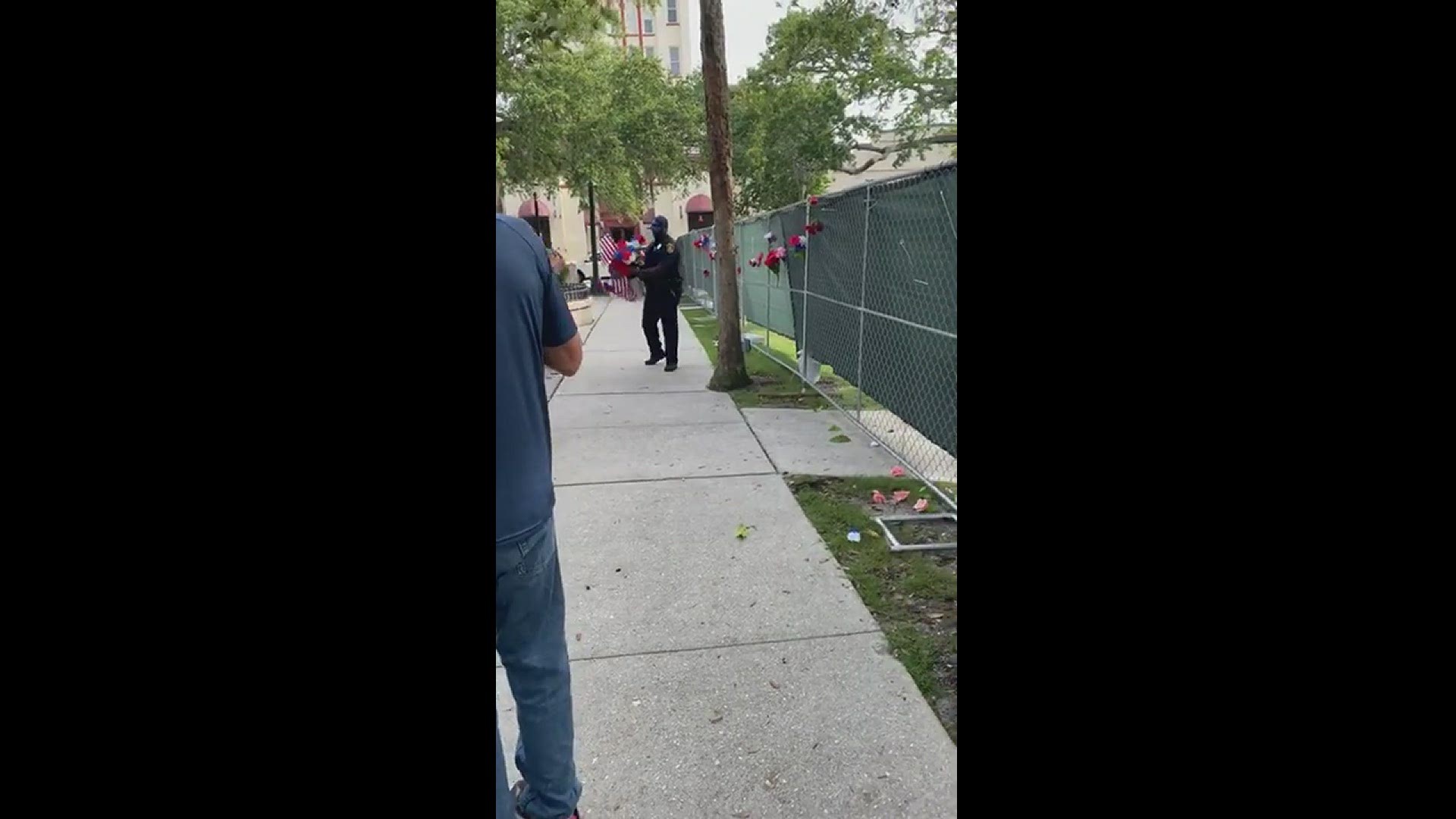 ST. AUGUSTINE, Fla. — The descendants of Confederate soldiers listed on a monument in St. Augustine have filed a lawsuit against the city to hinder its removal, according to a media release.

The lawsuit is to stop the removal of the Confederate monument from the Plaza de la Constitución without "first undergoing the legally required review process to prevent its damage or destruction," the release said. St. Augustine's city commission decided on the removal in a 3-2 vote.

The lawsuit was filed Sunday by Jill M. Pacetti and 37 other descendants of the memorialized Confederate soldiers. The Veterans Council of St. Johns County and the Military Officers Association of America, Ancient City Chapter are also named as plaintiffs.

The lawsuit accuses St. Augustine  Mayor Tracy Upchurch of persuading the city commission to avoid a review by the Historic Architectural Review Board before voting to remove the monument.

The monument lists the names of Confederate soldiers killed in the Civil War and has stood in the Plaza de la Constitution since it was placed there in 1879.

“This monument was a communal effort, public art and social history," the lawsuit said. "Ex-soldiers and politicians had a difficult time raising funds to erect monuments so the task mostly fell to the women, the mothers, widows and orphans, the bereaved fiancees and sisters of the soldiers who had lost their lives.”

“The Monument is a 30-foot tall obelisk with the inscription ‘Our Dead. In Memoriam, our Loved Ones Who gave up Their Lives in the service of The Confederate States.’ The Monument is a form of expressive speech with a message related to the War Between the States and does not include Confederate markings, The expressive speech, and message projected by the Monument is generally understood to be from the mothers, sisters and widows of the war dead. The petitioners are the lineal descendants of these mothers, sisters and widows and would suffer irreparable harm should the memorial to their relatives be damaged or destroyed.”

The plaintiffs argue the monument differs from memorials constructed during the Jim Crow era in that it is meant to present a message of "loss and sorrow" from the war rather than to vindicate it.

The descendants behind the lawsuit are calling for a "feasibility study from the Historical Architectural Review Board" before any efforts can be made to remove the monument.

Video submitted by a viewer shows what appears to be St. Augustine police officers removing flowers, flags and decorations from the fence surrounding the boarded up memorial. First Coast News reached out to the police department for information as to why the decorations were removed but did not receive a response.