2nd single-engine plane crashes in Elkton, Fla., two pilots on board, both OK

Deputies said the plane crashed in a farming field near Canal Road with two people on board. 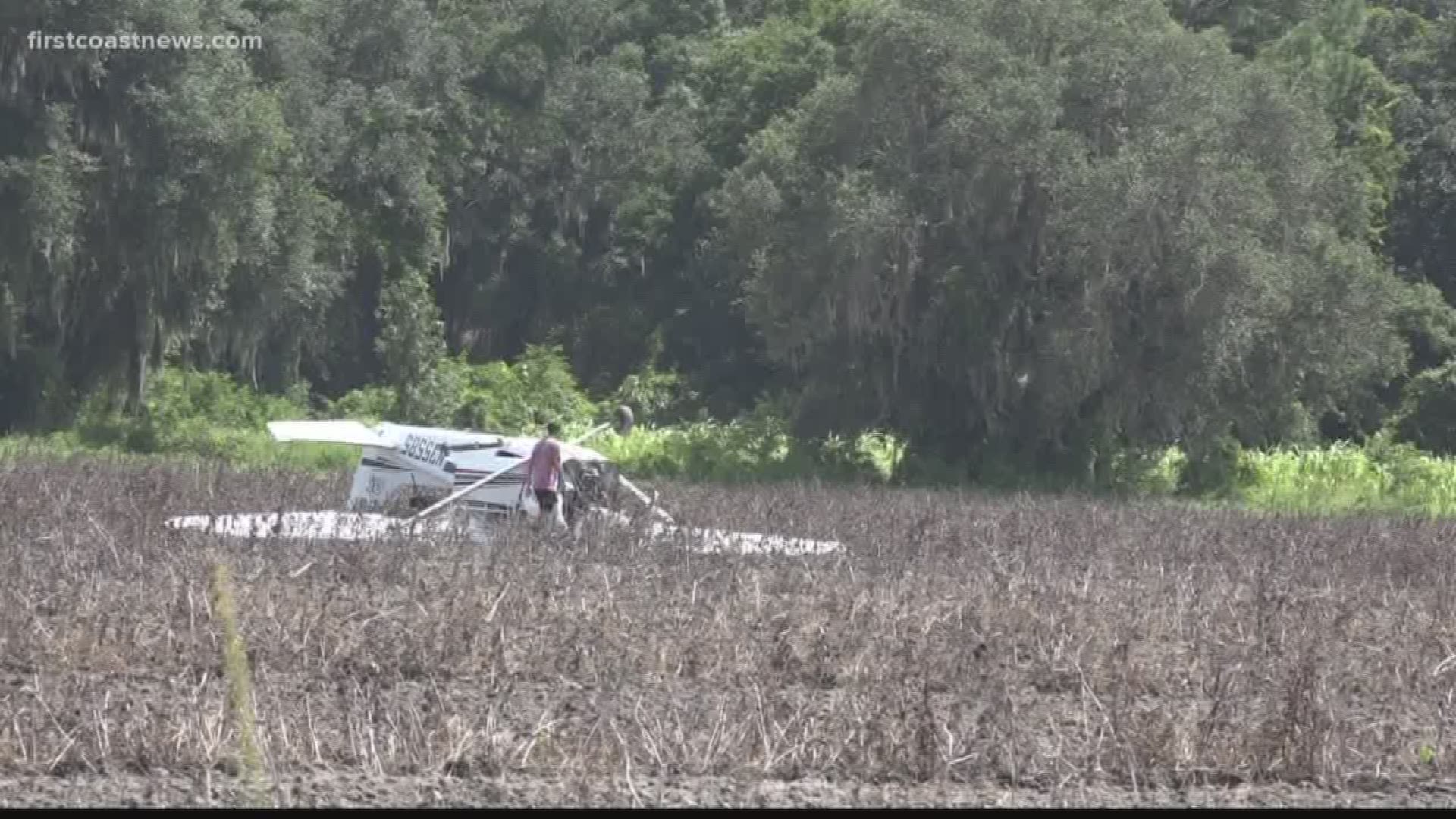 A second single-engine plane has crashed Sunday morning, this time in Elkton, Florida which is located about 9 minutes away from Hastings, where the first plane crash took place.

According to the Florida Highway Patrol, around 9:21 a.m., a pilot was practicing emergency drills over a field near County Road 305 and Huff Road, when due to pilot error, the plane crashed and flipped over on its roof.

Both men were uninjured in the crash, and The St. Johns County Sheriff's Office said that both men were walking around shortly after the crash.

The Florida Aviation Authority released the following statement about the incident:

According to the St. Johns County Fire and Rescue Department, the plane was reportedly from a flight school flying out of the Northeast Florida Regional Airport in St. Augustine.

SJCFR said there were no reported fuel leaks or other hazards in the crash and the Jacksonville federal aviation officials have been notified of the incident.

The Florida Aviation Authority released the following statement about the crash:

A Cessna C172 aircraft made a forced landing in a field in Elkton, Florida, about 9:30 a.m. today. There were two people on board. The FAA will investigate.