Wives, children, friends, and dogs gave hugs and kisses to their loved ones who've returned to NAS Jacksonville after deployment. 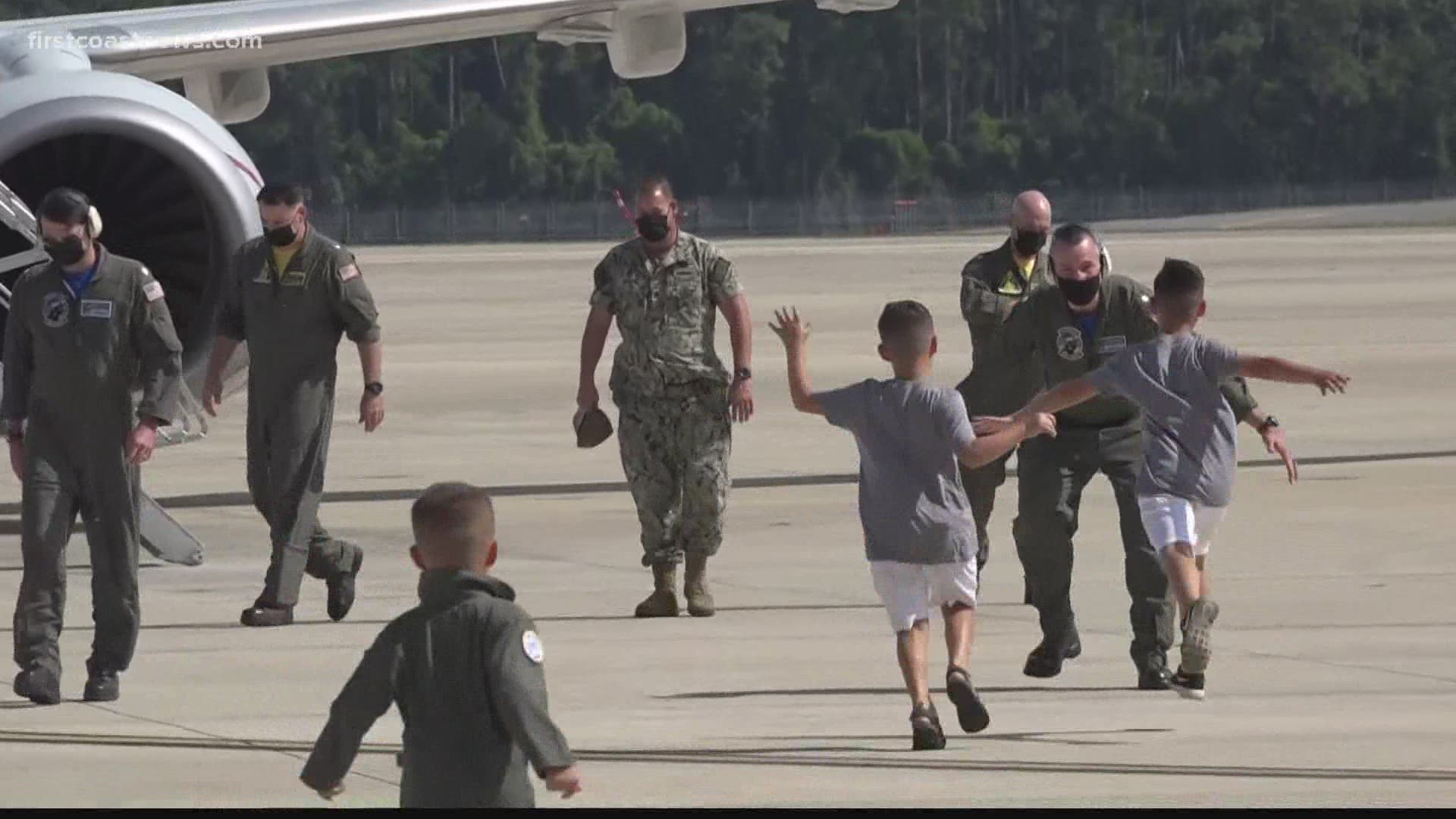 After 6 months in Japan, the "Mad Foxes" of VP-5 are back on American soil. NAS Jacksonville says "VP-5 conducted maritime patrol and reconnaissance operations with the P-8A Poseidon aircraft primarily out of Kadena Air Base in Okinawa, Japan."

29 service members are returning to NAS Jacksonville on Tuesday. Families were anxious under the hangar waiting for their return.

Executive Officer Commander Frank Sanchez has been in the Navy for nearly 20 years and he describes these reunions as incomparable. He is one of the leaders of VP-5.

“Fly ins are definitely the highlight of deployment marking the end and unquestionable one of the best days in the Navy for all of us,” Sanchez said.

Sanchez returned home to his wife and four kids.

His wife Jennifer says he isn't often deployed so six months is a lot of time apart for them.

"No matter how much hands on you have with people willing to help you, just the absence of daddy not being home is tough," Jennifer Sanchez said. "I can do whatever and say whatever, but when they're missing their daddy there is nothing else that we can do."

Sanchez says his crew’s M-O was to protect, deter and save lives. He says they saved two lost mariners during deployment.

The Navy reports that while on deployment, "the Mad Foxes were awarded the Captain Arnold Jay Isbell trophy. The award recognizes the maritime patrol squadron in the Atlantic Fleet that best demonstrates outstanding performance in the anti-submarine warfare mission set."

WELCOME HOME! 29 @USNavy service members are back from a 6 month deployment in Japan. 12 arrived at @NASJax_ at 10 a.m. and 17 will arrive shortly around noon. @FCN2go pic.twitter.com/WcCSsO76le