25-year-old woman dies in crash on I-95 South in St. Johns County; 12-year-old in critical condition

The driver of the sedan was pronounced dead at a hospital the following Sunday morning, according to the report. She was not wearing a seatbelt, the report said. 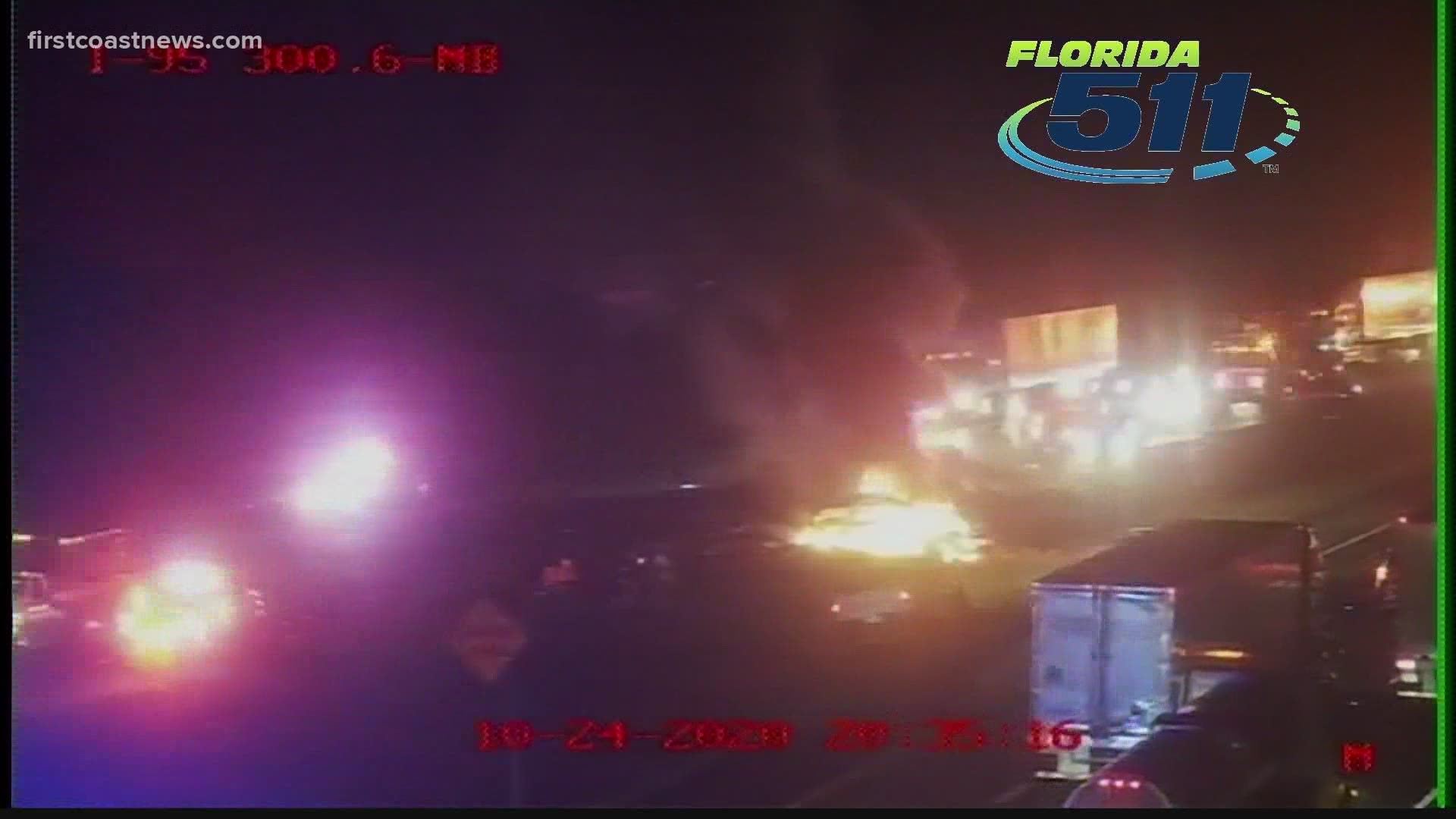 ST JOHNS, Fla. — A 25-year-old Palm Coast woman died Sunday morning and a 12-year-old St. Augustine girl is in critical condition after a multi-vehicle crash that shut down Interstate-95 South for hours Saturday night, according to Florida Highway Patrol.

According to the FHP report, an SUV driven by a 42-year-old woman with a 12-year-old girl as a passenger was traveling north on I-95 South in the area of mile marker 300 in the left travel lane. At the same time, a tractor-trailer was traveling south on I-95 in the area of the same mile marker in the center travel lane, according to FHP. A sedan driven by the 25-year-old woman was also traveling south on I-95 in the left lane a short distance behind the tractor-trailer, FHP said.

The FHP report said the SUV left the roadway to the left and crossed the grass center median before entering the southbound travel lanes and colliding with the tractor-trailer. The sedan then collided with the right side of the SUV, FHP said.

The driver of the sedan was pronounced dead at a hospital the following Sunday morning, according to the report. She was not wearing a seatbelt, the report said.

All southbound lanes were closed for hours as traffic was diverted to US-1. Sometimes after 11:30 p.m., all lanes reopened.

RELATED: I-95 South in St. Johns County reopens after crash blocks all lanes