Many have found 2020 exhausting. For some Black women in Jacksonville, it’s been a catalyst. 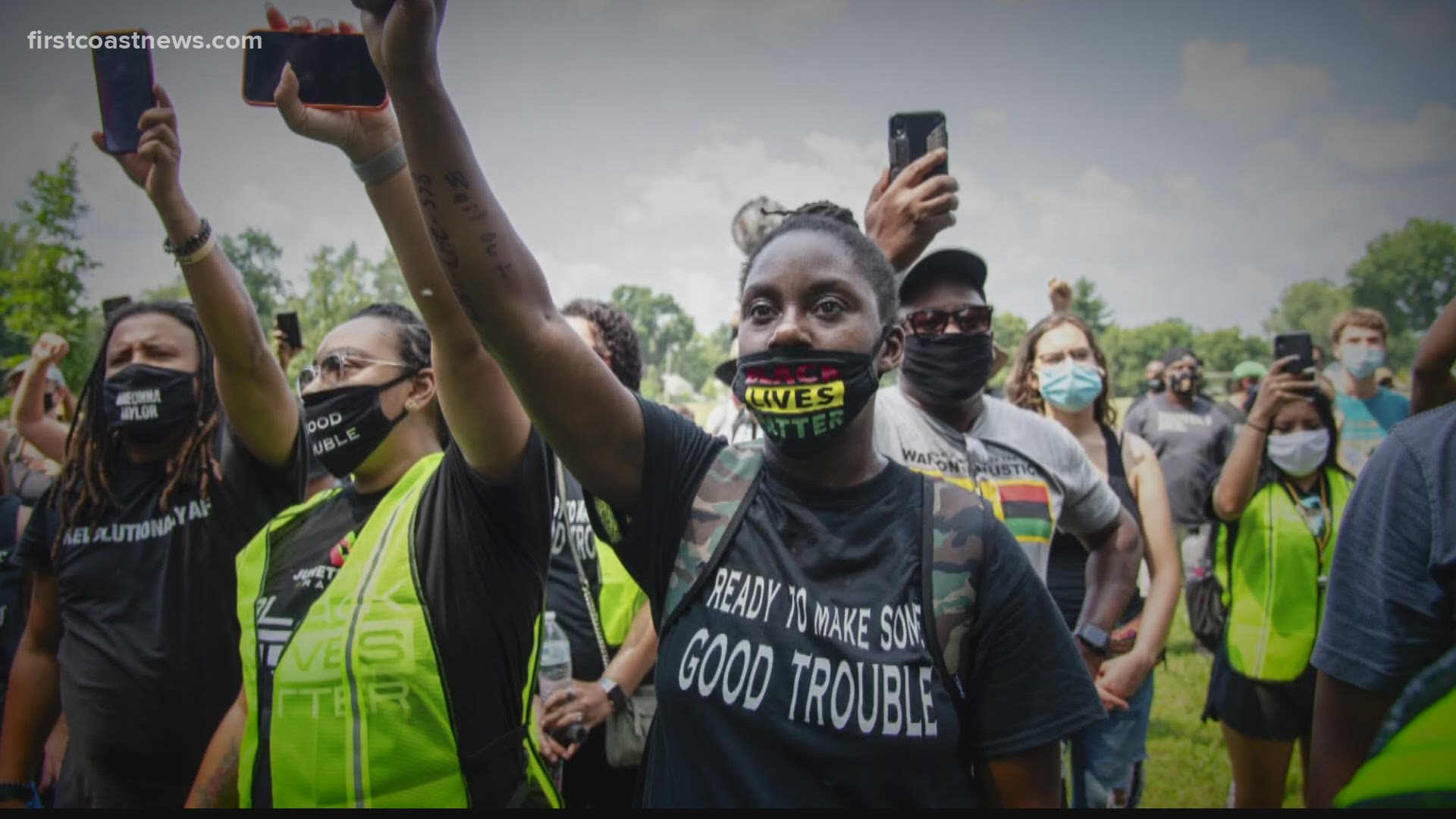 JACKSONVILLE, Fla. — It has been a year: a deadly pandemic, a presidential election and the social upheaval and political reckoning that followed the police killing of George Floyd.

But while many have found 2020 exhausting, for some Black women in Jacksonville it’s been a catalyst.

"We are the change agents," said Rosemary McCoy, a member of the Harriet Tubman Women's Auxiliary.

"We need to have a seat at the table," said Kruzshander Scott, executive director of the National Council of Negro Women.

First Coast News spoke with a group of women on the side of Myrtle Street, where some of their faces are painted on a mural after leading protests in their city.

From 1619 to 2020, the story of Black women in America is still at a crossroads between racism and sexism. Breonna Taylor, killed by Louisville police, struck a specific chord.

Statistically, Black women have a lot of ground to make up. Black women make 64 cents to the dollar compared to what a white man makes. Black women are three to four times more likely to die from pregnancy, reports the CDC. There were 22 Black women in Congress before election day. That's out of 535 members of Congress.

Dr. Tammy Hodo is a diversity consultant in Duval County.

"One of my biggest pet peeves is I hear people say, 'Well why don't they pull themselves up by their bootstraps?' And the reality is some people were born with no boots," she said.

"Even if you think of the Civil Rights for the '60s, the women were engaged but they were in the background and you saw the African American men at the forefront," she said. "We're seeing women that are at the forefront. They were three women who initiated that hashtag when Trayvon Martin was killed."

Hodo says Black women are taking action where it matters.

"We need to look at legislation and recognize that when this nation was founded it was really about white, cis-gendered males," Hodo said.

The numbers also show progress in areas Black women can control. Black women are reportedly earning more degrees than any other group. Black women-owned businesses are also growing faster than any group.

"Our seat at the table involves including us in forums, having us on those boards," said Scott.

Where the community roots for the Black Lives Matter movement, Black women's lives are the root of it.