Deputies are on the scene of the 2800 block of Henley Road in Green Cove Springs, according to a Facebook post from the sheriff's office. 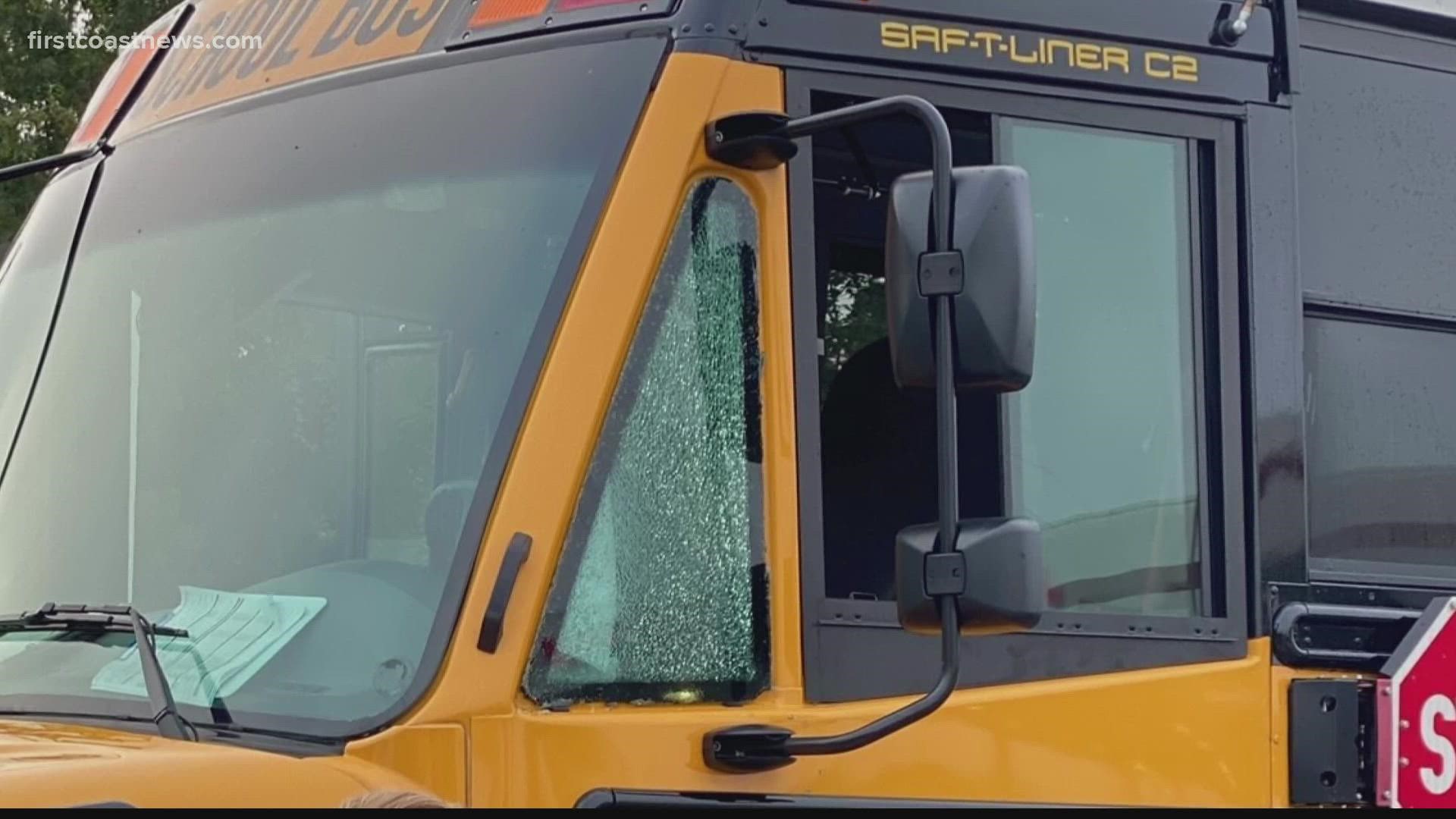 Deputies are on the scene of the 2800 block of Henley Road in Green Cove Springs, according to a Facebook post from the sheriff's office. No injuries were reported, the post says.

There was one student on each bus at the time both were struck, according to the sheriff's office. The students were each transported to school by different means.

One of the buses has a broken window (photo below). Deputies are searching for the person responsible.

"...The criminal act of shooting a BB gun at a school bus in transit is a serious offense. The perpetrators could be charged with Shooting Into an Occupied Vehicle, a 2nd-degree felony offense, and could bring a maximum 15-year sentence in prison under Florida law.  Additionally, it is illegal for a minor to possess a BB gun without adult supervision."

The sheriff's office says this is still an active investigation. Anyone with information about the investigation is asked to call the Clay County Sheriff's Office non-emergency number at 904-264-6512.

RELATED: Sheriff warns kids 'with a firearm is a recipe for disaster' after increase of teens charged in gun crimes