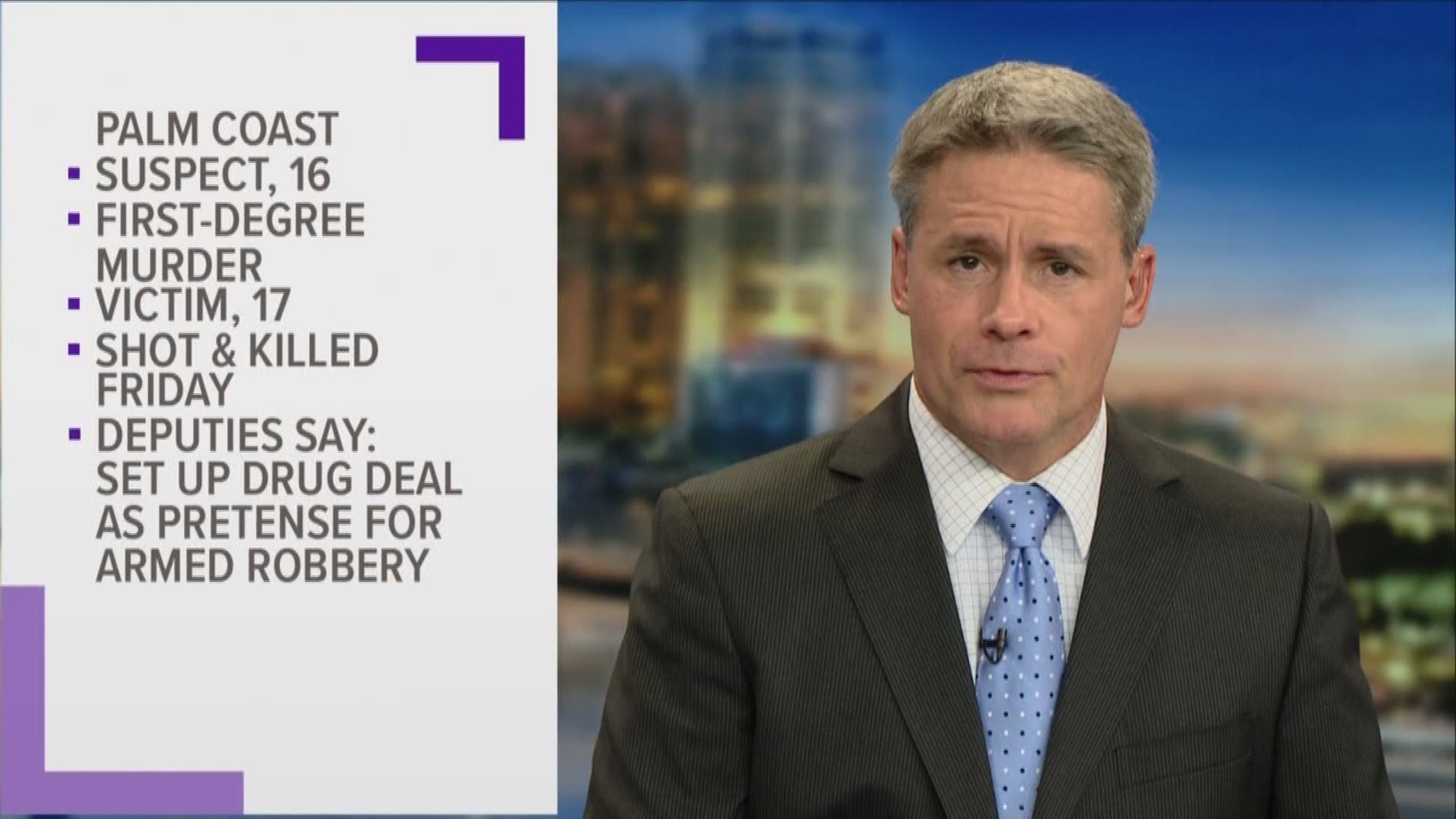 PALM COAST, Fla. — A 16-year-old boy has been charged with first-degree murder in connection to the death of a 17-year-old boy in Palm Coast, according to the Flagler County Sheriff's Office.

Deputies said the teen suspect is accused of shooting and killing 17-year-old Elijah Rizvan in a robbery disguised as a marijuana drug deal.

Witnesses told police that Rizvan was meeting to sell marijuana to someone after the arrangement was made on SnapChat.

Unknown to Rizvan, the person on the other end of the arrangement reportedly planned to rob the victim, police said.

Once Rizvan was at the location, witnesses told deputies that a silver or gray sedan pulled up and two males got out the car and grabbed Rizvan by his arms.

Deputies said Rizvan was shot in the chest and the two males got back in the car and sped off.

Through SnapChat, deputies were able to find a potential witness who resides in the Island Estates neighborhood. In that neighborhood, deputies found a gray Ford Focus matching the vehicle description provided by witnesses.

Deputies said video surveillance from the scene of the crime showed a vehicle matching the Ford Focus in the area just two minutes before the deadly shooting. The Focus was also shown speeding away minutes later, deputies said.

The 16-year-old suspect was identified by three witnesses as the shooter, according to the sheriff's office.

The teen was then contacted by deputies at 5:20 p.m. on Saturday and was interviewed at the Flagler County Courthouse, where deputies said he admitted to being in the Ford Focus with the three witnesses at the time of the shooting.

The teen was arrested early Sunday morning just after 3:45 a.m. and was taken to the Department of Juvenile Justice in Daytona Beach.

Additional charges are likely, according to the sheriff's office.