150-200 people remain in Downtown Jacksonville homeless camp; all will move to temporary shelter next week

A slew of local non-profits and city entities are working together on a massive effort to re-house and re-integrate all of the current campers. 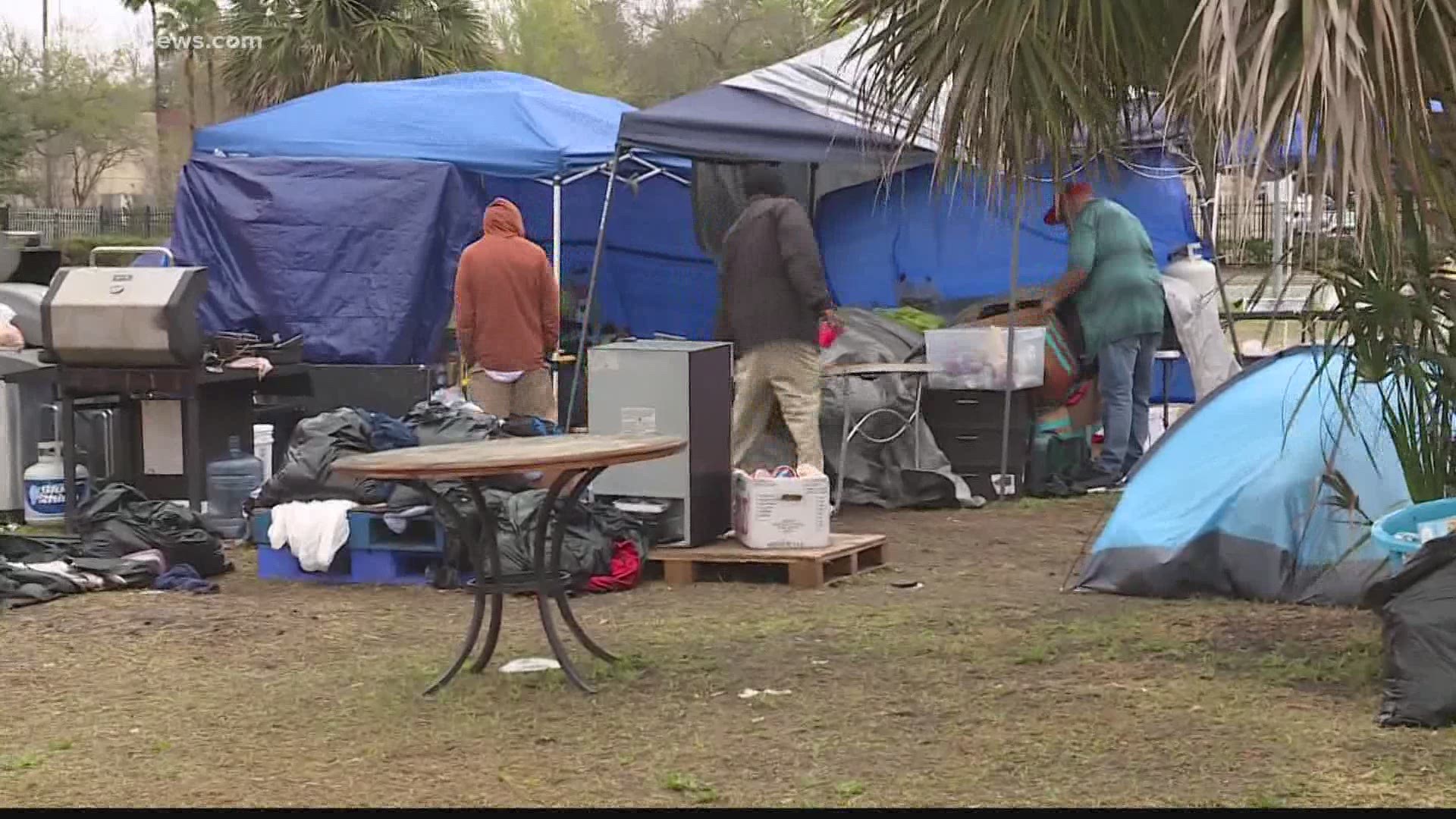 JACKSONVILLE, Fla. — A large-scale effort to move, re-house and re-integrate people living at the homeless camp in Downtown Jacksonville will launch when the city's shutdown of the camp begins Tuesday.

Non-profit leaders estimate 150-200 people remain at the site as of Friday.

Early in February, the first phase of the Pathway to Home program began when the city moved dozens of homeless people into hotel rooms and off the streets for 30 days.

Now, downtown non-profits are collaborating with the city to do something similar for the hundreds who remain at the camp: moving them to a temporary, 30-day shelter and providing a number of resources to help them get back on their feet.

"We're making a special effort to make sure that they do have housing at the end of the day," said Councilwoman Ju'Coby Pittman, the CEO of the non-profit Clara White Mission, which is involved in the effort.

Pittman said the plan is to take all of the people currently at the camp to a sheltered site with wrap-around services like job training, transportation and mental health resources.

"We'll actually do an intake on each person, stabilize them, provide housing, develop a plan for them to get services," she said. "Within the 30 days time frame, we're looking to put them in housing."

Pittman compared the effort to prepare for a hurricane. Volunteers from the non-profits and the Red Cross will assist in the massive effort.

"We want to be a part of their progress in migrating back into the community and get their life back," she said. "We feel that if we bring these services together, we've done our job as a community."

If you'd like to get involved, organizers are looking for both volunteers and donations of needed items.

For information on how to volunteer through the Red Cross, click here.