The shooting happened at an apartment complex in the 9600 block of Baymeadows Road. 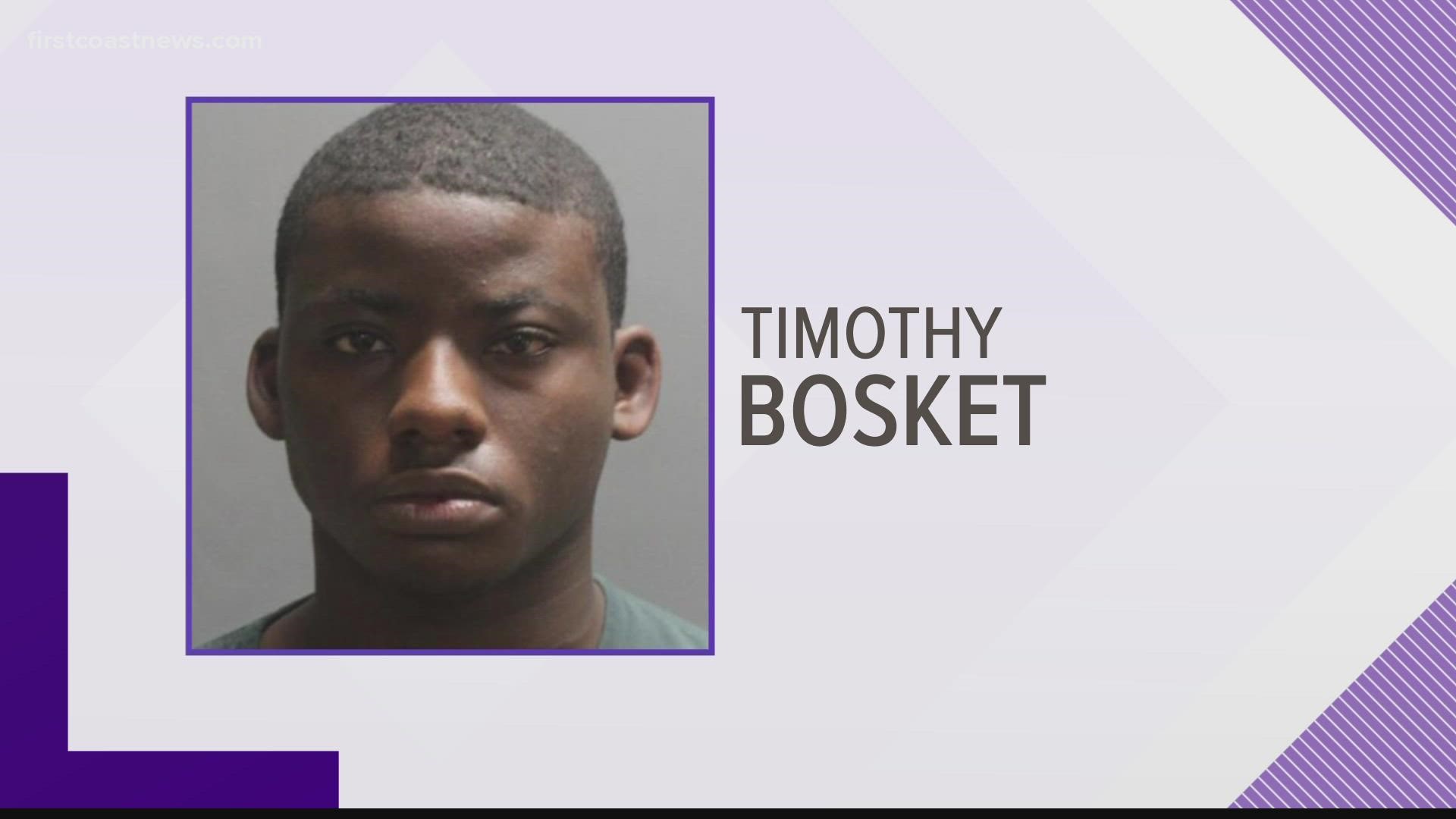 JACKSONVILLE, Fla — The Jacksonville Sheriff's Office arrested an 18-year-old man in connection to the shooting of a 14-year-old boy Sunday morning in the Baymeadows area.

At about 4:10 a.m., officers responded to a shooting call at an apartment complex in the 9600 block of Baymeadows Road, according to the Jacksonville Sheriff's Office.

When officers arrived at the scene, they found a 14-year-old boy with a gunshot wound. First responders took him to the hospital with non-life-threatening injuries, police said.

Investigators believe there was a fight at the door where the shooting happened, and then a shot was fired, according to the JSO.

On Sunday, police said they believed two people were involved in the shooting.

Police announced Monday they arrested 18-year-old Timothy Bosket in connection with the shooting.

Anyone with information is urged to call the Jacksonville Sheriff's Office at 904-630-0500 or you can email JSO at jsocrimetips@jaxsheriff.org.