The child suffered minor cuts on her right foot and ankle. 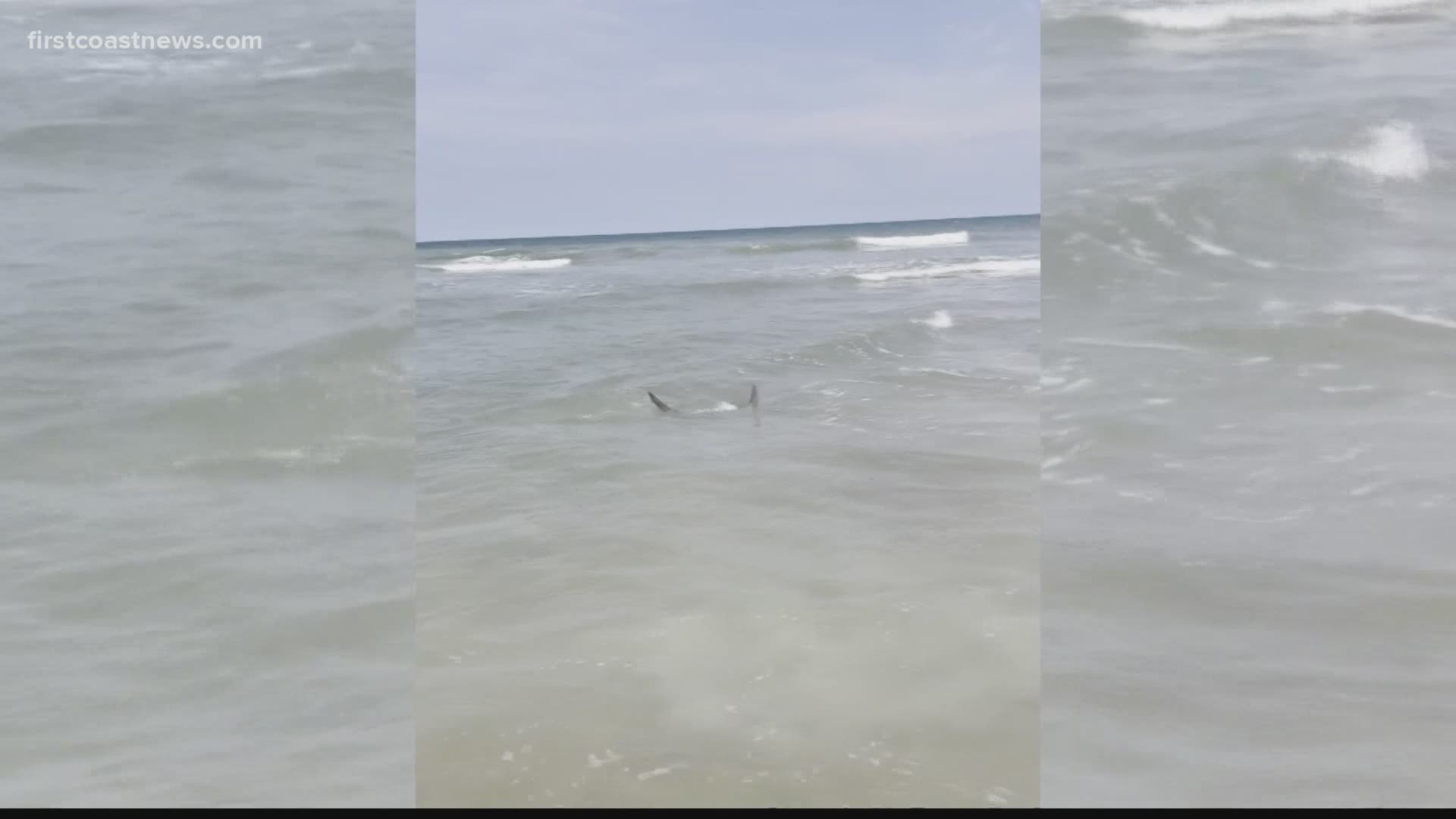 FERNANDINA BEACH, Fla. — A 13-year-old child is expected to be OK after being bitten by a shark at Seaside Park Sunday afternoon, according to the Fernandina Beach Fire Department.

Lifeguards found a 13-year-old girl with minor cuts on her right foot and ankle, authorities said. After being notified of the incident, lifeguards closed the immediate waters to swimmers for safety reasons.

“She was in only about two feet of water it was not very deep, they were in a slough that runs between the sand bar and beach," said Haynes Cavender, ocean rescue supervisor.

Cavender says the teenage girl was sent to Baptist Medical Center Nassau for her injuries.

“They don’t happen often but I mean we do have sharky waters. You know northeast Florida is very sharky and in addition, the water is murky so they can’t really see anything and it’s pretty much all touch and feel for sharks," said Cavender.

Cavender says he encourages people to stay out the sloughs and on the edges of sandbars in the water because that’s where the sharks congregate and feed.

“Dusk and dawn are feeding times for sharks so we don’t want to go in the water at that time. We don’t want to wear any shiny jewelry, bracelets, rings, or anything like that because it resembles a fish," said Cavender.

At this time authorities have taken all precautions to alert beachgoers of the dangers in the water, and Lifeguard Zone Supervisors are continuing to monitor the beaches for any presence of dangerous marine life, the fire department said.

Double-red flags were lowered after two hours at the location of the incident, and the water is now back open to the public.

Authorities said the child is currently stable with non-life-threatening injuries. The child was unaware of the type of animal that bit her.