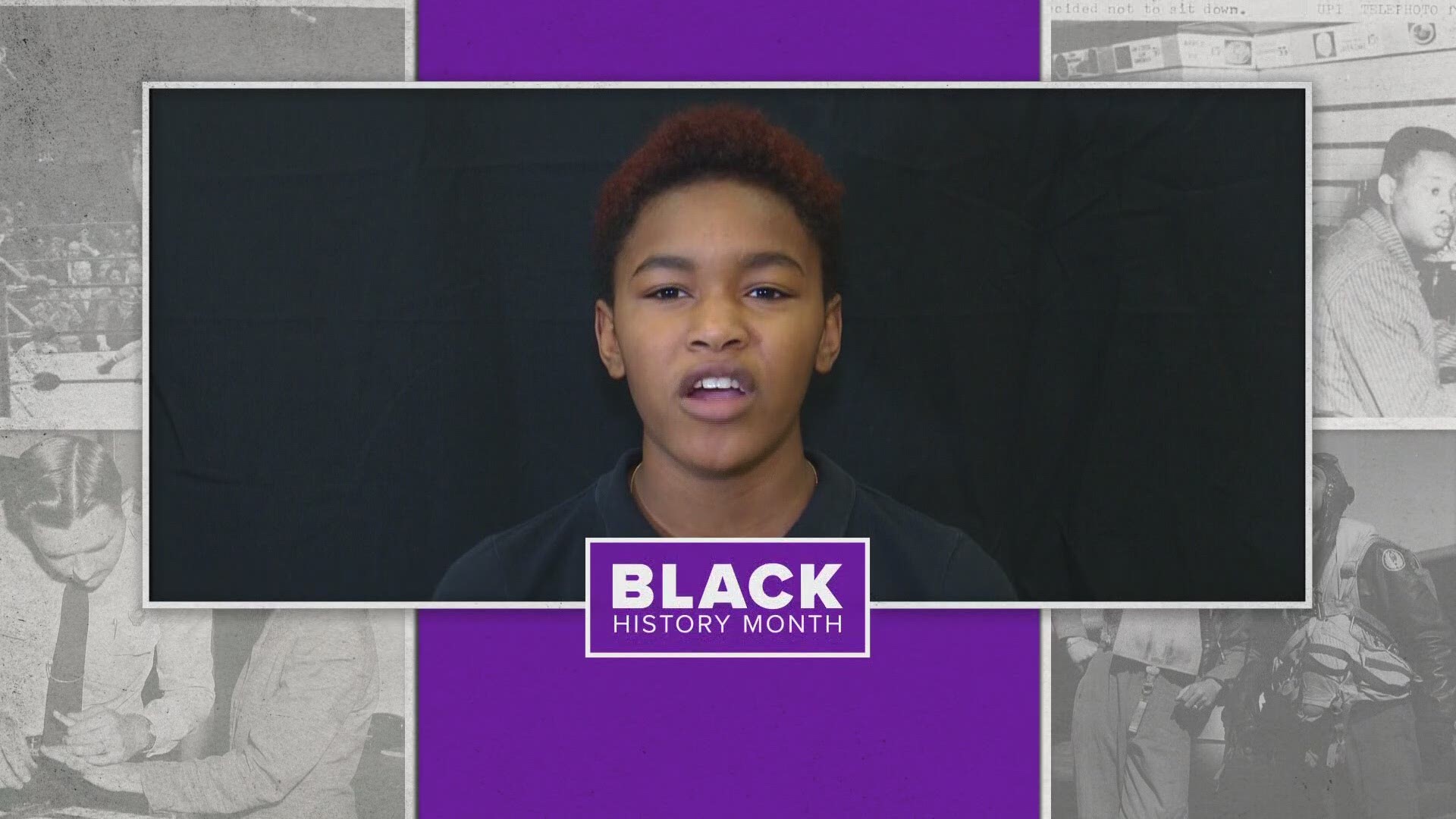 While Jacksonville’s history is replete with African-American icons who shaped this country — T. Thomas Fortune, Zora Neale Hurston, A. Philip Randolph and many others — perhaps none represented the city so much to a national audience as the Johnson brothers.

James was the principal of the largest school in Florida, the first black lawyer in the state since Reconstruction, a diplomat, a poet, a political activist, a professor, the leader of the National Association for the Advancement of Colored People and a journalist who unleashed his sense of justice with satire and wit in an astonishing 2,000 editorials in a nine-year period.

His younger brother, John, was a musical prodigy who toured Europe, wrote songs for Broadway and vaudeville. He pushed against the stereotypical minstrel portrayals of black life to create more human portraits.

Together the brothers wrote one of the most significant songs of the last 150 years, “Lift Ev’ry Voice and Sing,” which would become adopted by the NAACP as its official song, hailed by many as the black national anthem and recited by black churches and schools across the country.

The song turned 120 on Wednesday, something that in its hometown was marked by an inaugural celebration called “120 Years of Lifting Our Voices,” a community singing of the words at the Ritz Theatre and Museum.

“Lift Ev’ry Voice and Sing” was first performed by a choir of 500 schoolchildren at the segregated Stanton School where James Weldon Johnson was principal.

It’s been covered and adapted by pop singers and jazz and gospel ensembles, and by artists from Ray Charles to Beyonce, who drew much attention after she sang a few lines during her headlining act at the Coachella Music Festival in 2018.

And at the 2009 inauguration of Barack Obama, the nation’s first black president, the Rev. Joseph Lowery began his benediction by quoting from the Johnson brothers’ song.

It was an optimistic song, as seen in this lyric:

Sing a song full of the faith that the dark past has taught us,

Sing a song full of the hope that the present has brought us;

Facing the rising sun of our new day begun,

“Lift Ev’ry Voice and Sing” notably did not flinch, however, from the indignities and cruelties inflicted upon generations of black people, as seen here:

Stony the road we trod,

Felt in the days when hope unborn had died;

Yet with a steady beat,

Have not our weary feet

We have come over a way that with tears has been watered,

We have come, treading our path through the blood of the slaughtered,

Out from the gloomy past,

’Til now we stand at last

Where the white gleam of our bright star is cast.

Imani Perry is a Princeton University professor who wrote a book on the song, “May We Forever Stand: A History of the Black National Anthem.” In a recent article on the online Crisis Magazine, the official publication of the NAACP, she explained the song’s power.

A LITERARY AND MUSICAL HOME

A constant in the Johnson home was literature and music. James Weldon Johnson would later write about his childhood love of Charles Dickens, Sir Walter Scott and Frederick Douglass.

He also grew up hearing stories from his parents. How his mother’s father was the first black man in the Bahamas to win election to the legislature. How his mother and father, both born in freedom, left the United States during the Civil War for fear of what would happen if the South won. How his father, inspired by an entrepreneurial spirit, moved the family to Jacksonville when he heard it would soon become a Northern vacation spot.

His father became headwaiter at the St. James Hotel, a luxury hotel downtown, and his job attracted high-class visitors to their home in LaVilla. Johnson’s mother, meanwhile, found work teaching at the Stanton school, the first school for black children in the state.

When James Weldon graduated from Atlanta University, he returned to Stanton, then perhaps the state’s largest school as well as its first school for black children, as principal.

As principal, he expanded the school to offer high school classes.

As a poet, he commemorated what would’ve been the 91st birthday of Abraham Lincoln with his famous song, originally sung by his school children, with his brother writing the music. As they finished, he later wrote, “I could not keep back the tears, and made no effort to do so. I was experiencing the transports of the poet’s ecstasy.”

While teaching and writing, he also became the first black attorney after Reconstruction to pass the Florida Bar. All the while, he spent his free time traveling with his brother, writing music. He also launched a newspaper.

After the Great Fire of 1901, he was speaking to a light-skinned journalist about the ways the black community was hurt. Militia believed the woman was white and arrested Johnson. He was eventually released and left Jacksonville for the north where he began working in Republican politics, writing campaign songs for Teddy Roosevelt.

He was fluent in Spanish, thanks in part to Jacksonville being a cigar-factory town and one of his best friends being Cuban, so when Roosevelt became president, Johnson became an ambassador to Venezuela and Nicaragua.

He hoped his diplomatic career would last his lifetime, but when Woodrow Wilson and the Southern Democrats took control, Secretary of State William Jennings Bryan told Johnson his career was over.

He started writing for the New York Age, one of the most influential black newspapers in the country and founded by fellow Jacksonville-native T. Thomas Fortune, himself an alum of the Florida Union, the Republican newspaper that became The Florida Times-Union. Johnson wrote thousands of editorials, spelling out the injustices of lynching and American imperialism in Haiti.

“The white chivalry of Byhalia, Miss., got together last week and vindicated Anglo-Saxon supremacy by lynching a negro and his wife on suspicion of burning a planter’s barn,” he wrote in one of his early editorials.

He organized one of the first mass protests, a silent march of about 10,000 through New York City to call for federal anti-lynching laws.

He pointed to the then-emerging civil disobedience of Mahatma Gandhi as a model for blacks living under Jim Crow. As the NAACP’s first black leader, he directed the organization to start challenging the nation’s oppressive laws. “Nothing appeals to modern white civilization,” he once wrote during the First World War, “except power.”

While working on his own essays and poems, he lifted up his fellow black poets by publishing anthologies and teaching creative writing.

As he started working on “Along This Way,” his autobiography, he felt he was writing to two audiences: a black audience examining his past and a white audience looking for him to stand in for all of black America. His book condemned the white supremacy while detailing his past experiences growing up in Jacksonville.