Madison Kirksey has spent four years devoting her time to her group #GetBackUpAgain. It had its first-ever cookout for homeless and underserved people Sunday. 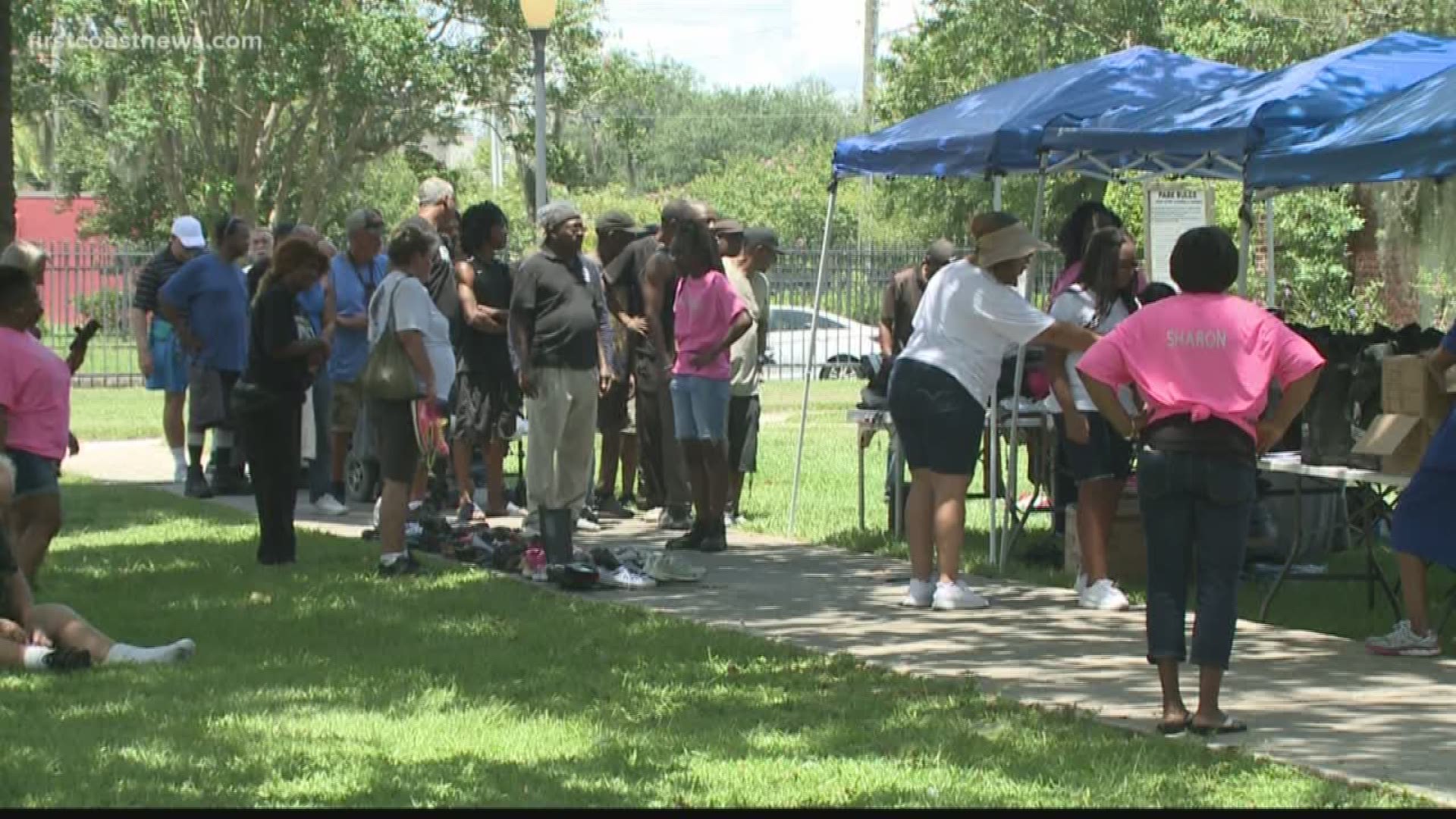 JACKSONVILLE, Fla — As the afternoon heat set in on Sunday, Madison Kirksey, and her group #GetBackUpAgain was just getting started at Confederate Park.

Madison's passion for fighting homelessness and poverty started when she was eight. The student would bring snacks back from school to make goodie bags for people she saw in the streets.

"We just want people to step up for our city and help those who are in need," Madison's mother Erica Holton said.

People in the area started lining up early Sunday afternoon, while the volunteers laid out shoes, clothes, goodie bags and food.

Many of the people already knew Madison. During her visits to the area, the middle schooler is known to bring a notepad and write down people's needs, Holton said.

"I feel happy because all these people are getting what they wanted," Madison said.

The cookout was originally planned for July 4th but had to be postponed. Now, Holton said they plan to hold similar events during future holidays. 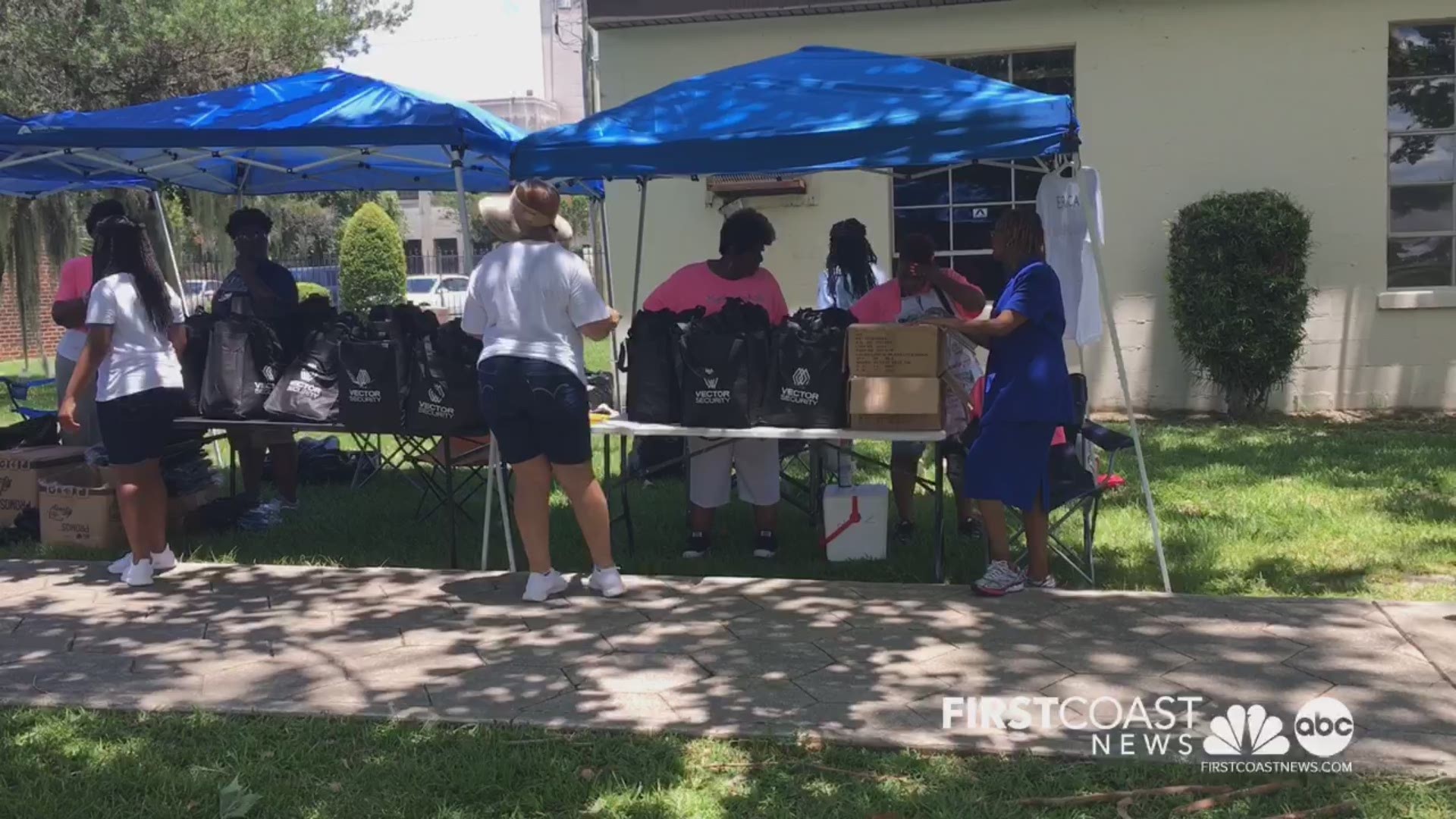 "Sometimes the answer isn't why I got this way but how I can get back to a place where I can become productive again," volunteer Doretta Stevens said.

Around 16 percent of Duval County residents live in poverty, according to the U.S. Census in 2015.

"These are our community members, we're a part of the same community," volunteer Stephanie Reese said. "So to give back to where we live, where we work, play, everything, it's really a blessing."

And Madison has one message for anyone reading.

"Instead of rejecting people, maybe you should pay more attention to who needs it the most," she said.

If you want to get involved with #GetBackUpAgain you can contact Erica at elholton@vectorsecurity.com or (904) 885-2185.