12 injured after trolley involved in accident in Downtown St. Augustine

All of the injuries are considered non-life-threatening, according to St. Johns County Fire Rescue. 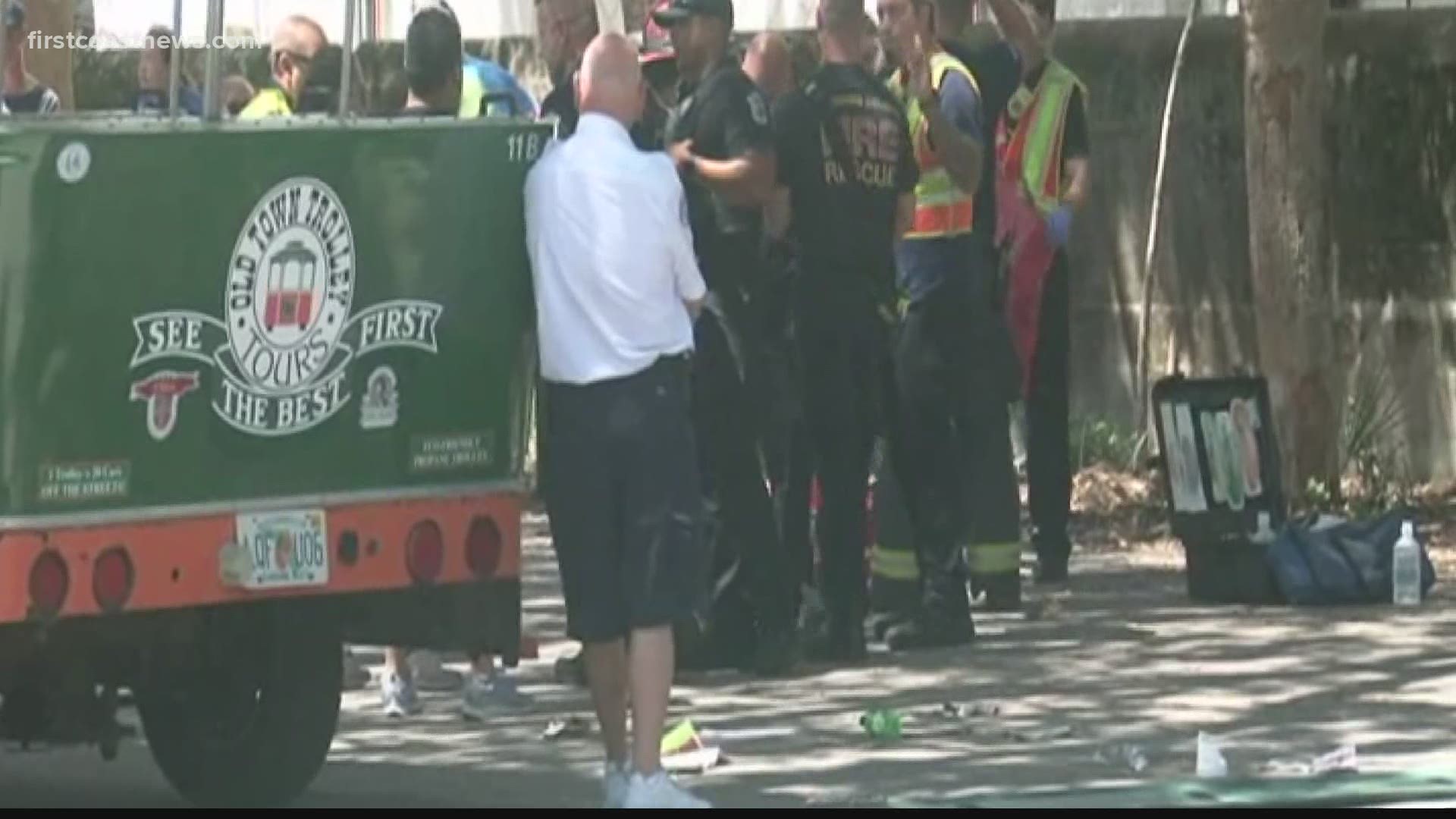 The crash happened between 11 a.m. and 11:20 a.m. at Charlotte Street and St. Francis Street, according to St. Johns County Fire Rescue.

The trolley overturned while it was making a turn, according to the St. Augustine Fire Department.

Twelve people were injured in the crash, including one person who was flown to an Orange Park hospital. First responders took the other eleven by to the hospital by ambulance, the fire department said.

All injures are non-life-threatening.

“We are absolutely doing an internal investigation. We’re going to figure out exactly what happened so it doesn’t happen again," said Dave Chatterton, general manager of Old Town Trolley.

Chatterton says the driver of the trolley that overturned has been working for their company for years and accidents like this are very rare.

“For a very long time in seven cities, upwards like thirty years we’ve never had an incident like this before," said Chatterton.

Chatterton says his prayers are with the guest and families.

Crews responded with several units from St. Johns County Fire Rescue to a report of an accident involving an overturned...