1,000 miles in 11 days; Navy SEALs on a mission to help those in need by riding bikes down the East Coast

A group of five Navy SEALs made a stop in Jacksonville on their way to South Florida as they bike down the East Coast for a good cause. 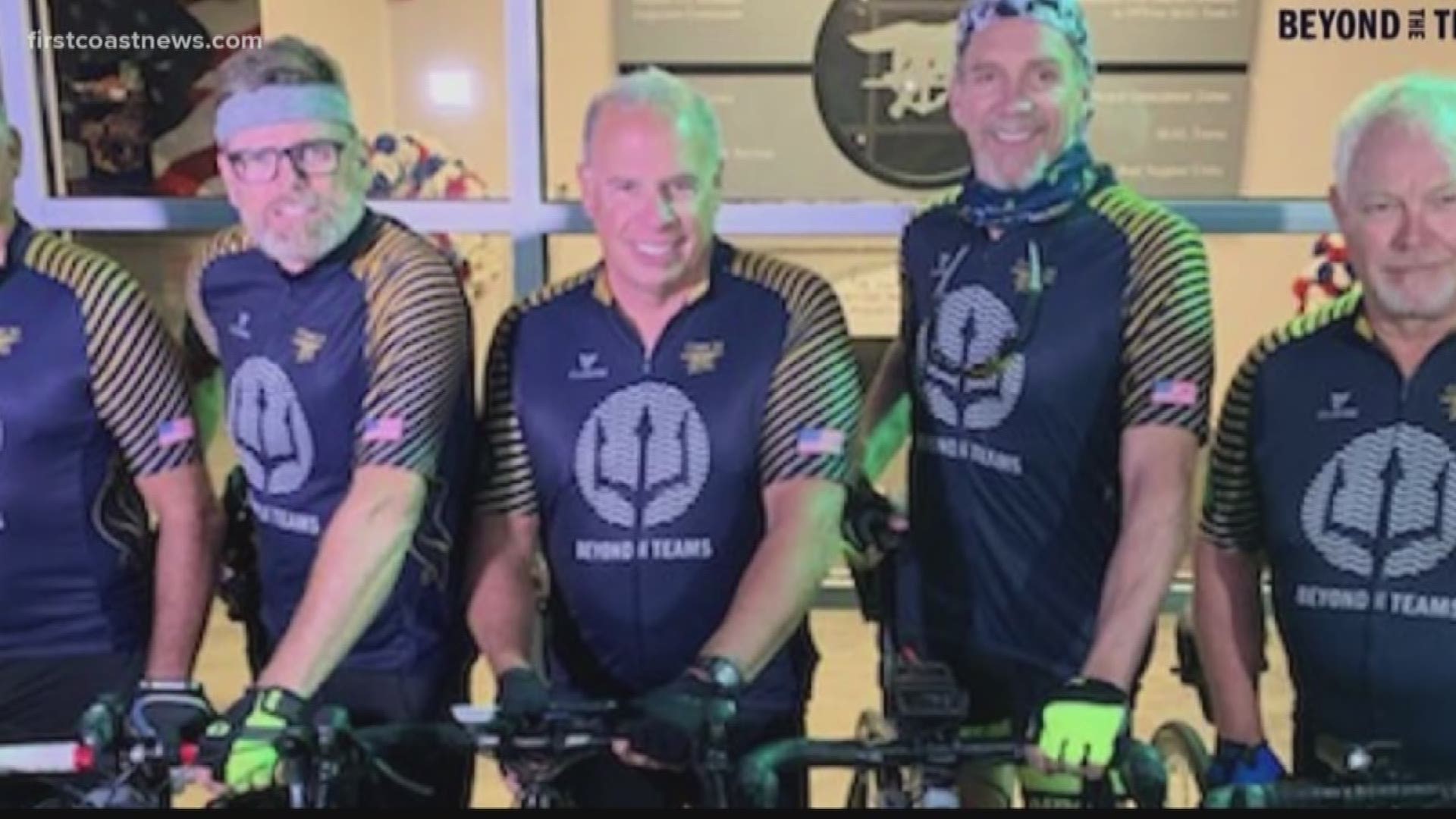 JACKSONVILLE, Fla — They ride with pride and their trip is taking them through the First Coast.

He's part of a group of five Navy SEALs who graduated from training together more than 40 years ago and are once again teaming up to help those with neuromuscular illnesses and injuries.

"We know about some people who have needs, so we put our heads together and came up with this," fellow retired SEAL Mike Charbonnet said.

His son David Charbonnet was injured while stationed in California after a broken back from parachuting left him paralyzed below the waist. He receives care from a rehabilitation center in San Diego and it's that organization that's benefiting from an 11-day, 1,000-mile bike ride Mike Charbonnet and the four other retired SEALs are undertaking this week.

It started in Virginia and will end north of West Palm, Fla.

"He went from being an incredibly high-speed, low-drag individual -- a guy doing things most people only dream about -- to waking up and having no legs," Mike Charbonnet said of his sone. "He has legs but they don't work."

Krista Keating-Joseph is cheering them on. She's a Gold Star mother. Her son Charlie, a Navy SEAL, was killed in 2016 fighting ISIS in Iraq. She's supporting the ride knowing there are families like hers who are getting notified their loved ones were injured or killed in action.

"To see your son come off the plane, being brought from a foreign country, the Navy does a great job with it, but it's just heart-wrenching," she told First Coast News.