The crash happened at the intersection of Cassat Avenue and Yerkes Street, according to the Jacksonville Fire and Rescue Department. 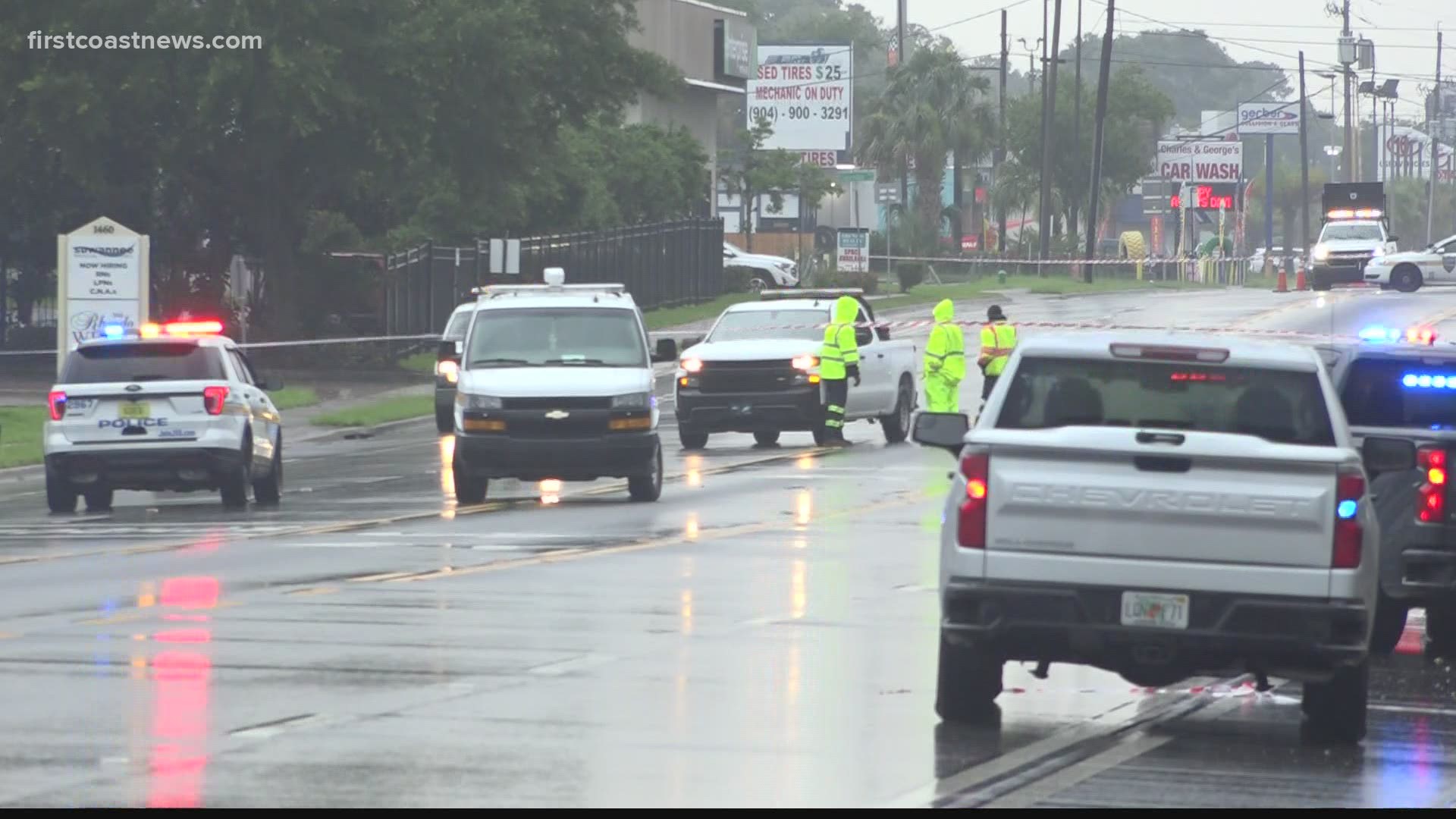 JACKSONVILLE, Fla. — One person is dead and two children are injured after a crash Sunday morning in the Hillcrest area.

The crash happened at the intersection of Cassat Avenue and Yerkes Street, according to the Jacksonville Fire and Rescue Department.

When first responders arrived, they found one person was trapped inside the vehicle.

The investigation revealed that a gray Ford Fusion was traveling north on Cassat Avenue when it lost control and ran off the road.

Police said the vehicle was occupied by a 40-year-old male driver and a seven-year-old boy and a six-year-old girl who were in the back seat.

During the crash, the vehicle collided with a cyclone fence, and the aluminum support beam penetrated the windshield and impaled the driver through the chest, according to the Jacksonville Sheriff's Office.

The driver was pronounced deceased at the scene. The boy had a minor head injury and the girl had cuts and scrapes. Both children were transported to a local hospital for their injuries, JSO said.

Investigators said this is the 108th fatality on a Jacksonville road in 2021.

A downed powerline was also reported by the JFRD. Drivers are urged to avoid the area if possible.

Crews are responding to a traffic accident at Cassat Ave and Yerkes street…S14 is on scene advising one person is trapped.