PONTE VEDRA, Fla. -- It's a dream many of us have: Winning big on a game show. One Ponte Vedra teen appeared on Who Wants to be a Millionaire Whiz Kids edition. 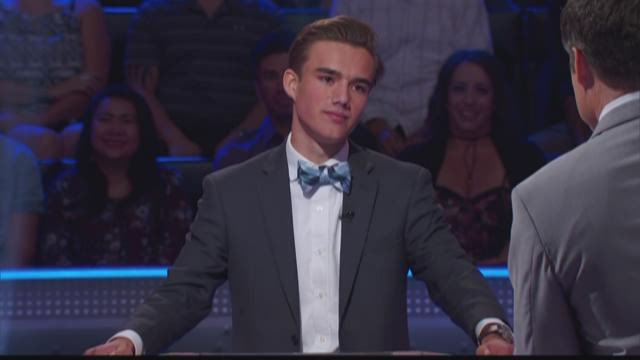 PONTE VEDRA, Fla. -- It's a dream many of us have: Winning big on a game show. One Ponte Vedra teen appeared on Who Wants to be a Millionaire Whiz Kids edition. Chase Magnano is a sophomore at Ponte Vedra High School. His mom Elizabeth Paul says she's not surprised.

Chase was found by a Duke University Talent Identification Program. They sent him an email, and he went through rounds and rounds of quizzes and interviews. That's not it. He also had to study for the show.

"Someone posted all the old episodes on YouTube. So, I took all of those, watched them, and compiled a list based on category, number of times mentioned, and the highest level they were mentioned at. Then I compacted that into an Excel spreadsheet and used that to study properly," said Magnano.

He's giving his winnings back to an organization that's close to his heart.

"I think with an opportunity like this, it's really important to give back. And so, a portion of my winnings will I want to donate to the organization I started called JaxTHRIVE which aims to help new refugee children better assimilate to American society," said Magnano.

He started JaxTHRIVE with his friend Grace. They have 50 volunteers who will spend time tutoring refugee students all across the Jacksonville area.

"I just think they're such a vulnerable population and it's important to make sure they get the proper resources they need and the best possible versions of themselves. I know they're very hard working. And, it's important to utilize all aspects of the population," said Magnano.

Magnano won $50,000. He plans to have a fundraiser in November for JaxTHRIVE. That's when he and his friend Grace will launch the organization.