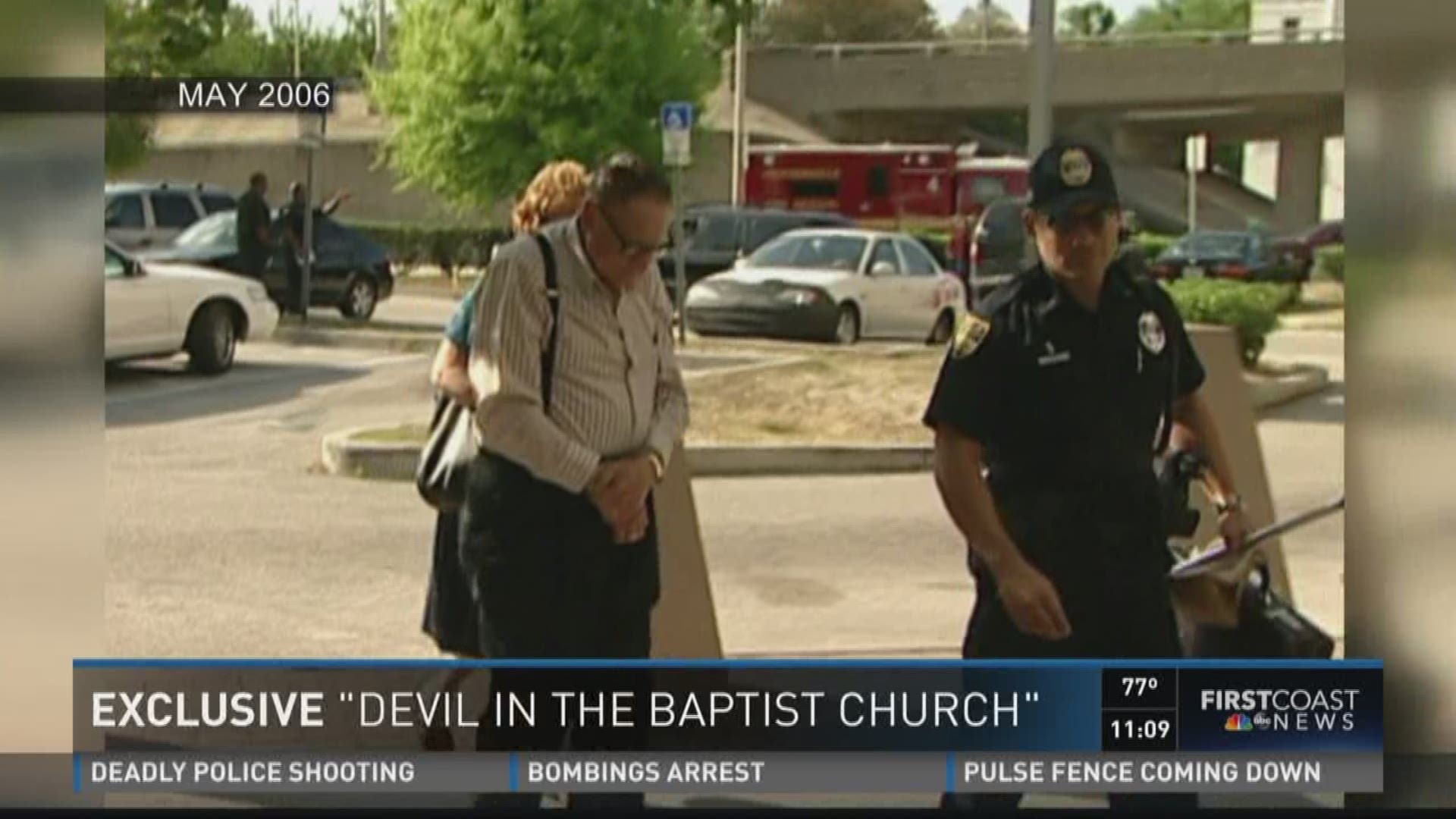 The case rocked the River City.

Back in 2006, the former pastor of a Jacksonville mega-church, Pastor Robert Gray, was arrested and charged with molesting children at Trinity Baptist Church.

Ten years later, a local author says there's more to this story that needs to be told.

"When people don't tell these kinds of stories, they enable predators. The silence enables the predator," says Gilmore.

At 81-years-old, Gray was accused of sexually abusing children in the '60s and '70s. The abuse allegedly happened inside Trinity Baptist Church.

"The church actively covered up his abuse of children for more than half a century," says Gilmore.

GIlmore says the book as first hand accounts from alleged victims and members of the church. None of them ever got their day in court. Gray died before going to trial.

Gilmore says he also confronted the church hoping to get answers to so many lingering questions.

"I spoke to the current pastor Tom Messer who took over after Gray left in 1992," says Gilmore. "This is not an attack on people's faith. It's a story about how people's faith can be taken advantage of."

Gilmore will host a book signing Thursday at UNF Gallery of Art click here for details.