Living with colon cancer: One man's journey through treatment 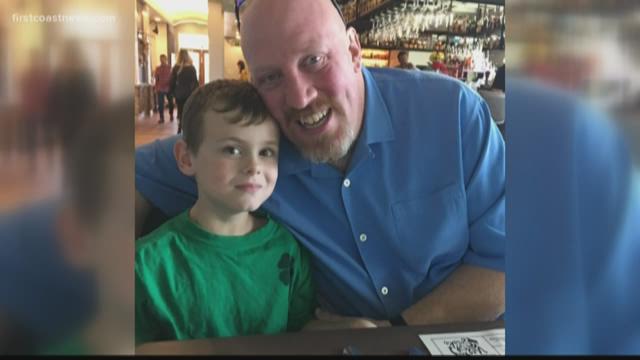 JACKSONVILLE, Fla. - March is colorectal cancer awareness month. A disease that kills nearly 50,000 Americans every year according to medical reports. The latest concern is that younger patients are developing more advanced stages.

Greg Krueger, a 46-year-old father and husband was not expecting a diagnosis that would change his life. A visit to the Mayo Clinic in October 2017 revealed he had colon cancer.

Doctors prescribed chemotherapy. The treatment is hard on the body, but with his wife at his side and a 6-year-old son at home, he is determined to set a good example.

"Being honest with him and saying daddy’s sick and daddy can’t do that right now," Krueger said, "having a young kid who’s used to playing hop-on-pop 24/7 and now he can’t do that and it’s hard."

Dr. Pashtoon Kasi from the Mayo Clinic explained an alarming rise in colorectal cancers among younger patients – in their 20s, 30s, and like Krueger in their 40s. Not to the age of yearly colonoscopies, and many without family history of the disease, also like Krueger. Learning from other doctors, the method and order a cancer is treated can make a difference, Kasi explained.

"Rather than after surgery when it’s difficult to do, before surgery where it probably will have an impact on shrinking down the tumor but also impact on surgery making it easier," Kasi said.

Krueger considers himself fortunate that his cancer was found in an early stage. Meaning more options on the table like clinical trials.

Dr. Kasi said patients in advanced stages face the most difficulty and that is where the most improvement in treatments can be made.

With months of treatment left until the last cell of cancer is gone, Krueger has family keeping him going.