A Jacksonville EMT made a life-saving delivery on Thursday. It's part of his job to take people to the hospital, but this trip to the hospital was anything but routine. 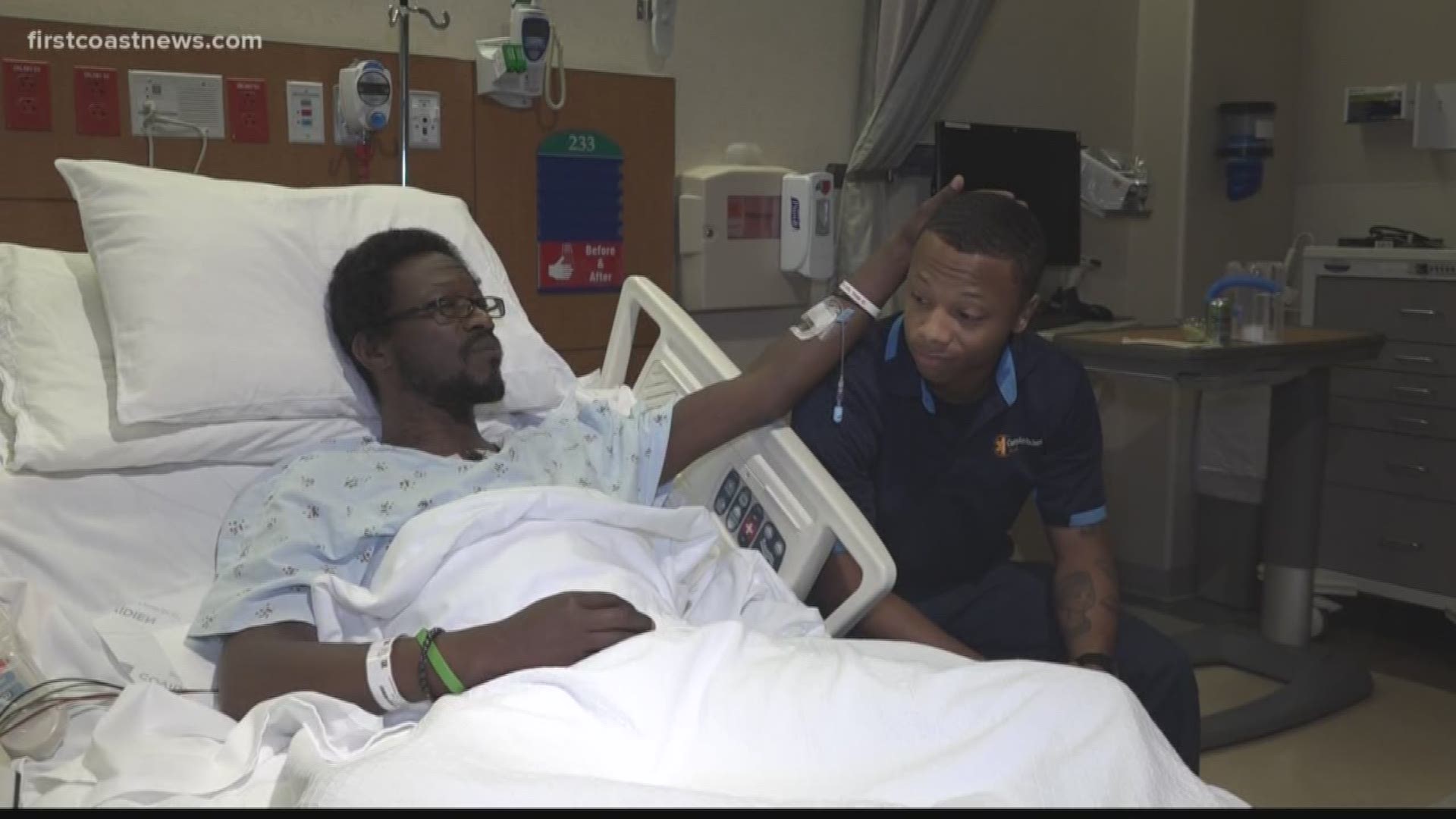 JACKSONVILLE, Fla. — A Jacksonville EMT made a life-saving delivery on Thursday. It's part of his job to take people to the hospital, but this trip to the hospital was anything but routine.

Teddy Ross works at Century Ambulance. On Thursday, he was paged to the airport to pick up an organ and transport it to the hospital. What he didn't realize, was that he was transporting the organ that would save his uncle’s life.

It started as an ordinary day for Ross. When he got to the airport, a few physicians climbed into his ambulance with a cooler, containing a heart.

He drove the ambulance to Mayo Clinic and dropped off the heart, then called his mom, who was waiting for a heart for her brother.

"I couldn’t believe what I just did,” said Ross. “I just transported my uncle's heart."

His uncle, Charles McCain had congestive heart failure and his doctor said he would not have made it without the transplant. He received it just 4 days after getting on the transplant list, hand-delivered by his nephew.

"I'm proud of him,” said McCain. “He's grown up to be an exceptional young man."

"The first thing I thought was… ‘dang I should have been nicer to him," McCain said with a laugh.

The family is celebrating McCain’s second chance at life after Ross recently lost his grandfather.

"I think my dad sent my son as an angel to save his son,” said Lejanay Acklin.

"Now when I sleep, I can literally hear my heartbeat... that's nothing but God," said McCain.

McCain said he understands the magnitude of the gift he received. April is Donate Life month, and he hopes more people sign up to be organ donors. For more information about how to register, you can visit their website at https://www.donatelife.net/ndlm/.

The family also has a GoFundMe to assist them with the medical costs: https://www.gofundme.com/1m2ahotvuo?member=2089954