Kimberly Kessler's attorneys want a judge to suppress evidence they say resulted from a illegal detention and interrogation. 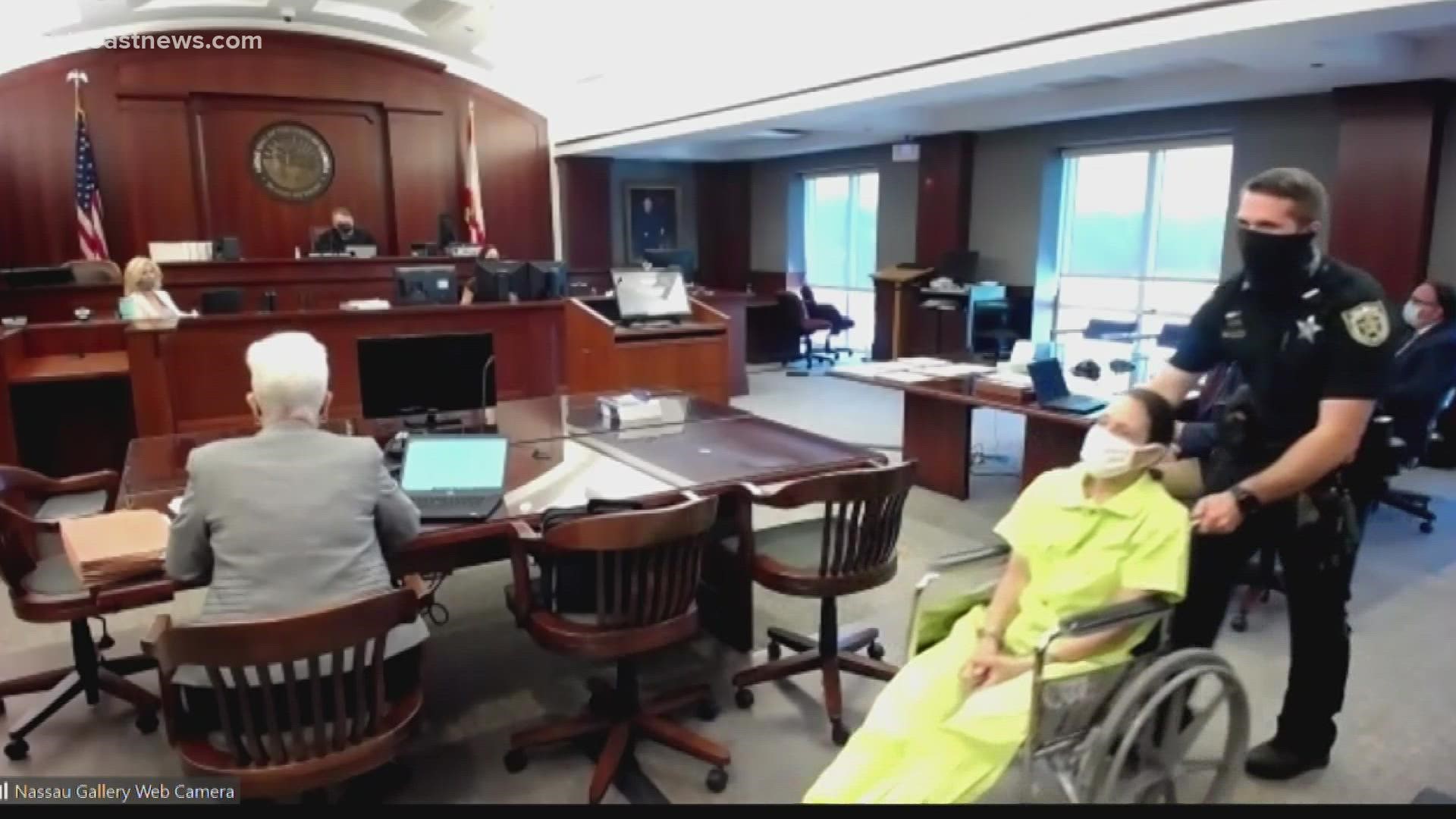 YULEE, Fla. — A woman charged with murder was back in Nassau County court briefly Wednesday morning.

Kimberly Kessler is accused of killing Joleen Cummings, a Yulee hairstylist and mother of three, who disappeared in May 2018 and is presumed dead.

A judge has twice found Kessler mentally competent to stand trial despite a near-fatal hunger strike and a history of disruptive behavior. Wednesday’s hearing began like many others in recent months, with Kessler, wheeled into court in a restraint chair, chanting an erroneous claim that one of her lawyers is related to the victim.

As before, Kessler was taken to watch the proceedings remotely. At the hours-long hearing that followed, her attorneys argued much of the evidence in the case should be suppressed because it was collected using a warrant they say resulted from an illegal detention and interrogation.

“She is approached at a rest stop very late at night, almost midnight. It’s dark. There are nine police officers, she is removed from her vehicle. She is in fact patted down. [Nassau County Sheriff’s Office] Detective [Wayne] Harrington said that people are normally not patted down hen they're engaging in a consensual encounter with the police.”

Assistant Public Defender Teri Sopp questioned Det. Thomas Kelley about the pat down. “You can’t just pat any person down walking down the street unless you encounter and detain them, right?” she asked. “I can, at any point, ask somebody if I'm if I'm interview type situation," he responded, "especially if I think it's possible they're associated with with a crime."

Sopp challenged that. “A citizen is free to go about his or her business without being patted down unless they're being detained by an officer, correct?”
Kelley agreed.

But Assistant State Attorney Donna Thurston pushed back, saying Kessler was never restrained from leaving and was not pressured to answer officer’s questions.

“She was asked, ‘Does she know where Joleen Cummings or her vehicle is?’ And then, ‘what happened [regarding injuries] to your face?’ And to say that that becomes an interrogation simply because the officer, Detective Harrington, then includes it in his probable cause [affidavit] is not -- you can't do that.”

The judge said he will rule on the motions at a later date. Kessler is due back in court in three weeks. Jury selection in her trial is set for Nov. 29.