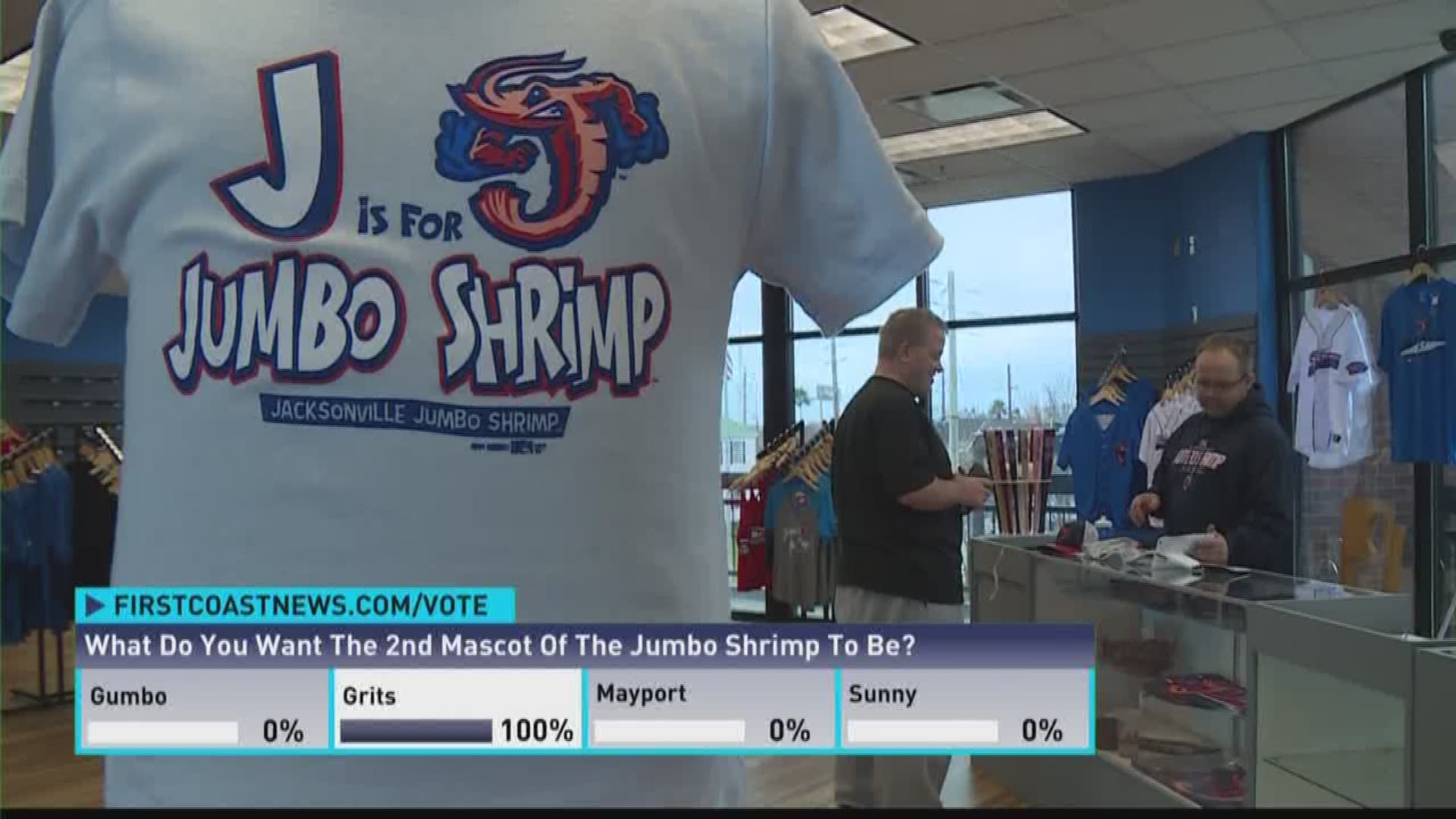 According to a press release, the contest winner will receive season tickets and a chance to participate in the unveiling ceremony.

“The new Shrimp mascot, and our returning mascot, Southpaw, represent the affordable family fun that fans can enjoy at the Baseball Grounds of Jacksonville,” said Jumbo Shrimp General Manager Harold Craw. “We look forward to hearing our fans’ creative name ideas for the newest addition to the Jacksonville Jumbo Shrimp.”


A cartoon design of the new mascot is at www.jaxshrimp.com. From now through Tuesday, April 4, fans can submit names for the new mascot by going to any of the Tom Bush Family of Dealerships’ 10 locations, visiting www.tombush.com, or sending an email to win@jaxshrimp.com with the name suggestion in the subject line and his or her name, address, and phone number in the body of the message.