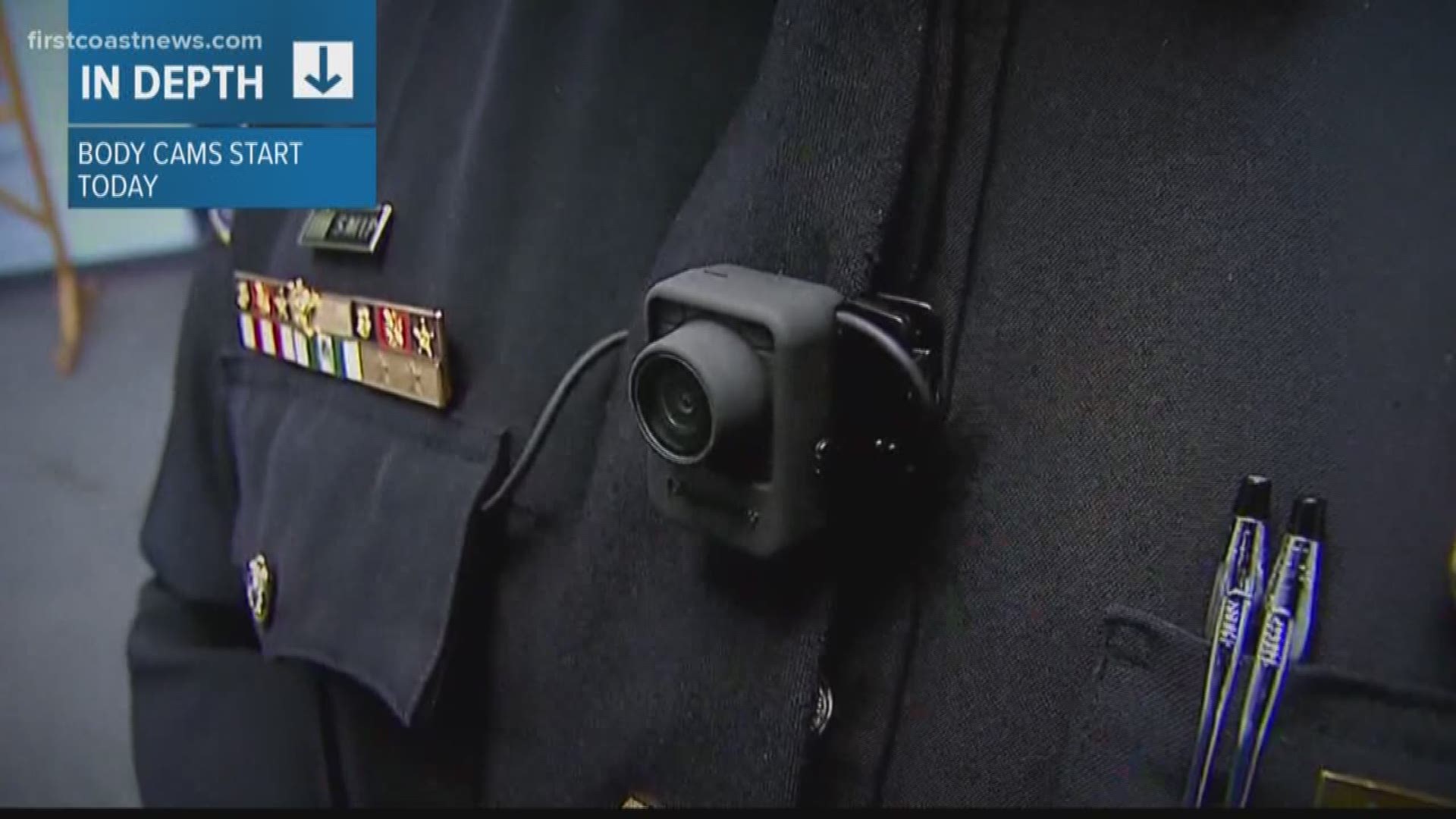 Today is the day! Phase one of our Body Worn Camera Program starts today. These are some of the first officers hitting the street wearing cameras. #JSO #JAX #Jacksonville pic.twitter.com/r4WeJopG37

We learned in July that JSO planned to buy 200 body cameras. They completed their three-phased body camera pilot program in May, which had 30 officers test them out to see how they work.

JSO said it was awarded $997,956 in a grant by the Bureau of Justice Assistance for the body cameras, which was approved in their 2018 budget. JSO said it plans to issue 200 devices with the funds as early as September.