The officer sustained a non-serious injury to his leg and was taken to a nearby hospital. 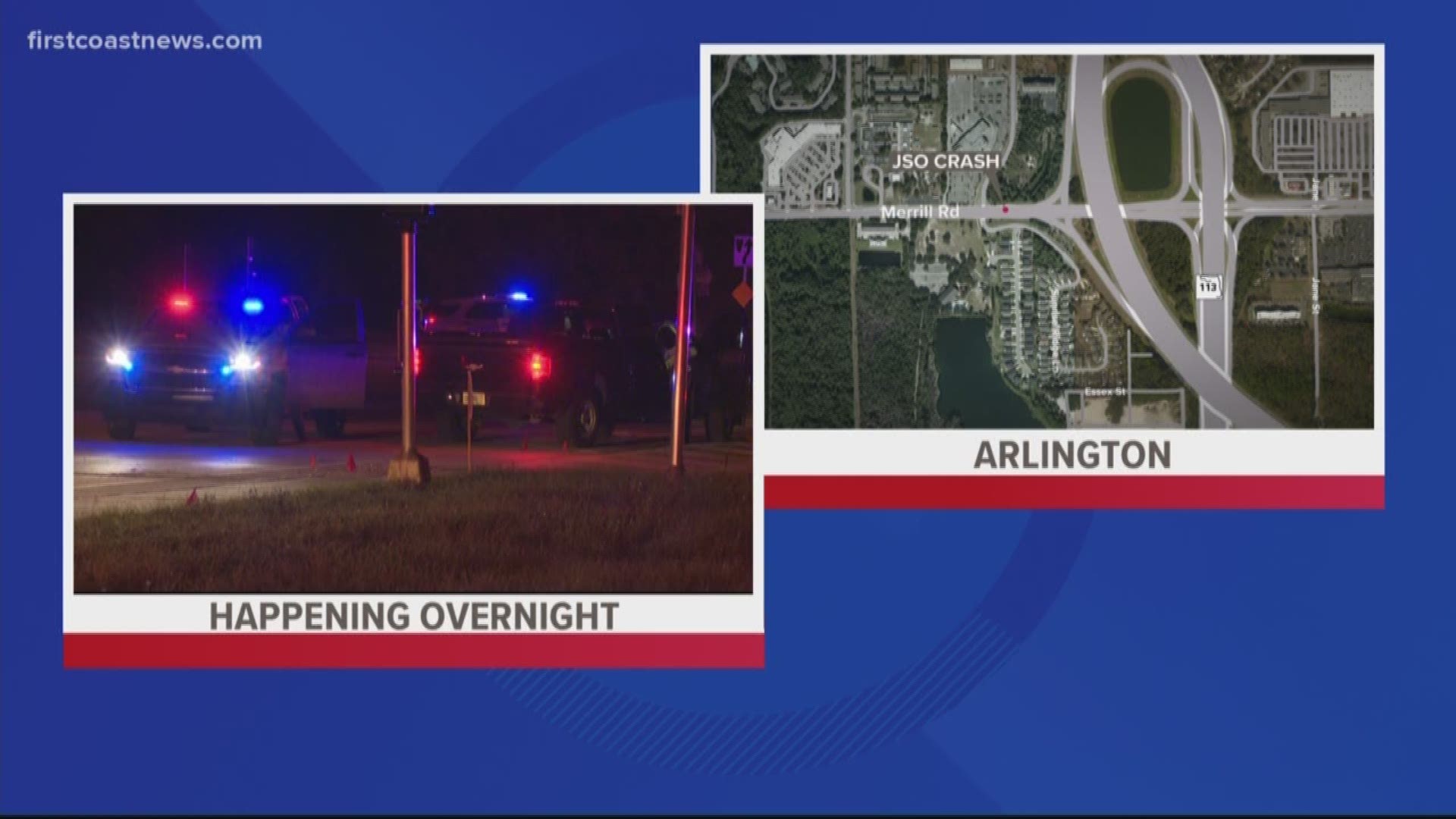 An officer with the Jacksonville Sheriff's Office is recovering on Wednesday morning after crashing into a concrete wall in the Arlington area, police say.

JSO says the incident happened around 12:30 a.m. when a female JSO officer radioed for assistance after getting involved in a fight with a 'combative suspect' off of Merrill Road and Dames Point Crossing.

While the officer was on the way to assist he lost control of his car while exiting onto Merrill Road from the NB Southside Connector, police say. JSO says the vehicle then traveled across Merrill Road and struck a concrete wall underneath the overpass.

According to JSO, the involved officer sustained a non-serious injury to his leg and was taken to a nearby hospital.

The police vehicle did not impact any other vehicles during the incident and the JSO Traffic Homicide is conducting an investigation.