On Sunday during the game against the Texans, the biggest storyline was Ramsey and head coach Doug Marrone's scuffle on the sideline. 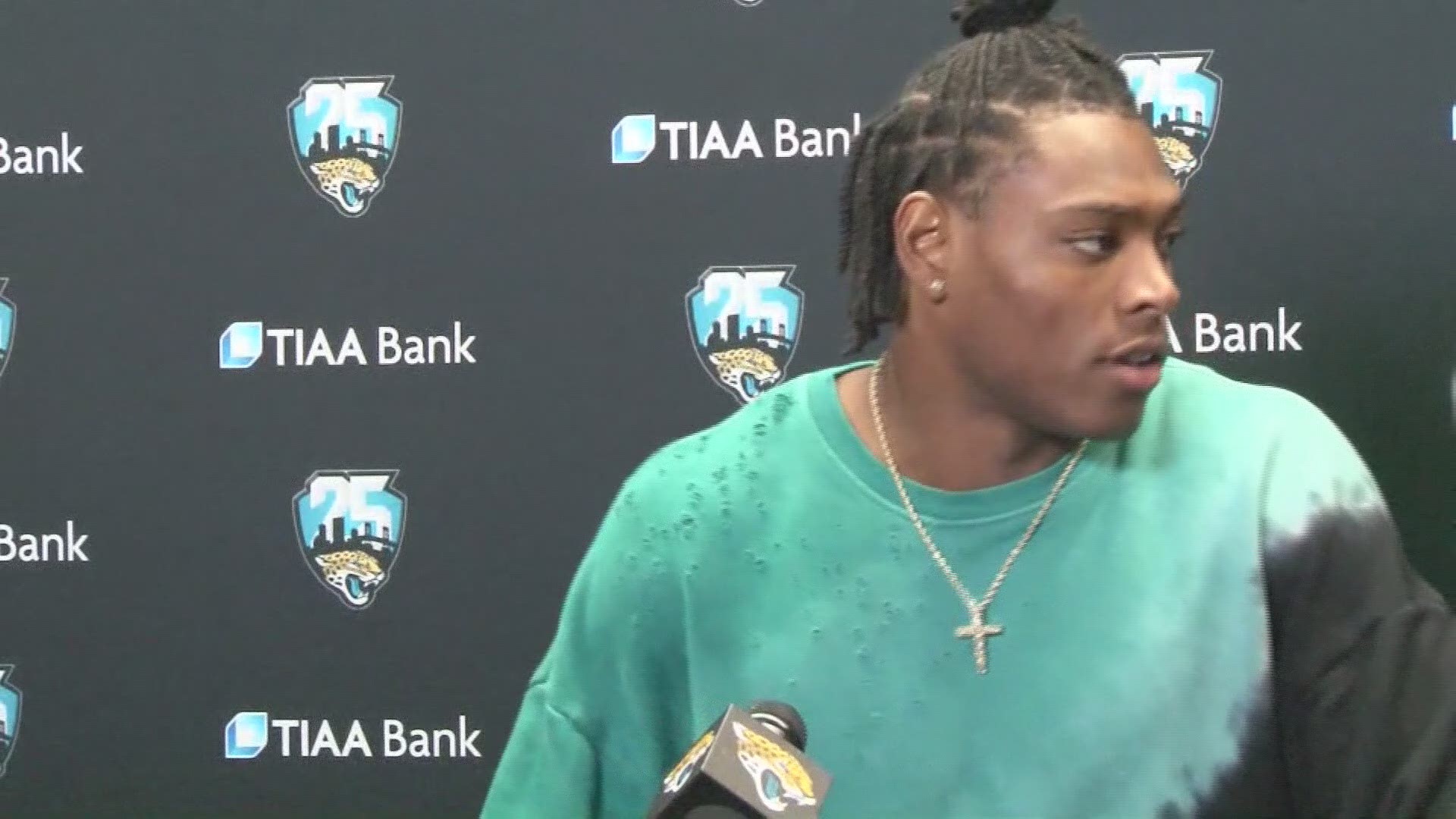 Jacksonville Jaguars cornerback Jalen Ramsey made a statement on Tuesday, following a Sunday scuffle with Doug Marrone and his agent reportedly requesting a trade.

Ramsey took the podium to say that despite recent reports that he wanted to leave the team, he was still a Jaguar at the end of the day.

"I love Duval, the city embraces me, the fans embraced me since I been here," said Ramsey.

When asked questions about whether or not he's had any interaction with Marrone after the game, Ramsey said no and that he's trying to maintain "positive energy."

Ramsey continued to dodge questions from reporters about the interaction between him and Marrone until the end of the interview either saying he didn't want to be a distraction to the team or "I can't recall."

Stay tuned as we continue to update this story.

Jalen will not become a free agent until 2021 on his current deal. The Jaguars announced in February that they would be picking up his fifth-year option on his rookie deal.

On Sunday during the game against the Texans, the biggest storyline -besides losing to one point- was Ramsey and head coach Doug Marrone's scuffle on the sideline.

Ramsey appeared upset that Marrone did not challenge a catch that Ramsey claimed the receiver did not secure. That catch would help Houston move the chains and, eventually, kick their first field goal.