Carter and Conner Mirabal are 3-year-olds on the move! 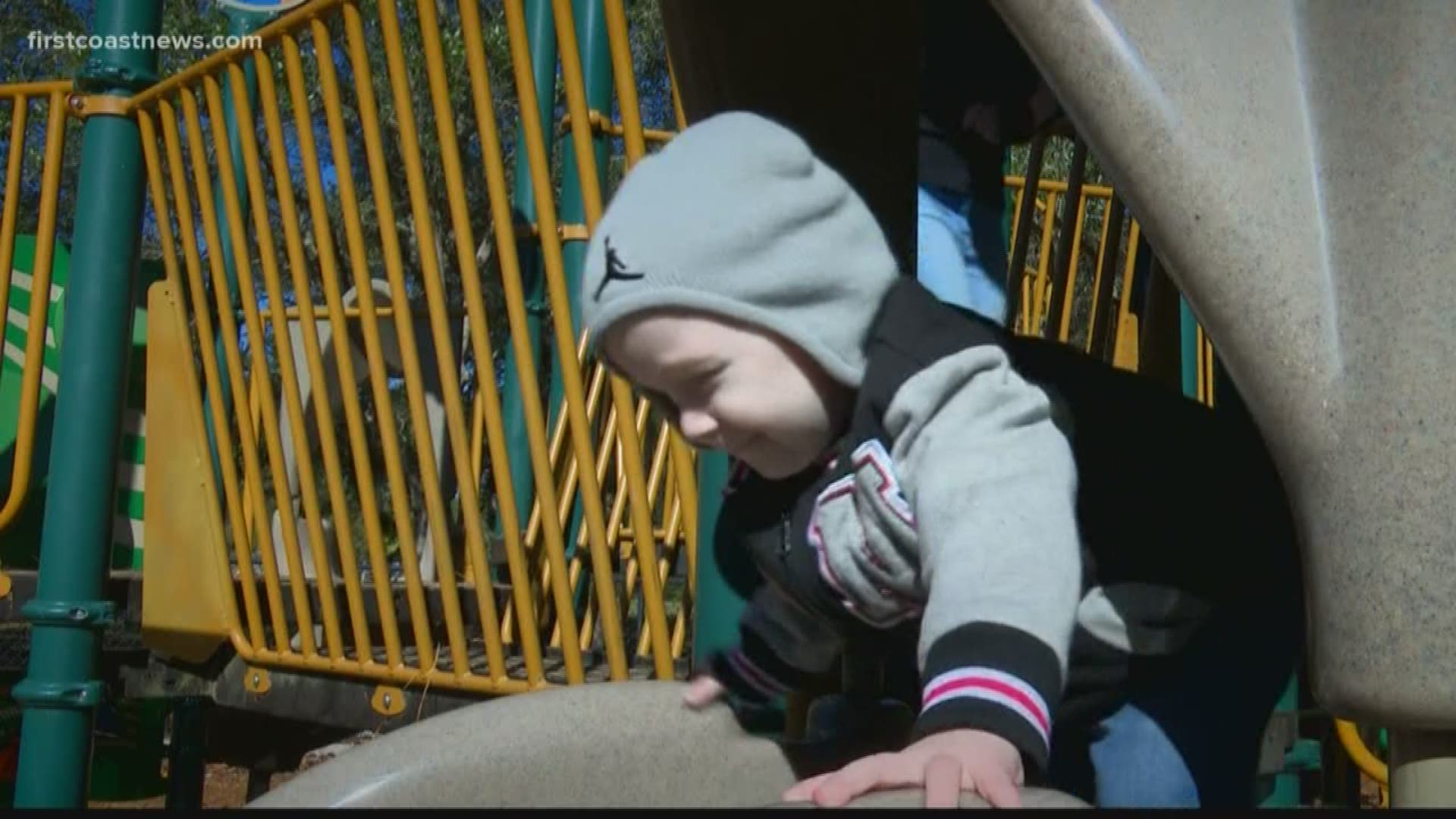 JACKSONVILLE, Fla. -- "My turn!" cheered Conner Mirabal as he sat down on a slide, gave himself a big push and slid right into his mother's arms.

Carter and Conner Mirabal are 3-year-olds on the move!

"It is just such a miracle that they are normal little babies now and they are 3-years-old!" said Michelle Mirabal, the twins' mother.

Michelle said Conner is her adventurer. He’s always on the go, wants to run and loves slides.

Carter is more laid back, a bit shyer. He loves to be read books and he also has that heart-melting smile. Both boys love Scooby-Doo.

Two energetic little boys, so full of life, it is hard to even imagine now that when it was discovered the boys were conjoined their odds of survival were only 25 percent.

"It is really amazing to see them doing this, because you know at one point we didn’t know if we would see this or not," Michelle said.

That's a fact that makes each birthday even more meaningful.

Michelle and the boys’ Aunt Jasmine would be the first to tell you, the last three years have not been easy. After their conjoined birth, a day like this at the park would have been merely a dream.

"Back then … there was a lot of thoughts that we had and we were just taking it day by day and now I can’t believe how well they are doing," she said with a smile.

Therapy has helped immensely. Conner has almost caught up to his three-year-old milestones and Carter has made progress as well.

Their next big step will be joining a Head Start program next year. Two little miracles, who have been on quite a journey, but they’ve done it together step-by-step.

"We never imagined it would be like this … but it is pretty great," tells Michelle.

Carter and Conner’s story is one of triumph over the odds. They're two little boys thriving independently, but forever linked by love.