You don't need to be a blood relative to donate organs to those who need them. 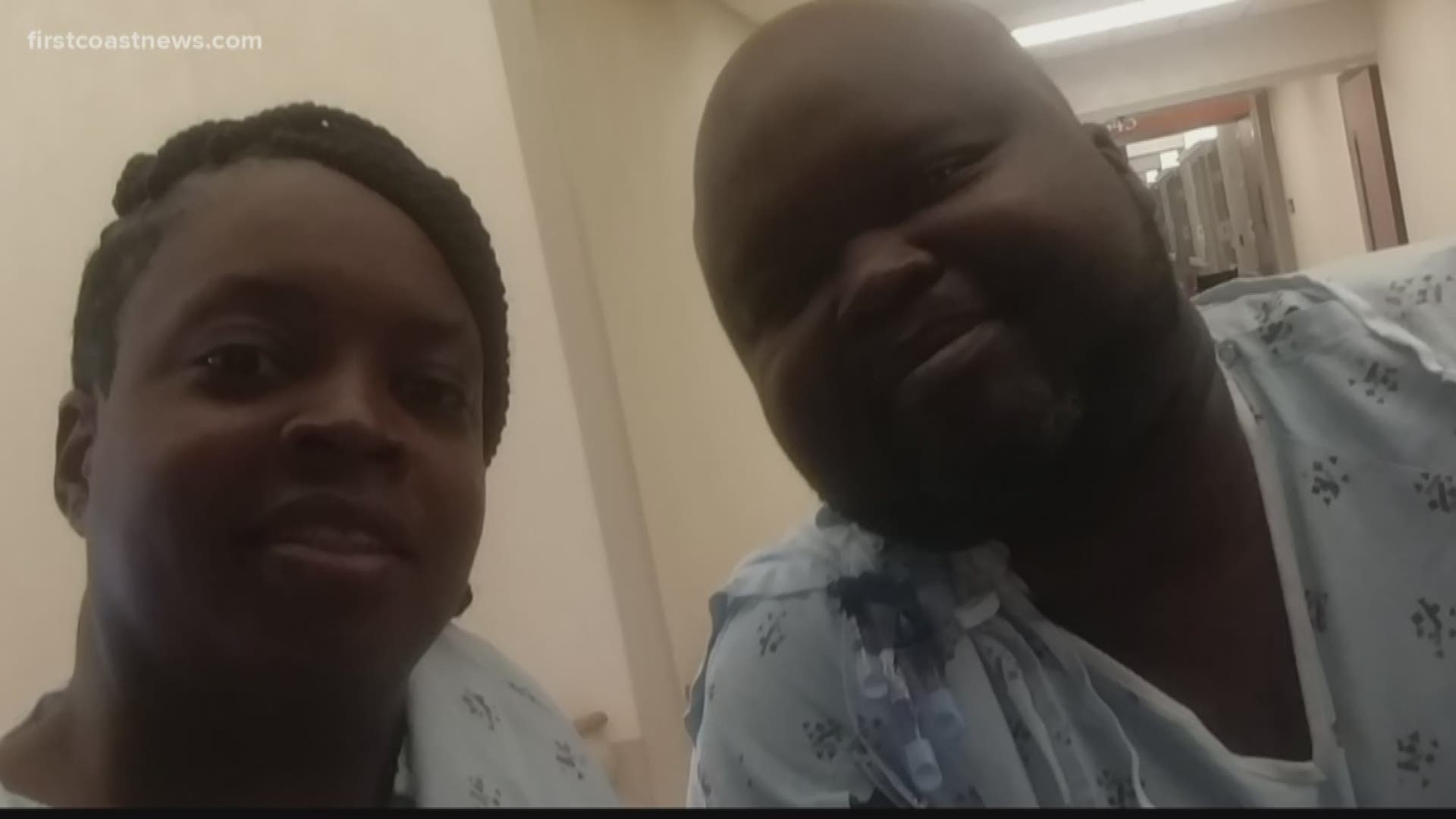 Feb. 14 is Valentine’s Day but it’s also National Donor Day. So it’s only fitting to share a love story about one woman who saved her husband by giving him the gift of life.

"You have my kidney," joked Latasha Edwards. "You can't go anywhere.”

Twenty years ago, she and her husband, Steven Edwards, made a lifetime commitment to each other.

"When you first do it, you don't actually think you'll have to do things to better yourself in sickness and in health," said Latasha Edwards.

They say now, their bond is stronger than ever.

"We're connected at the hip," she says. "We're really attached to each other. It really brought us very close."

In 2016, after a week in the hospital for pneumonia, Steven Edwards found out he had a problem with his kidneys. He was in renal failure.

But, he needed a new kidney and most importantly, he needed to find a match. After some blood workups at the Mayo Clinic, they found out that his wife was a match.

"I thought you had to be a relative, I really did. Until they told me it's just a blood type is all we need to have a match. I was ready to do it," she says.

"I was just thinking, ‘What if something happened to her down the line? She might need her other kidney'," said Steven.

But for Latasha, it was a no brainer.

"If I was down and sick, I'm sure he would do the same for me," Latasha told FCN. "So, it was not a doubt in my mind about doing it at all. No hesitations."

That was last October. Now, the two of them are continuing their recovery together.

"It's just an amazing experience," said Latasha. "For us to be living witnesses of what life can do to give the gift of life to someone else is a blessing. If I could do it all over again I would. I would tell anybody. Give life.”

If you would like to sign up to be an organ donor, you can go to the Department of Motor Vehicles.

You can also do it online by clicking this link for Donate Life Florida.