"The young couple was gracious and grateful to us... and to God" 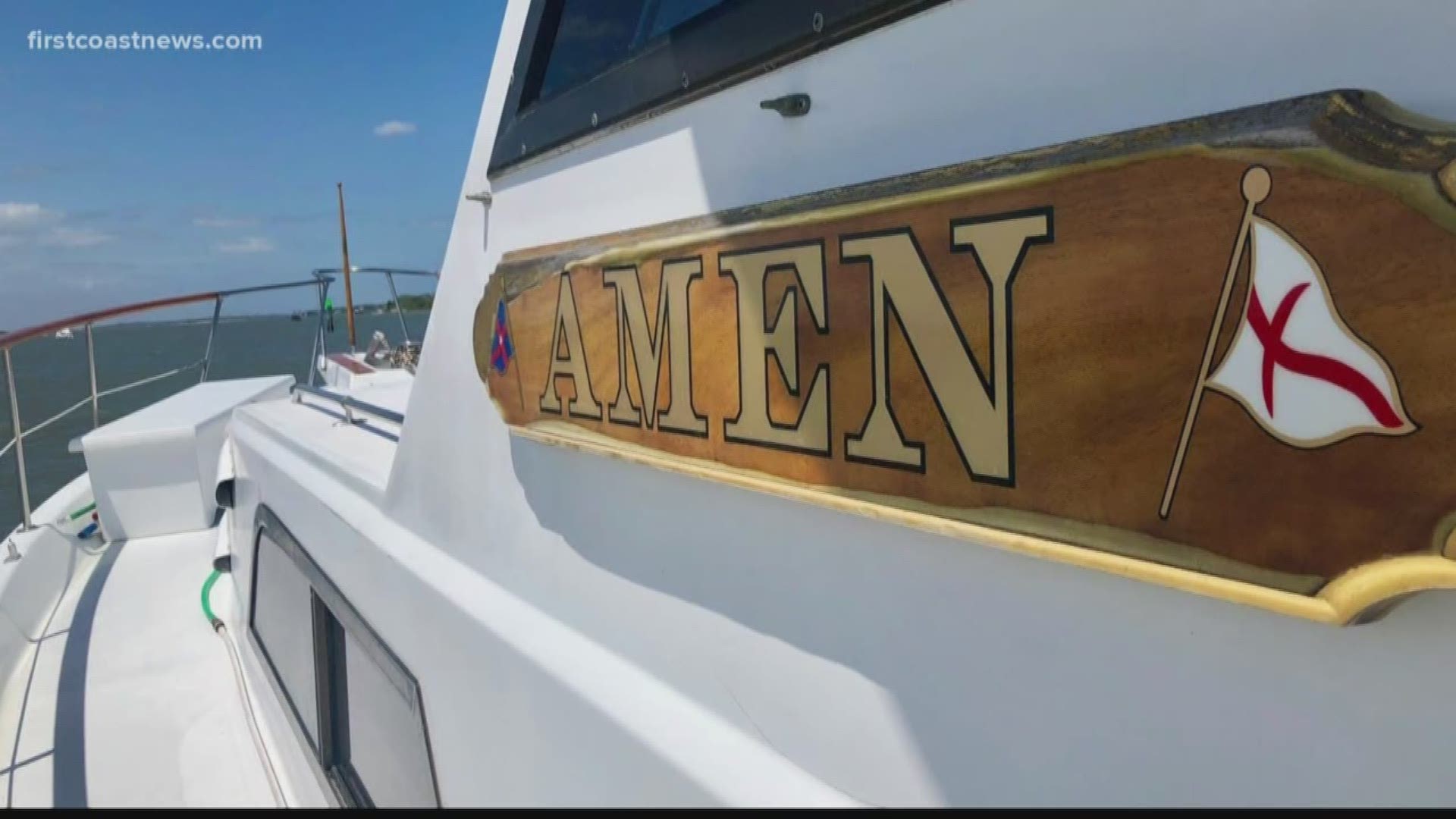 Pure coincidence or something more? When two Jacksonville teens became stranded in the middle of the ocean and left for dead, a boat named 'the Amen' came to answer their prayers.

Christ's Chruch Academy in Mandarin says that Tyler Smith and Heather Brown are both seniors about to graduate but that may have not been possible it wasn't for a miracle.

The Athletic Director at Christ Church, Kurt Dugan, says about two weeks ago his daughter was on the beach with Tyler and Heather. She was on the sand when the pair waded out into the water and a short time later she lost sight of them. They were swept away into the ocean.

That same day, a boat owner by the name of Eric Wagner posted on Facebook that he was bringing his boat "the Amen" from Delray to New Jersey when the winds picked up. Wagner says that the wind was whipping at about 15-20 knots and the seas are rough but they decided to go out anyway.

They were nearly two miles out when over all the wind, waves, and engines they thought we heard a desperate scream. Sure enough, 200 yards behind them they saw an arm flail over the swells.

He says that his shipmate, Troy, started turning the boat around while another crewmember and Wagner ran down to the bow with life jackets and ropes.

"After what felt like forever we finally made our way, while losing them in the swells ever few seconds," Wagner says in the post. "We tossed them jackets then a line and pulled them back to the swim deck."

Miraculously, Wagner and his team were able to pull Tyler and Heather from the sea. They told Wagner that they were pulled out to sea by a riptide over 1.5 miles from the beach and had floated for almost two hours.

When the teens got on board Wagner says both were shivering and pale and Tyler's lips were white.

Wagner says that they radioed the United States Coast Guard while the rest of them covered them with blankets and tried to get the boat underway to stop the rocking.

When things calmed, Wagner says the Tyler told him that no matter what direction they swam, they kept going out. Exhausted and near the end, the boy says he called out for God's help. Then shortly after, 'The Amen' showed up.

When Wagner told them the name of the vessel, they both started to cry.

About 30 minutes later, the rescue ship arrived for a transfer.

"The young couple was gracious and grateful to us and to God," Wagner says.

"It was the latter all along."