Florida Urgent Rescue is taking nine dogs and about 30 cats from the shelter and moving them to non-kill shelters in Virginia and Georgia. 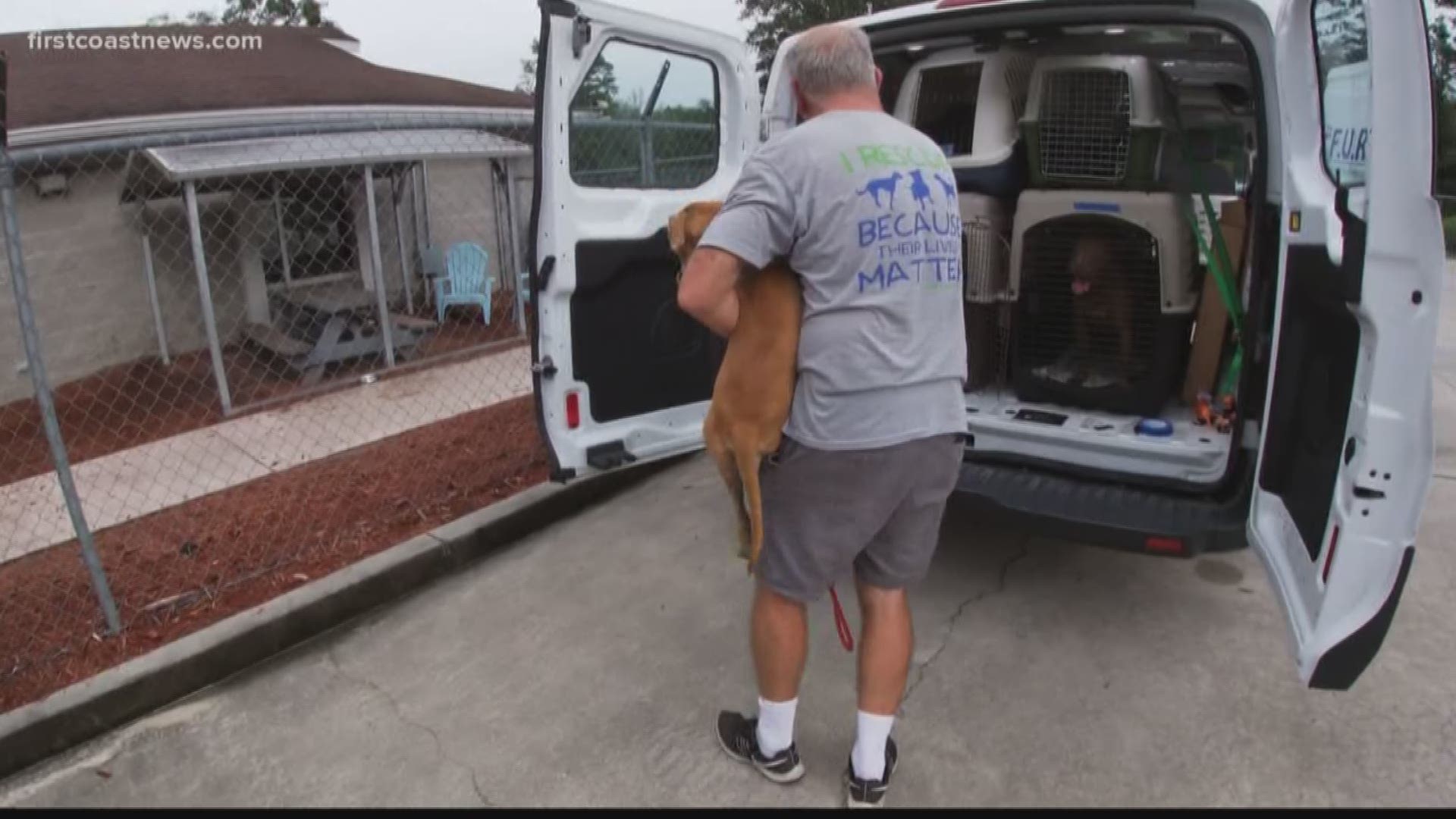 CLAY COUNTY, Fla. — A Jacksonville non-profit is coming to the rescue of more than three dozen animals at Clay County Animal Services ahead of Hurricane Dorian.

Florida Urgent Rescue is taking nine dogs and about 30 cats from the shelter and moving them to non-kill shelters in Virginia and Georgia. Founder and Executive Director Mike Merrill started the effort to rescue animals after Hurricane Harvey.

Hurricane Dorian will be the sixth hurricane FUR has helped to relocate animals in other parts of the country. During Hurricanes Florence and Michael, FUR provided emergency evacuation and transport of more than 200 dogs and cats.

"We are very concerned even if we don't have a direct hit from the storm, we are still very concerned that flooding will be a big problem for any animals remaining," Merrill said.

During Hurricane Irma, the shelter was underwater. Merrill doesn't want a repeat and decided to take the animals to make space for any incoming pets that may be surrendered locally because of the hurricane.

"These shelters are all full already," he said. "They are full to begin with. They don't have any choice but to euthanize perfectly healthy animals to make room for all the incoming animals after the storm."