"People are scared, they are tired, they're mentally strained," Mayor Curry said. "Let’s just take care of one another." 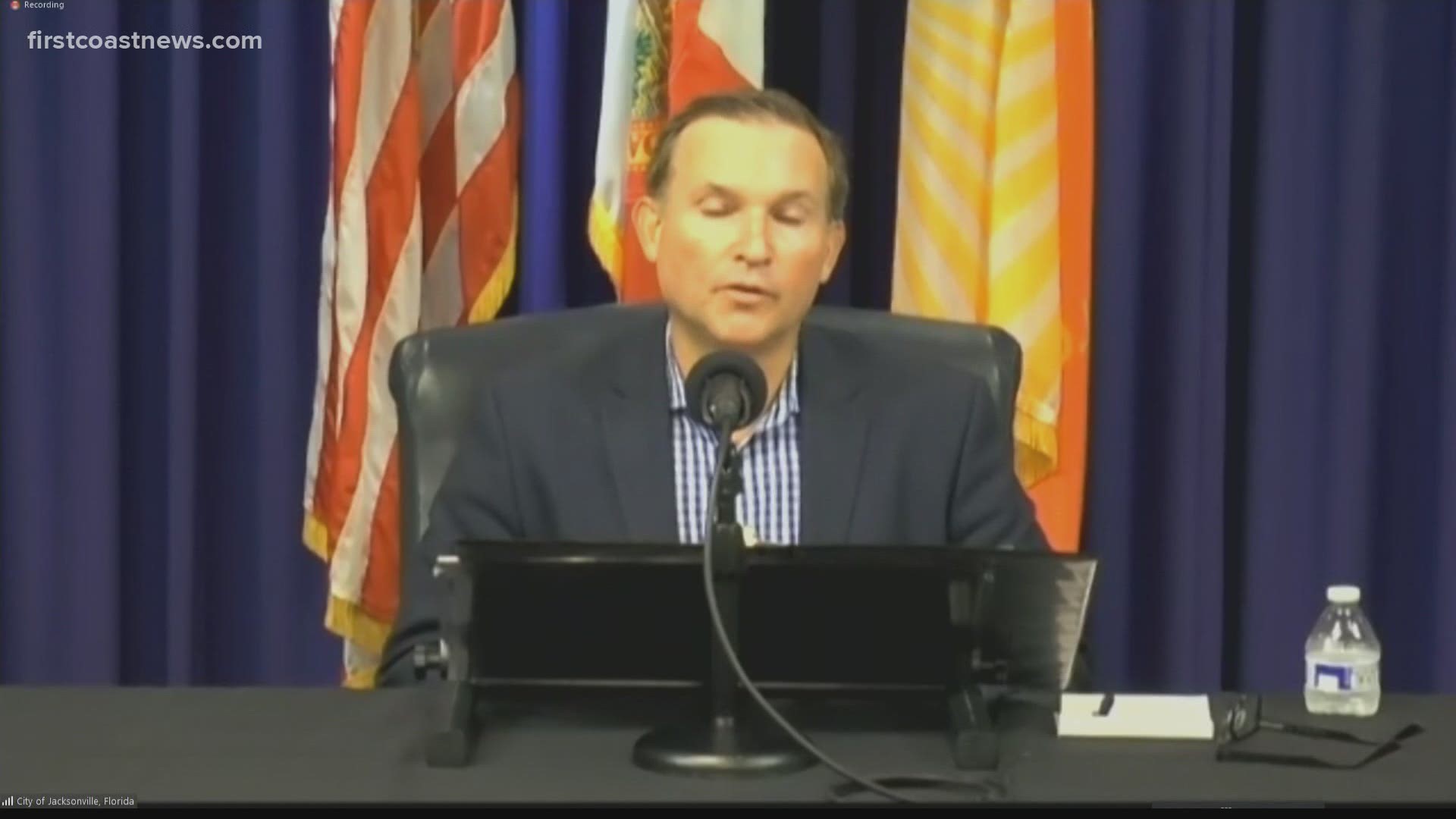 Noting the city is in the midst of  “a long, long few months,” Mayor Lenny Curry briefed reporters about storm preps and the latest COVID-19 data on Thursday.

Tropical Storm Isaias remains on an uncertain track but could become a significant rain event for the First Coast this weekend.

“We’re all in this together, and that goes for storms, too,” he said.

Curry said due to the storm, both state-run COVID-19 testing sites – at the Legends Center and Regency Mall -- will close until next week, but all city-run testing sites will remain open and have “plenty” of capacity.

He said as of now, trash pickup is unaffected.

He urged residents to prepare for the storm but told them to: “Be mindful. Wear your mask. Do not crowd in jammed lines as you’re getting your supply kits.”

He added we’re not under an immediate threat that people should be panicking or rushing around.”

The mayor signed off with a request that reflected the city's many challenges.

“This has been a long road folks -- a long, long few months going back to March -- with COVID-19 that’s still with us and now hurricane season," he said.

"I recognize people are scared, they’re tired, they’re mentally strained, they’re financially strained. So let’s prepare for this season and practice the safe social distancing, wear masks, and let’s just take care of one another.”

It's still too early to pin down the specifics on the First Coast's impacts, as of now, expect strong showers with blustery conditions late Sunday into Monday. Surf and seas will begin to increase Saturday as swell from the system arrives.

Depending on the storm's forward motion, the Jacksonville area could see impacts into Tuesday as well.