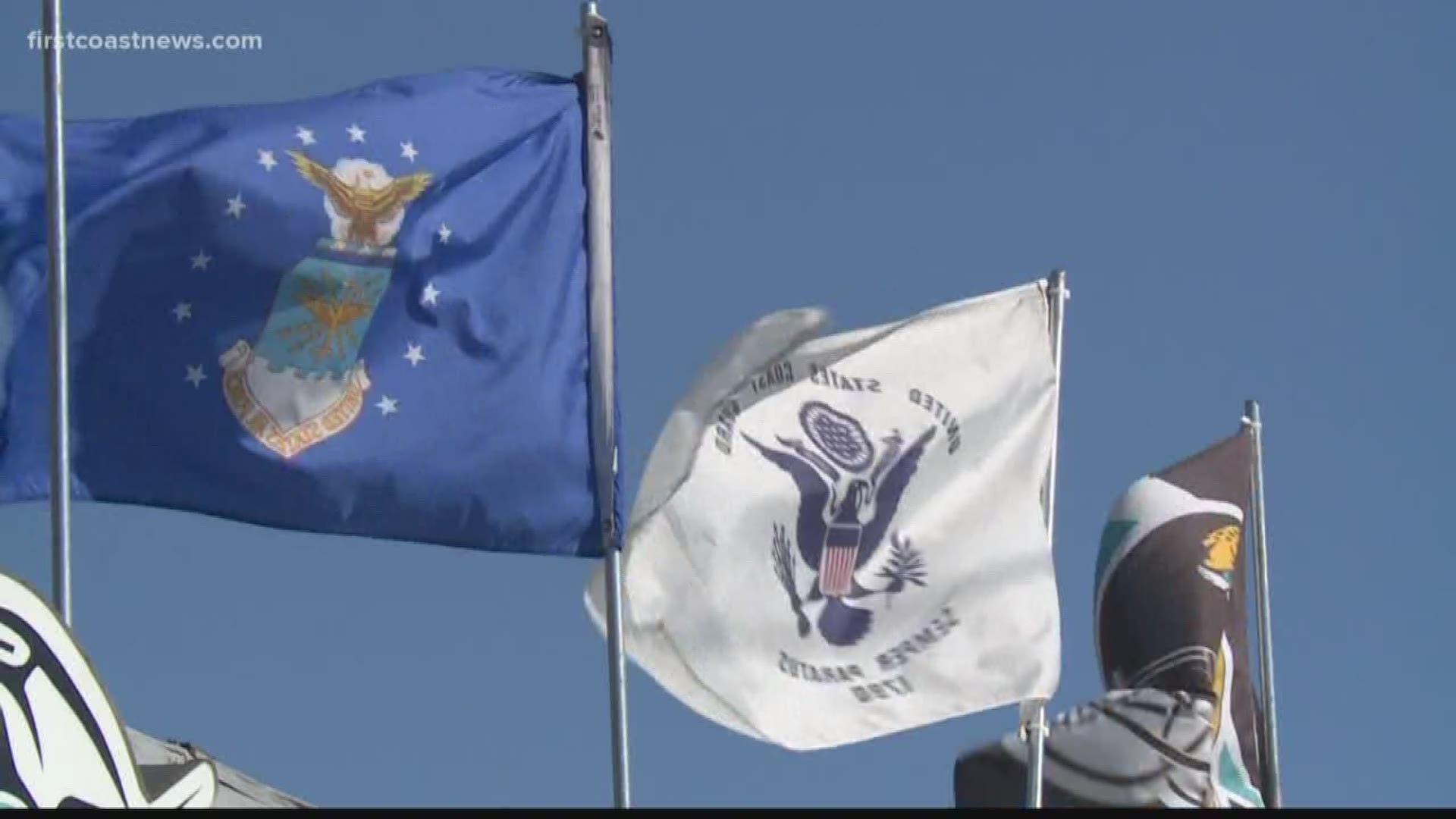 JACKSONVILLE, Fla. -- A Jacksonville City employee and her supervisor have been placed on administrative leave after citing a local business for flying military flags. 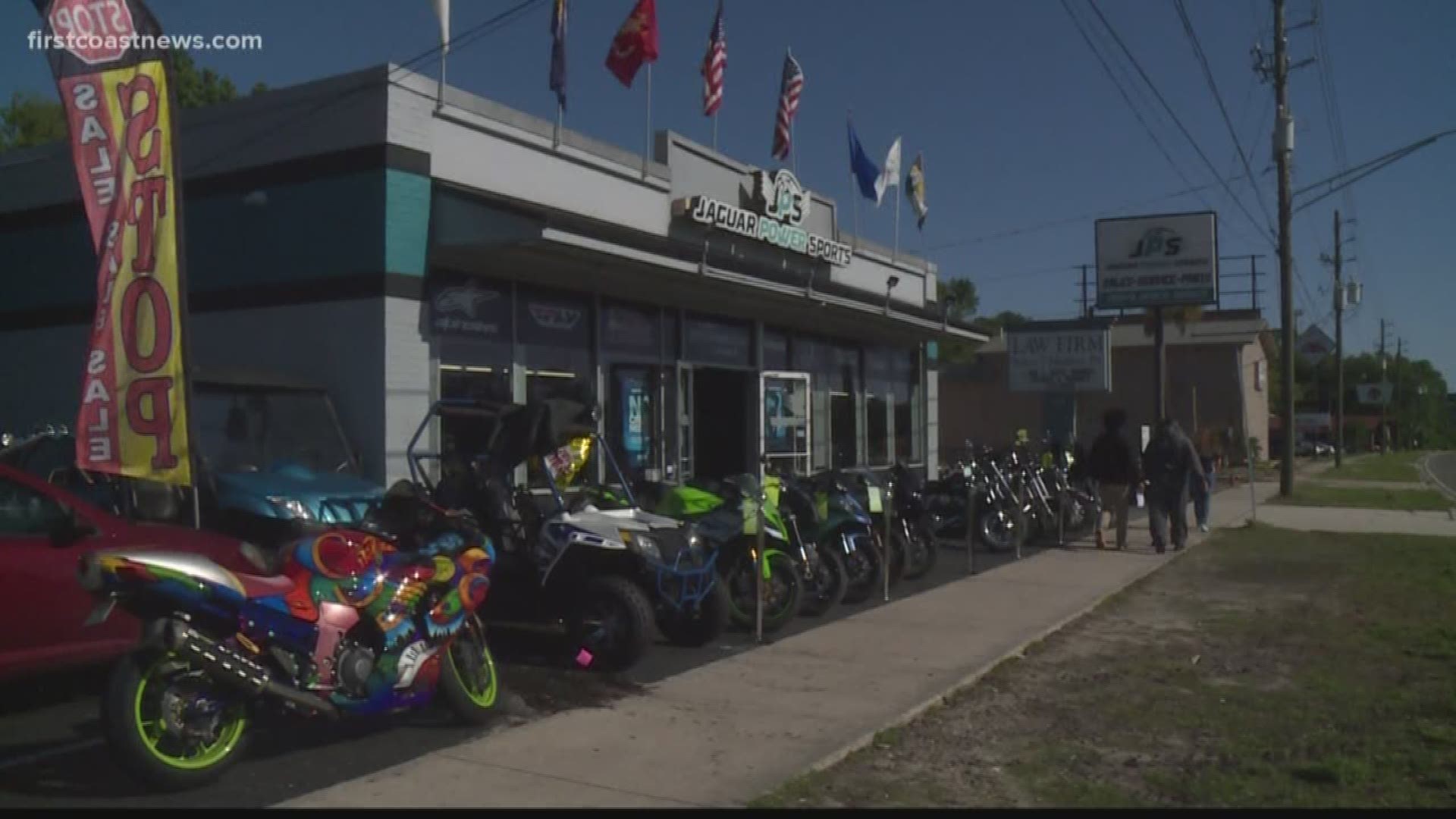 Mayor Lenny Curry sent a press release Tuesday afternoon stating he has ordered a review of the actions of a city employee after she issued a citation to Jaguar Power Sports.

"Employees of the City of Jacksonville are the servants of taxpayers who have a duty to enforce our laws and regulations. I expect every one of them to do that job in a manner that is respectful and reflects the privilege we all have to serve this great city. What I saw reported is 100 percent inconsistent with how I expect every city employee to interact with our citizens." I have ordered a review of the actions of the employee and pending the completion of that review, the employee and her supervisor have been placed on leave. Today I will ask every manager of city departments to review our procedures with each city employee. Once a review of the actions in this matter is complete, appropriate corrective action will be enforced for any wrongdoing.

As the son and grandson of military veterans, and the mayor of a city with a proud history of commitment to our nation’s defense, I will not tolerate disparagement or disrespect of the men and women who serve or served. On behalf of the City of Jacksonville I apologize to veterans and service members who are rightly troubled by the events that have been reported.

While current ordinance does not address residents or businesses displaying military flags, I will not allow any citation of those who demonstrate their support for the Armed Forces. My team is working with the city’s Office of General Counsel to bring clarity to the relevant city laws."

Read: Petition surfaces to have employee fired for issuing citation to Jax business over military flags

The store manager for the motorcycle dealership at 4680 Blanding Blvd., posted a rant to social media Monday afternoon. His post quickly went viral.

"That's right, we just got a ticket ... for flying military flags," he said. " ... They told us to take them down or go to court over it. Are you serious right now?"

The manager for the store claims Melinda Power was also rude to one of its customers, a veteran, telling him "you did nothing for our country."

About eight hours after the initial post, Jaguar Power Sports posted another video on its Facebook page announcing that the flags can stay.

Read: Business wins fight with City of Jacksonville after cited for military flags

Melissa Guz contributed to this report.