"What those kids go through, day in, day out, literally fighting for their lives,” Andreu says. “Not being able to go outside, see the sun - hell, ride a bicycle.” 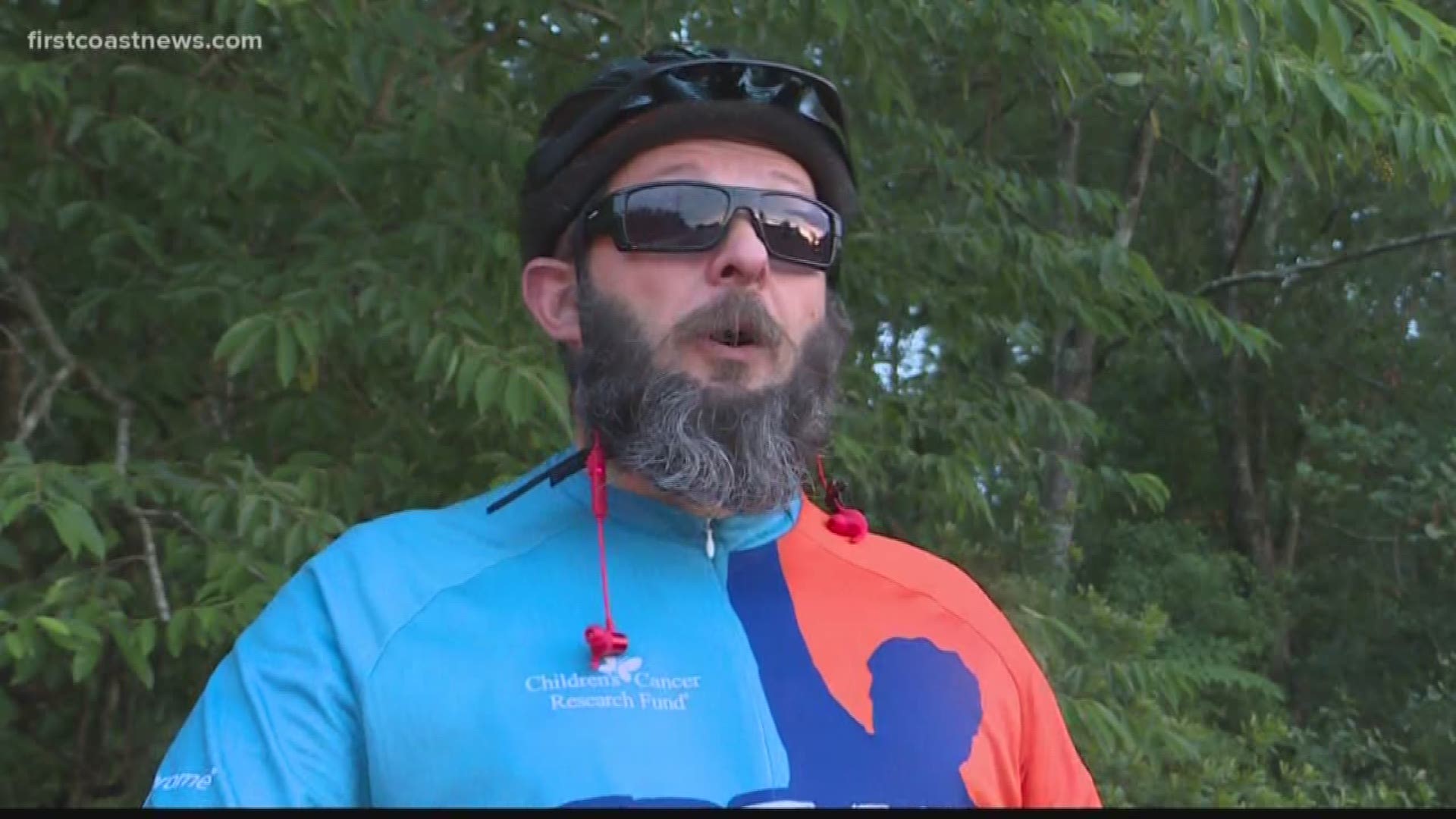 You don’t need to be a world-class athlete to make a big difference.

That’s why Ricardo Andreu, who loves bicycling anyway, decided to join a nationwide challenge by challenging himself to ride 300 miles in the month of June.

The Great Cycle Challenge began in 2015 and allows cyclists to challenge themselves to pedal to a certain goal throughout the month of June to fight kids’ cancer.

“Well, I have two kids of my own,” Andreu told First Coast News on Sunday. “The more I read into what this organization, the Children’s Cancer Research Fund, is doing and how far behind children’s cancer research is from adult cancer, it tugs at your heart."

"What those kids go through, day in, day out, literally fighting for their lives,” Andreu says. “Not being able to go outside, see the sun - hell, ride a bicycle.”

Andreu has set a goal of 300 miles for his challenge, and while there are many cyclists riding more than 300 miles, some of them don’t have to balance family life and a job that often takes them away from their home and bicycle. Ricardo is a pilot.

“If I can find a bicycle in a different city, I'll go and ride,” he said. “Two days ago I did 33 miles and change in New York City.”

It also means he can’t be overly choosy about his ride. Look hard enough and you’ll find pictures of Ricardo pedaling a penny farthing, a child’s bike –whatever it takes to get himself moving.

“[New York] was a bike share,” he explained of his recent trek in the Big Apple, one on which he logged 33 miles across portions of Manhattan, Brooklyn, Queens, and The Bronx.

Although some cyclists might be athletically inclined – Ricardo playfully rubs his belly and says “I’m not that awesome, it’s just that there’s a lot of me to love!” –so far no individual in Florida has raised more money for the Great Cycle Challenge; Ricardo’s efforts have yielded almost $3400.

But he’ll welcome any challenge to that from any cyclist, considering the cause and the inspiration.

The Great Cycle Challenge continues throughout June, but donations made on June 12 are being doubled to a potential total of $900,000.

Ricardo is urging anyone to donate. To do so, visit either of the two following pages: