One ordinary Saturday, father of three, Donte Palmer and his family were running errands. He went to the local restaurant's restroom to change his 1-year-old son, Liam's diaper and was forced to be creative. 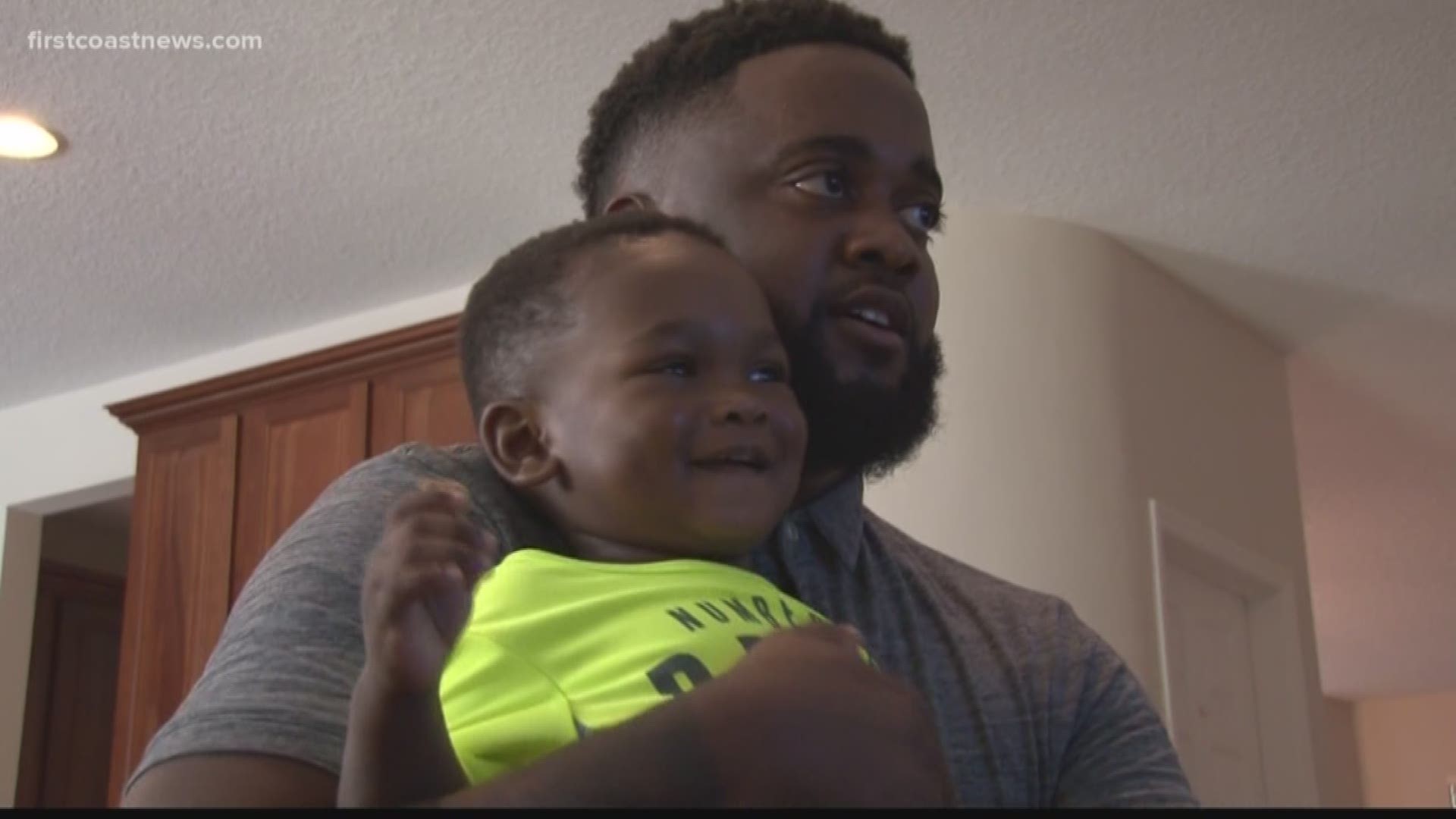 Finding changing tables in men’s restrooms are rare, but one local father is on a mission to change that.

One ordinary Saturday, father of three, Donte Palmer and his family were running errands.

He went to a local restaurant’s restroom to change his 1-year-old son, Liam’s diaper and was forced to be creative.

“I looked around the bathroom, there were no changing tables. I got into my perfect man squat, threw Liam over my lap and began to change him,” Palmer said.

His 12-year-old son, Isaiah, who he considers his diaper assistant, found it hilarious.

“He’s the son that hands me a new wipe and a new pamper, and takes the old diaper and disposes of them,” said Palmer.

This is a serious post!!! What’s the deal with not having changing tables in men’s bathroom as if we don’t exist!! #FLM #fatherslivesmatter clearly we do this often because look how comfortable my son is. It’s routine to him!!!! Let’s fix this problem! I Kaepernick drop a knee to this issue! @theshaderoom let’s show the innovation of fathers! #squatforchange

“It’s that moment when my wife says you know it’s sad we don’t have to do things like this,” Palmer said.

After realizing the issue at hand, Palmer posted a photo of him squatting in a public restroom.

He tagged the news outlet The Shade Room in his post, which reached more than one million Instagram users.

“Fathers have been commenting and calling me, saying this is an issue we have to address,” Palmer said. Fathers were excited that this issue could be addressed once and for all.

It’s been shared by many notable names like D.L. Hugley, and Atlanta rapper T.I.

But, what’s the deal with the lack of changing tables in men’s restrooms? Palmer says it speaks to how society views the roles of mothers and fathers.

“This is not an issue where I want to put mothers down. Mothers are superheroes,” Palmer said.

“Fathers are more than just the providers and the protectors. We are the stroller pushers, the guys that get up 4 in the morning to warm bottles. And, in this situation, we are the ones that get in man squats to change diapers.”

He hopes his post will reach the world so that people would see fathers as caretakers.

“Dads, it’s okay to change a diaper. It’s okay to stand up and say 'You know what? I’ll push the stroller. Let mommy get off her feet,'” Palmer said. “We just want to continue to show our face as men for our kids.”

Palmer has started the hashtags #FathersLivesMatter and #SquatforChange to bring awareness to this issue.