Omar Austin is angry. Can you blame him? He said this question appeared on his daughter's anatomy assignment at Westside High School in Duval County. 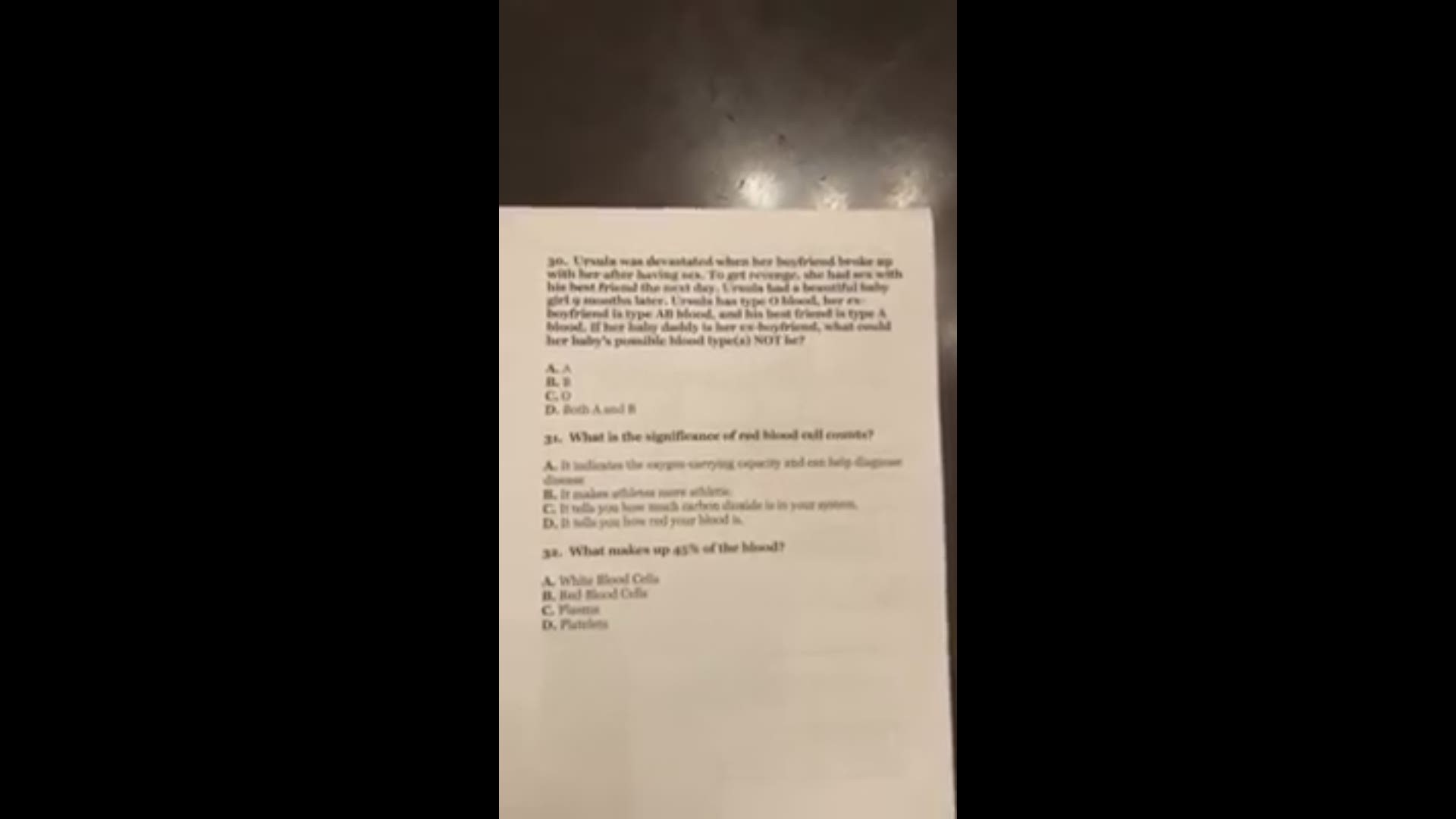 UPDATE: We've learned who's responsible for the question on the exam

Omar Austin is angry. Can you blame him? He said this question appeared on his daughter's anatomy assignment at Westside High School in Duval County.

"Ursula was angry after her boyfriend broke up with her after having sex. To get revenge, she had sex with his best friend the next day. Ursula had a beautiful baby girl nine months later. Ursula has type O blood, her ex-boyfriend has type AB blood and his best friend is type A blood. If her baby daddy is her ex-boyfriend what could the possible blood type(s) of her baby NOT be."

"What the heck?" he said after reading the question in the Facebook post. "This is a disgrace to our educational system and probably one of the most biased pieces of information I have ever read. Where the hell are our schools going?"

WATCH FIRST COAST NEWS TONIGHT AT 6 on NBC 12, ABC 2 to see how this question ended up on a test that our children are taking.

On Your Side's Juliette Dryer is reaching out to Duval schools and she's getting answers.