'It's a miracle:' No fatalities, minor injuries after plane skids into St. Johns River with 142 people on board

A commercial aircraft with 142 people skidded off of the runway into the St. Johns River on Friday night. The were some minor injuries. No fatalities. 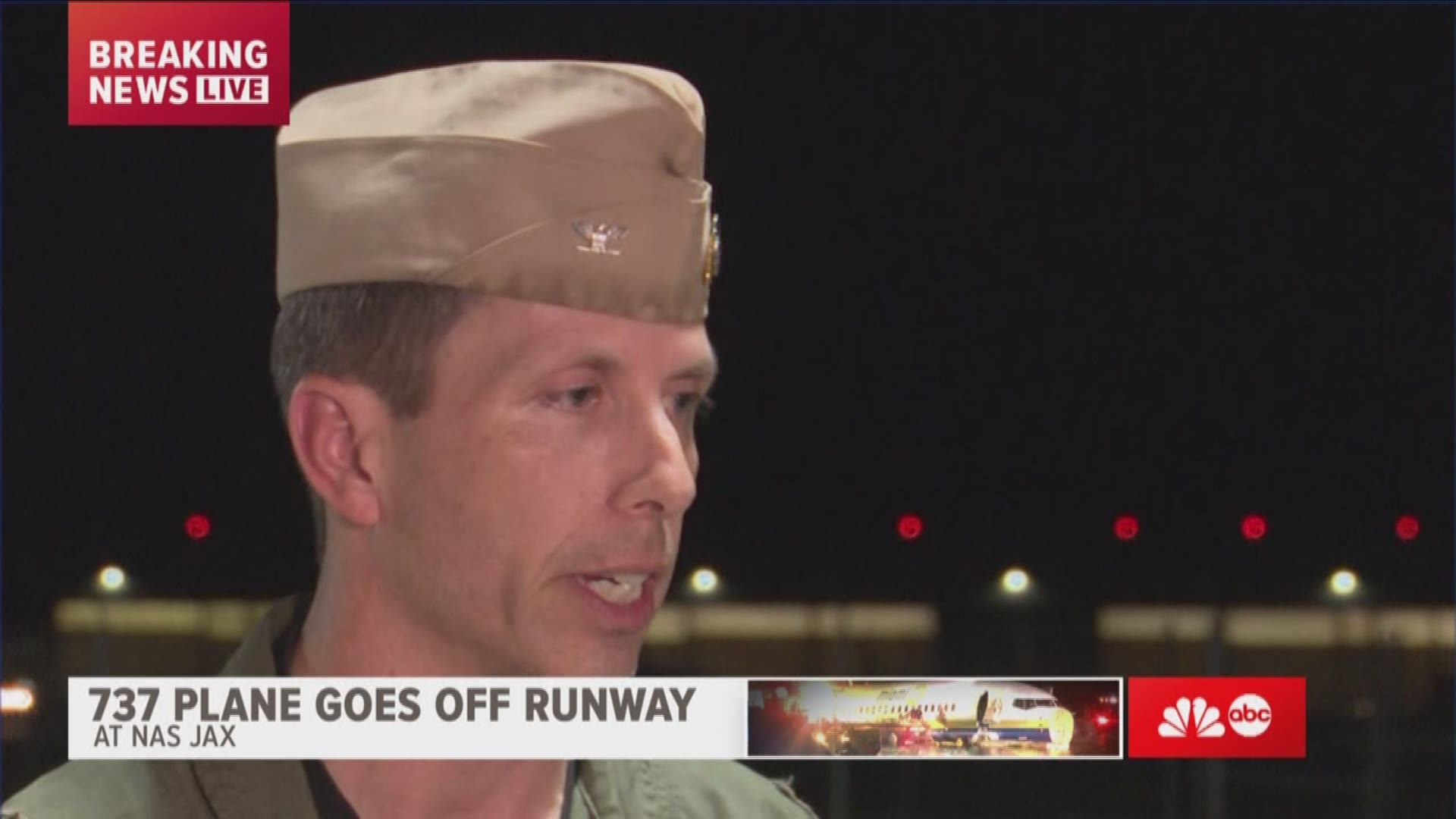 NAS Jacksonville Commanding Officer Capt. Mike Conner briefed the media after midnight Friday. He didn't mince his words about the aftermath of the civilian aircraft that skidded off of the runway at the airbase and into the St. Johns River.

"It's a miracle," Conner said. "We could be talking about a different story."

The Boeing 737-800 civilian aircraft from Miami Air slid off of the runway into the river at about 9:40 p.m. There were no fatalities and 21 people were transported to local hospitals.

Conner said the injuries were minor. "... Some bumps, bruises, no broken bones," he said. The aircraft was completely in shallow water, Conner added.

WATCH: Authorities chase boater away as he tries to reach plane wreckage

"That says a lot about the professionalism of the folks that helped staff off of the aircraft," Conner said.

Mark Bruce, fire chief at NAS Jacksonville, said when crews arrived on the scene, the passengers were on the wings of the plane. Rescuers entered the water and escorted them to shore.

Bruce said that it is possible that some pets were left on the plane that remained in the river Sunday morning. 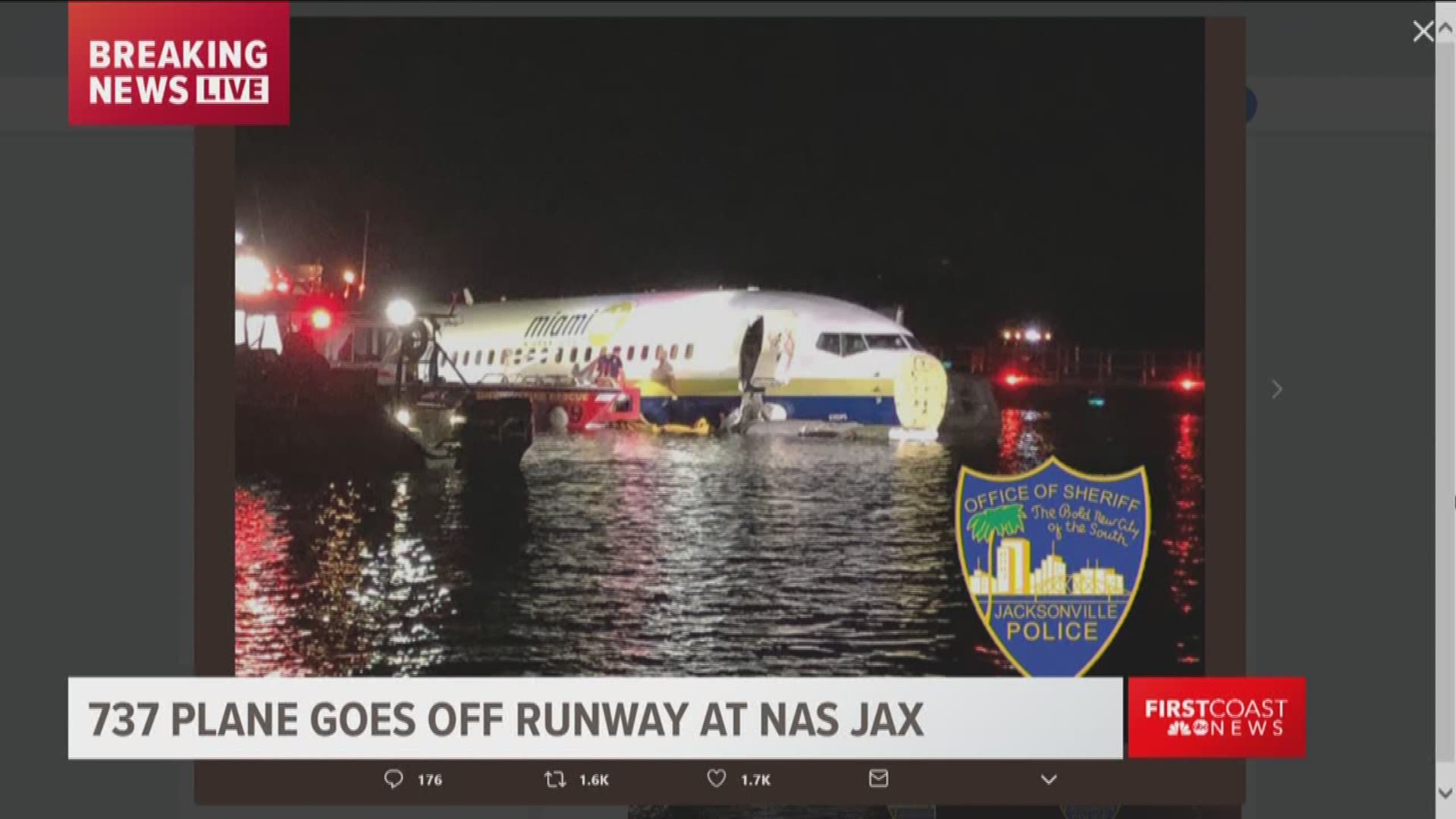 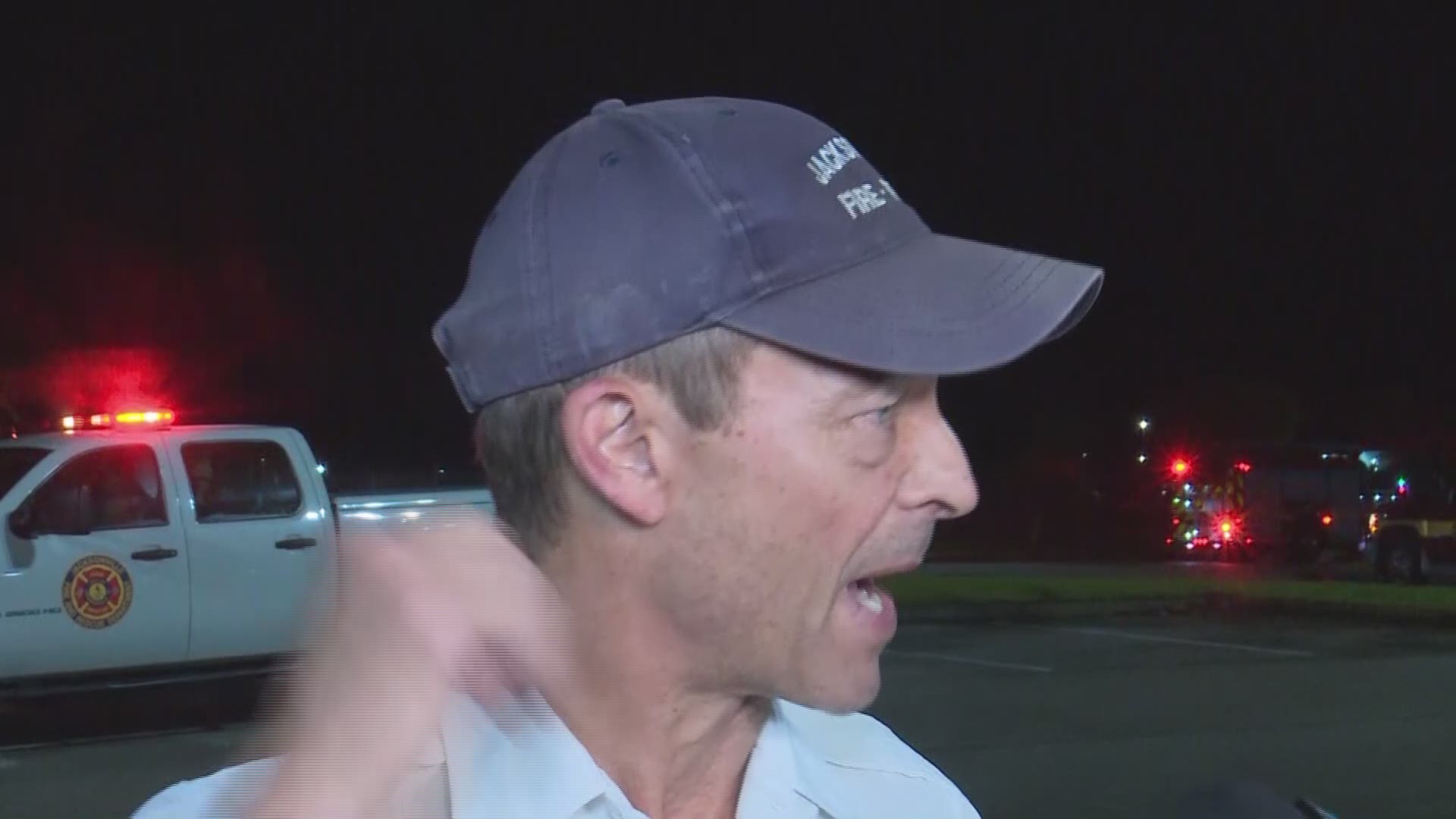