'It sounded like a jet taking off': Car slams into Murray Hill business

A Murray Hill business will have some serious cleaning up to do after a vehicle ran into their building early on Wednesday morning.

A witness says that around 3 a.m. a vehicle crashed into the side of Kirby Vacuum Service and Repair located at 942 Melba St., Murray Hill.

"...it was loud, it sounded like a jet taking off," a witness told First Coast News. "I heard the boom and I came around the corner and the car was literally in the store."

The witness says that two men were inside the car and at least one tried to run away after the crash.

The Jacksonville Sheriff's Office has not officially confirmed any of this information.

"I was born and raised in this city. I was like oh, just another day," the witness laughed. 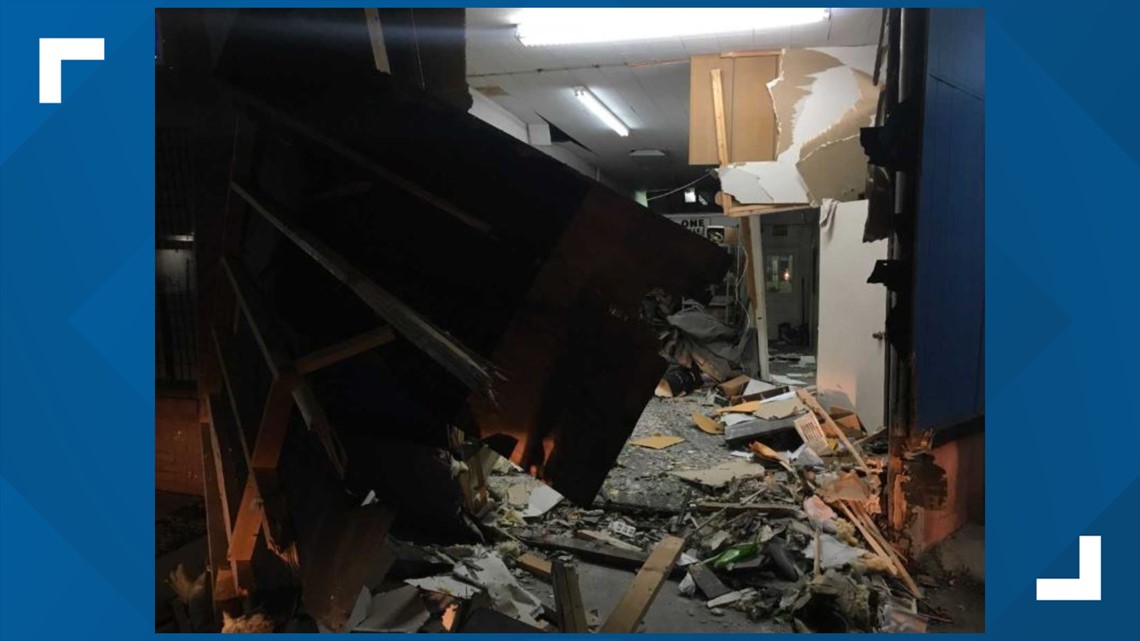