'It gives us the classic definition of oxymoron': Local civil rights leader responds to RNC falling on anniversary of Ax Handle Saturday 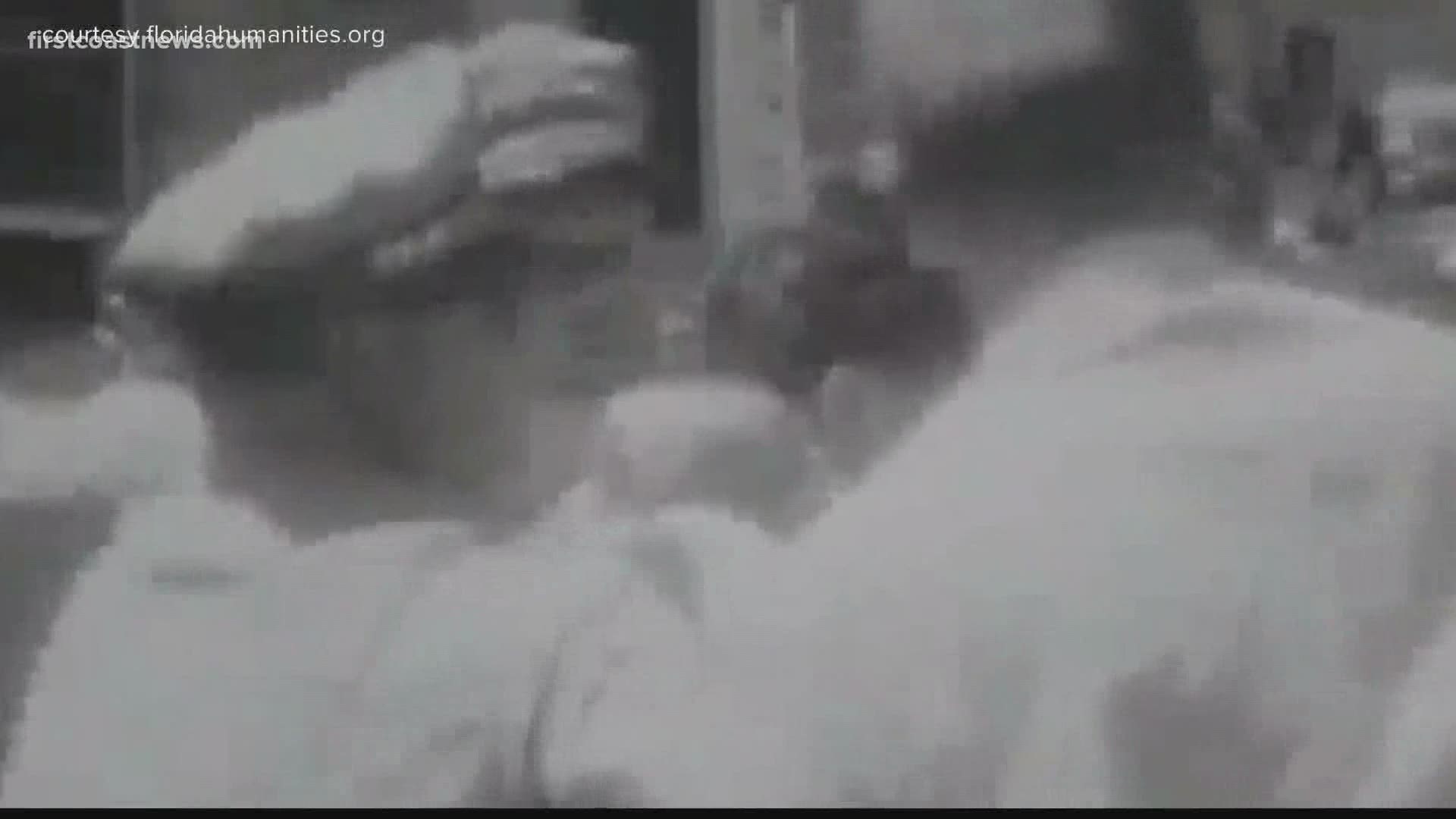 JACKSONVILLE, Fla. — President Donald Trump's acceptance speech during the Republican National Convention in Jacksonville falls on the sixtieth anniversary of Ax Handle Saturday, a violent race riot in the city during the Civil Rights Movement of the 1960s.

"To many of us, what we have coming here on this day of commemoration of Ax Handle Saturday is the person who represents in the United States today the epitome of racism and white supremacy," said Ben Frazier, a local civil rights leader of the Northside Coalition.

"To say the name Donald Trump while commemorating Ax Handle Saturday gives us the classic definition of oxymoron," Frazier said. "His comments have fueled and propelled what I refer to sometimes as the engine of racism in the United States."

Jacksonville Mayor Lenny Curry responded to a question Friday morning about the anniversary and the RNC coinciding, accidentally calling it Ax Handle Sunday.

"As it relates to the terrible, tragic event that was Ax Handle Sunday, we have to acknowledge that," Curry said.

"It was a terrible time in our city," Curry said. "That is in no way connected to this economic event, though, that will happen in our city."

Frazier, however, said the two are tied through economic strings.

"[Curry] doesn't understand that the economic cushion is certainly an involvement. Dr. King before he died pushed for the poor people’s campaign, so, yes, it is involved because there are tremendous economic disparities going on in black communities all across the United States and certainly right here in Jacksonville," Frazier said.

Frazier said there's even more symbolic significance to the anniversary and the RNC coinciding given the climate regarding race relations in the U.S. right now.

RELATED: 'That was a bloody event' | Ax Handle Saturday was 60 years ago in Jacksonville, he was there

RELATED: Civil rights marchers of the '60s see parallels between their marches and today's protests