Who is Kenneth Walker?

Kenneth Walker was with Breonna Taylor that tragic night when a police raid at her apartment in the wee hours of March 13 went wrong. 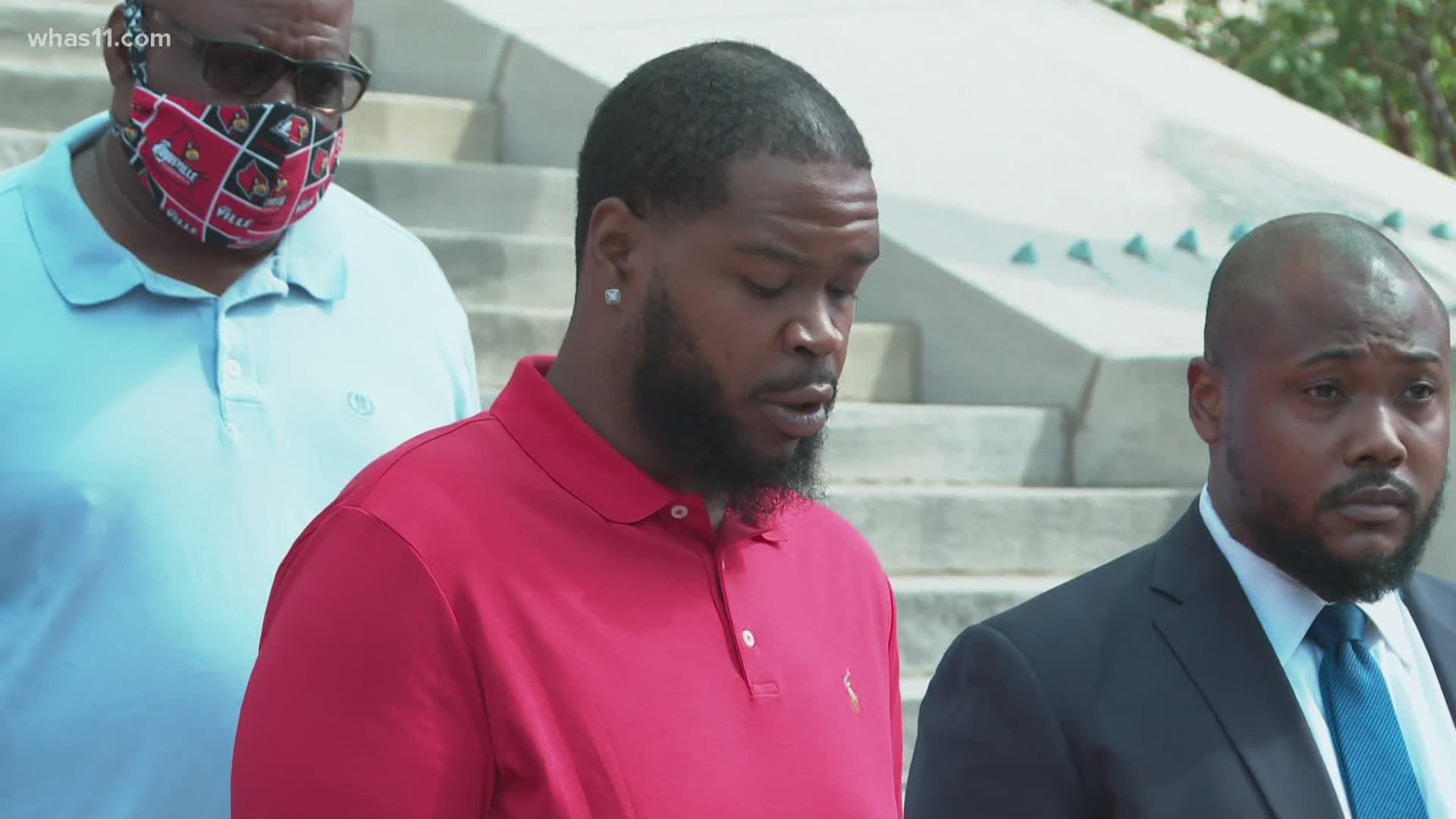 LOUISVILLE, Ky. — Kenneth Walker was with Breonna Taylor that tragic night when a police raid at her apartment in the wee hours of March 13 went wrong, which ultimately led to her death and nearly seven months of protests calling for justice and the arrest of four officers in her killing.

Taylor's 27-year-old boyfriend was charged with the attempted murder of a police officer during that tragic incident. Those charges were later dismissed on May 26 after a judge dismissed the indictment without prejudice.

The following is a partial timeline of events involving Walker after the death of Taylor:

Walker gave a Mirandized statement on March 13 admitting to being the only person to shoot from inside of the apartment at detectives as they attempted to serve the search warrant.

Taylor's mother, Tamika Palmer, spoke with the news organization TMX in an interview shared with WHAS11 News about the shooting.

"I could hear Kenny screaming and crying and I could hear all of this noise. I'm like, 'what's going on Kenny?' He said, 'I think Breonna is -- somebody was trying to break in here and I think they shot Breonna'," she explained.

Walker was released on home incarceration in late March. His name was not mentioned in the search warrant issued to Taylor’s house and he did not live with her.

"Kenny Walker, right now his case is so important too because he got charged with attempted murder of a police officer as a result of everything the police did in this,” Attorney Sam Aguiar said.

Walker's father said his son had just accepted a job to work at the U.S. Postal Office. Kenneth Walker does not have a criminal background.

The attempted murder of a police officer charge against Walker was dismissed. According to a court document Commonwealth of Kentucky vs Kenneth Walker III, a judge dismissed the indictment without prejudice.

Walker’s 911 call was released to the public.

Mayor Greg Fischer said he released all MetroSafe calls, including those from neighbors, from the incident after hearing from the community and Metro Council members.

"I believe the release of these calls now is a necessary step to preserve public safety and to build trust in our city and our police department,” Fischer said. “We all want the truth. We all want justice. My promise to you is that I will continue to share whatever information I can when I’m able.”

Walker broke his silence on what would have been Taylor’s 26th birthday.

“Happy Birthday to the realest I love you forever,” he wrote.

Walker filed a lawsuit seeking immunity for firing one shot that injured a Louisville officer the night police executed a search warrant at Taylor's apartment.

Walker is seeking immunity under Kentucky's "stand your ground" law, which protects anyone acting in self defense. He is also seeking compensation from the city and Louisville Metro Police for assault, battery, false arrest and imprisonment, malicious prosecution, abuse of process and negligence.

"Breonna and I didn't know who was banging on the door, but the police know what they did," Walker said during a press conference. "The charges brought against me were meant to silence me and cover up Breonna's murder. For her and those that I love, I can no longer remain silent."

According to the complaint filed by attorney Steve Romines, Walker -- who has a conceal-carry permit -- fired a single shot "downward to scare away intruders."

"I am a legal gun owner, and I would never knowingly shoot at a police officer," Walker said.

The lawsuit says Walker yelled for help as Taylor bled to death, "but no one came." He called his mom and 911 before police ordered him to leave the apartment.

As he was directed out of the apartment, the lawsuit claims on officer asked him if he was hit by any bullets. When he said no, the officer allegedly responded, "Oh, that's unfortunate."

The lawsuit also claims another officer told him "there's been a big misunderstanding here tonight" after he was placed in a police car.

The Jefferson County grand jury  recommended three counts of first degree wanton endangerment for former Louisville police officer Brett Hankison for firing shots that went into a nearby apartment the night of Breonna Taylor's death. No other officers involved were indicted.

Kenneth Walker released a message on his Facebook page in response to the grand jury decision saying "It’s still #Breewayy til the end."

Kenneth Walker
It's still #Breewayy til the end 💙🦋💙🦋💙