The Florida-Georgia battle is a tradition that dates back to 1933. Going on around it for just as many years has been a different kind of battle, one in which young women are losing in an unfair game. 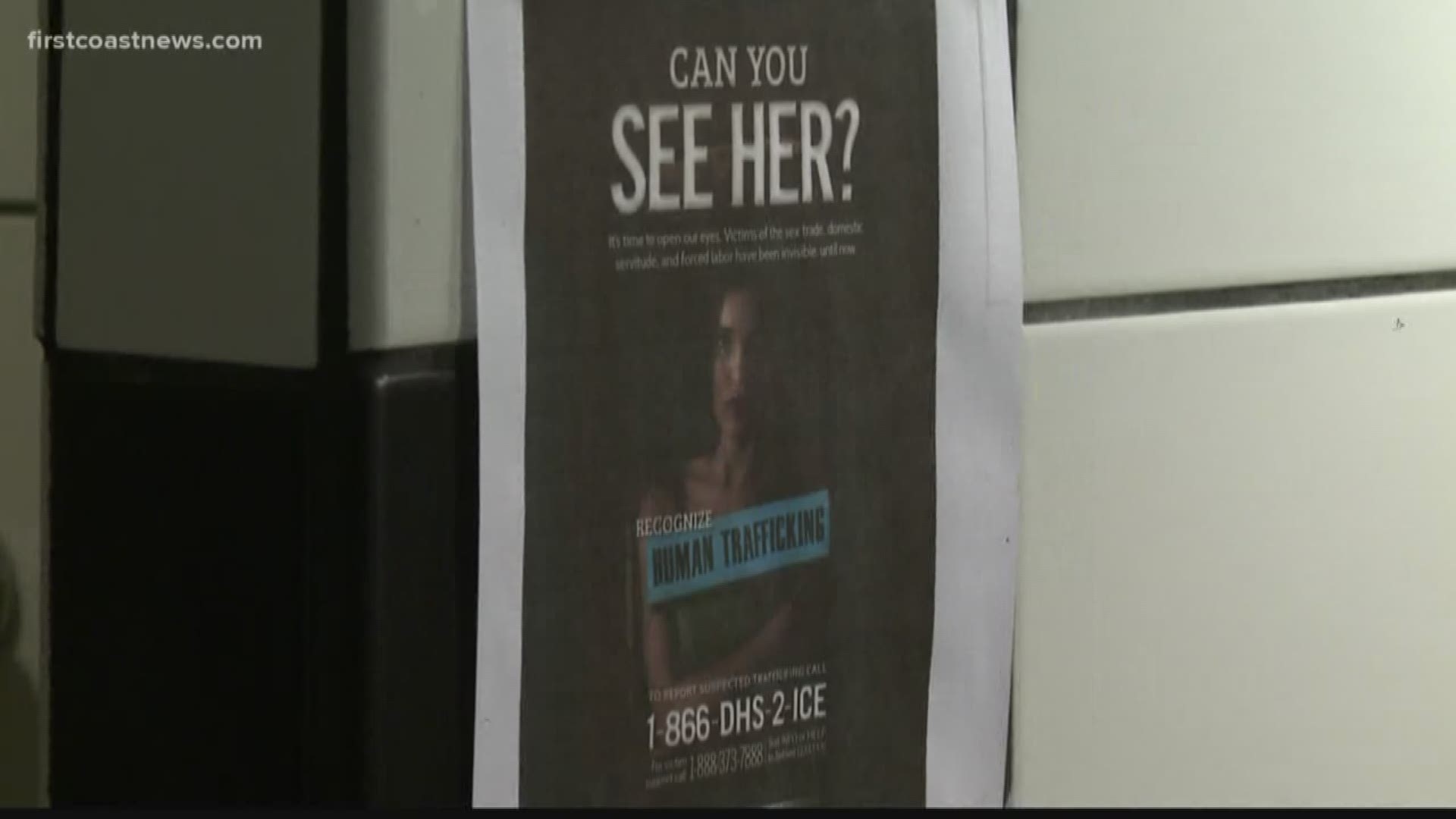 JACKSONVILLE, Fla. -- The Florida-Georgia battle is a tradition that dates back to 1933. Going on around it for just as many years has been a different kind of battle, one in which young women are losing in an unfair game.

Leaders in the State Attorney’s Human Trafficking Unit say the game is prime time for sex trafficking. After handling countless federal cases for 20 years they say the game tops the list.

Rachel White started “Her Song” in Jacksonville to help sex trafficking victims get their lives back. She says the majority of their clients, about 125 girls, are from the Jacksonville area and it took many of them years to get out. She partners with the Jacksonville Sheriff’s Office to provide therapy and new homes for the girls. Sadly, sporting events brings traffickers from hundreds of miles away to sell young girls for sex, auctioning them off to sometimes hundreds of men at a time.

“I would say at a football game it’s going to be pretty hard to see that,” White said. “It makes me sick.”

“We see a huge uptick in human trafficking during major sporting events,” she said. “The victims are a lot of times behind closed doors or a paid date to a football game and you and I would never know.”

She says they are sold online, through escort services or right next door.

“We have a lot of human trafficking in Jacksonville through our hotels, but it’s in gated neighborhoods, it’s happening all over this community.”

That’s why local trafficking organizations, like hers, are trying to work with hotels to train employees on what to look for, like men guarding doors or someone reserving an entire block of rooms.

Lynn Anamasi leads the local chapter of S.O.A.P., or Save Our Adolescents from Prostitution. She hosts events twice a year, ahead of TPC The Players Championship and Florida-Georgia weekend, educating groups on sex trafficking and taking action at local hotels.

“Very few turn us away, they’re always receptive to speak to us,” Anamasi said.

“My friend who started this who is a survivor, she realized that the worst nights she had she was alone in the hotel, the only thing in the hotel room was a bar of soap.”

Hotels will always at least have a bar of soap. For that reason, S.O.A.P. teams bring bags of soap to hotels packaged with the national sex trafficking hotline number to place in rooms in case girls can get a chance to save the soap and call the number for help.

Anamasi says her friend was only 15 years old when she was raped. The high school boy who raped her took pictures of her and threatened blackmail unless she “worked” for him. She was trafficked for two years before she ran from a basement one night and found help.

Brainwashed, faced with death threats and violence she says too many girls, like her friend, don’t know how to get out safely.

Florida Highway Patrol says they are focused on catching DUIs and stopping violence during the weekend of Florida Georgia so trafficking often remains quiet amongst the noise.

White says there are signs that parents, teachers and friends can look for in a girl who is possibly being trafficked: