The mother says she received the news from her 6-year-old daughter, not the day care. 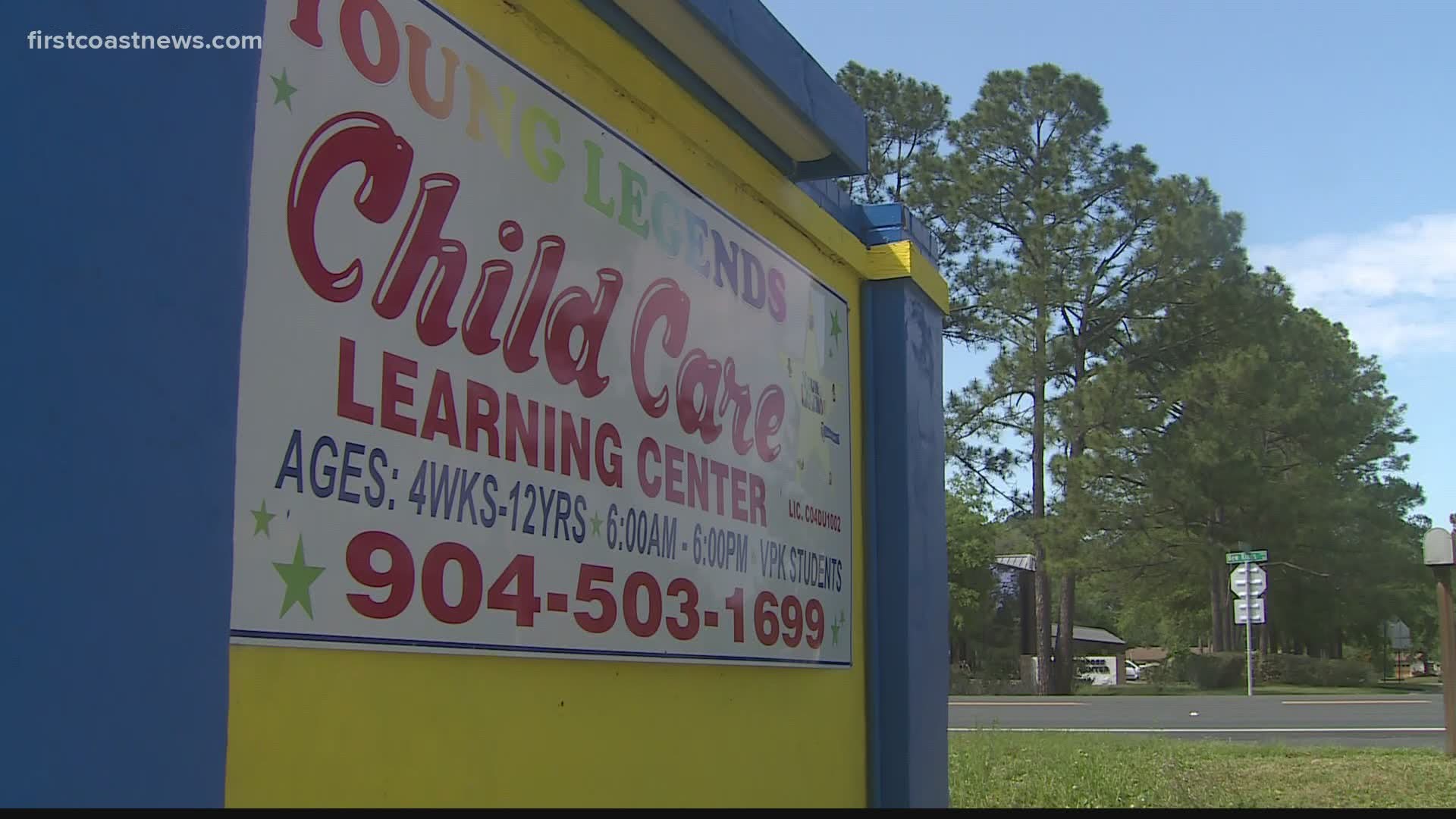 JACKSONVILLE, Fla. — A Jacksonville mother says her daughter was molested at her day care, and the day care didn’t initially tell her about it.

“The girl coerced her into some sexual positions, there was some vulgar sexual language,” the mother told First Coast News. “And at this time no one reached out to me from the day care.”

This is the news the mother received from her 6-year-old daughter, not the Young Legends Child Care Learning Center.

The mother posted her outrage as a warning on Facebook, then got a call the next day from the day care’s director Palecia Maddox.

The mother recorded the call, which confirms her claim that she was not told about the incident when she picked up her daughter.

“When she reached out to me she said she saw something on Facebook,” the mother told FCN.  “And I’m like 'If you never saw anything would you have ever said anything?'”

The mother did eventually get an incident report, which confirms the girl was upset and crying.

The mother filed a police report and called the State Department Of Children And Families.

DCF wouldn’t confirm if they are investigating, but DCF inspection records show the facility hasn’t had any incidents like this in the past.

“These are two kids being mischievous and us parents need to step in and reintroduce them our values and morals,” said the mother of the older girl accused of the act.

The mother of the older child is also an employee at the day care. We are not identifying her to protect her daughter’s identity.

She says she was not in the room during the incident, but watched surveillance footage after.

“The two children did engage in inappropriate activity but it wasn’t anything where clothes were being taken off, body parts touching,” the mother of the older child said.

The mother of the 6-year-old says she saw the surveillance footage, but says the two were too tucked off in a corner to really see anything.

DCF wouldn’t confirm if they are investigating, but inspection records show the facility hasn’t had any incidents like this in the past.

“As an adult, and day care professional, you should know better,” the mother of the 6-year-old said.

The day care’s director said as things are under investigation she’s been instructed not to give a comment at this time.