The FOCUS team investigates the spice problem in Louisville’s homeless population and asks what the city is doing to combat the problem. 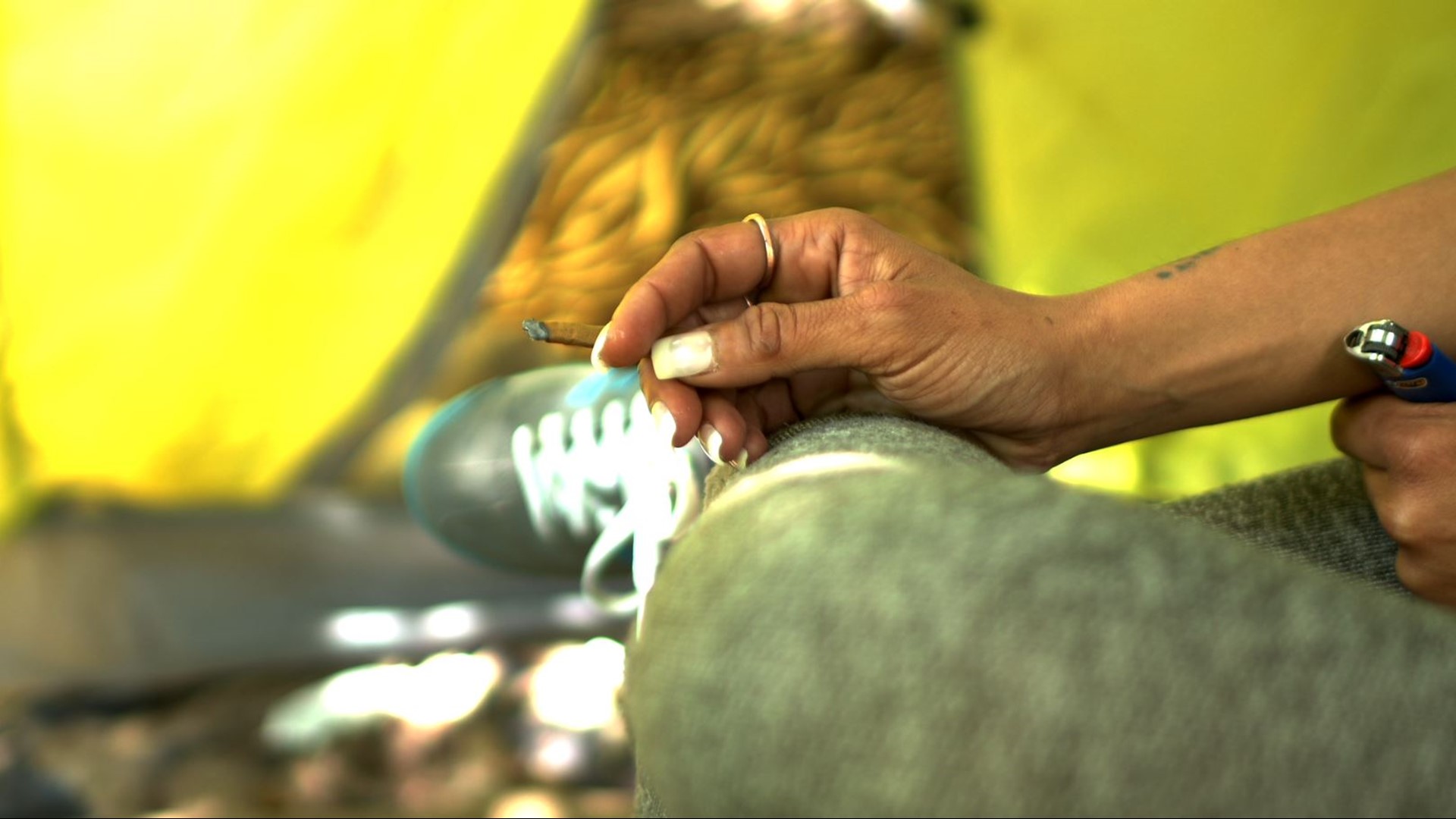 LOUISVILLE, Ky. — The synthetic drug "spice" is not new in Louisville, but it has become increasingly dangerous for many in the city’s most vulnerable community. Though it is considered a synthetic marijuana, experts say the strands of spice on the streets today are 1,000 times stronger than THC. Coupled with a low price and easy access, Louisville’s homeless community is gripped by spice addiction.

Spice is considered a synthetic marijuana because it hits the same receptors in the body. Unlike marijuana, spice does not contain THC. Users may appear more subdued, drowsy or lethargic. It generally looks like marijuana, consisting of plant material that has been sprayed with chemicals, and is often consumed by smoking. The plant material acts as a carrier for the drug.

"This isn’t a safe drug or drug that's not as bad as the others. It is a really potent drug and it can do serious damage,” said Jeremy Triplett with the Kentucky State Police Crime Lab.

RELATED | What is Spice?

What makes spice so dangerous is that users never know what they are getting. Many strands can be extremely potent or laced with deadly chemicals. In fact, last year Louisville saw a “bad batch” which was laced with rat poison.

Dr. Webb said while spice may hit the same receptors as marijuana, it can also affect other organs.

"In more severe cases, or there's several different chemicals that can fit in that category, and with some we do see other effects. In some cases, it can be hallucinations, agitation. They become wild. We've seen patients fall into coma. At the same time, we've seen potential organ damage. We've seen patients go into kidney failure as a result of using the product,” Dr. Webb said.

Christen “Tiny” Herron Markwell sees the impact of spice on the homeless every day. As founder of The Forgotten Louisville, she works closely with the homeless and said spice addiction has become a huge problem.

"Because it changes so frequently, somebody who smoked it yesterday and did fine, today may be in a full-blown seizure and in the hospital,” Markwell said.

According to Markwell, a stick of spice can be purchased for $2-$3, and that low price it why she believes spice use is running rampant.

"It reminds me a whole lot of when crack hit the streets and crack became an epidemic. It’s obvious that was meant to infiltrate low income, African American communities. I'm watching that happen with spice within those experiencing homelessness,” Markwell said.

While heroin use has been a growing epidemic in Louisville, some heroin users reported turning to spice because it is cheaper and has a similar, euphoric effect.

"Because spice is so common and so frequent, you can get it a lot easier than heroin. People are coming off heroin, detoxing off heroin and switching to spice,” a spice user said.

Markwell remembers the start of the heroin epidemic well and sees similarities in spice use. She doesn’t want the city to wait until it becomes an epidemic to do something about it. The most alarming thing to Markwell is that no one in Louisville is tracking spice use.

Metro EMS did provide numbers on spice overdose calls –241 runs from Nov. 2018-Nov. 2019, with 28 runs just in the month of August. Yet, they admit those numbers don’t show the full scope.

A lack of numbers could lead to a lack of resources, funding and awareness in a community familiar with the effects of an epidemic.

"I don't think we should wait until something is an epidemic. We did that with heroin,” Markwell said.