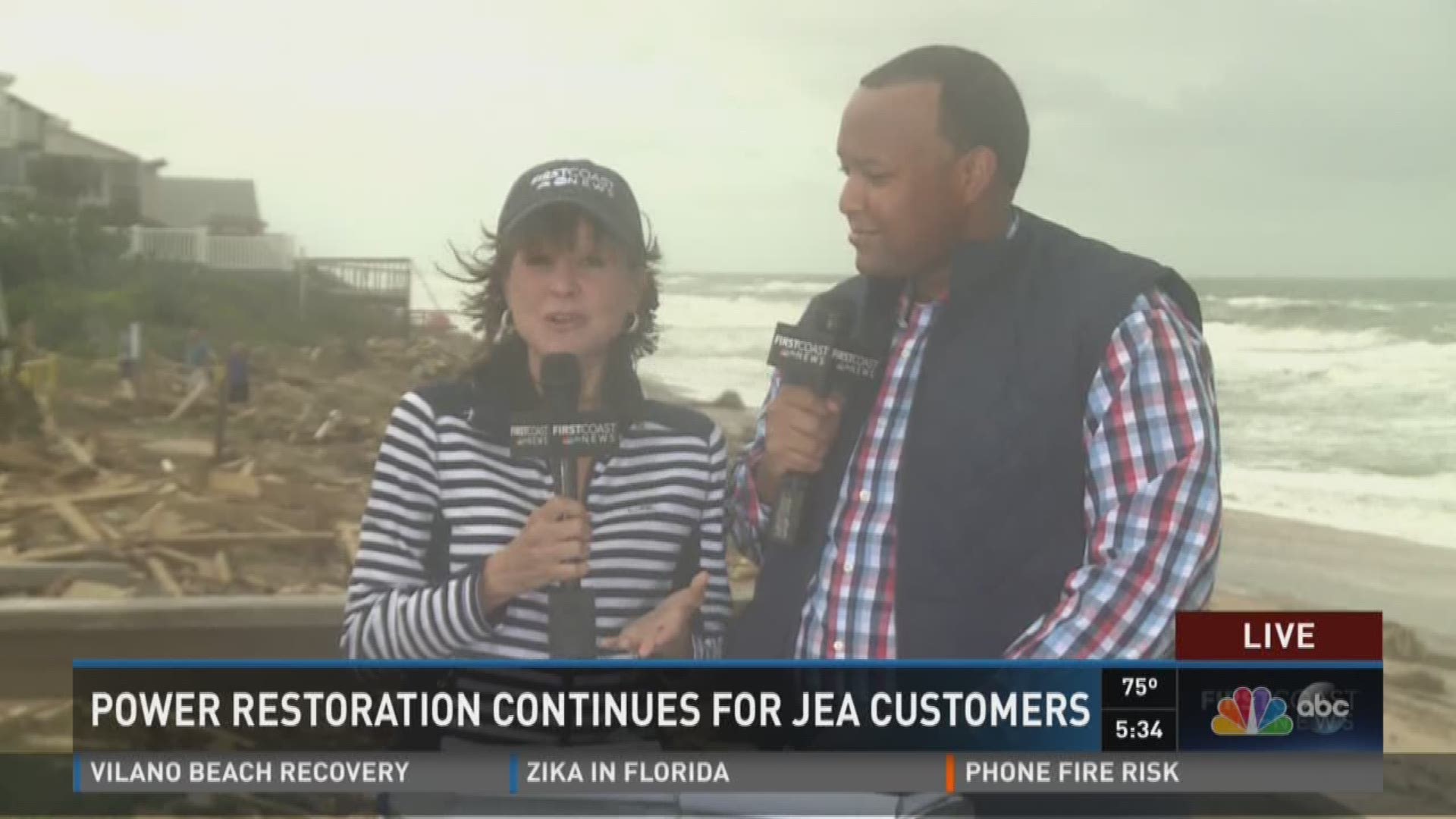 JACKSONVILLE BEACH, Fla. – Besides the giant tree in his yard, Jeff Wulz feels pretty good about his situation.

“I was just glad it didn’t land on the house,” he said.

The tree landed about 10 feet from Wulz’s porch, so luckily, his home narrowly escaped Hurricane Matthew without suffering major damage. His neighbor across the street on Evans Drive, however, spent Tuesday afternoon uprooting an oak tree that had fallen directly on top of his roof.

This subdivision suffered the worst damage of any Jacksonville Beach neighborhood, according to Art Auville, the project manager for Gaston Tree Debris Recycling. As of Tuesday, his crews had already removed 19 truckloads of debris from this street alone.

And they’re not finished. Auville said Gaston’s crews will swing through Evans Drive repeatedly over the course of the next few days. For the whole Jacksonville Beach area, it may take four weeks to remove all the debris from the streets.

Even so, it’s not the worst Auville has ever seen— not even close.

Considering how much damage Jacksonville Beach suffered due to Hurricane Matthew, it’s unnerving to imagine what may have happened if the storm stayed on its original course.

“If the eye would have made landfall – if the northeast corner of the hurricane hit here – it would have been a hundred times worse than what we’re dealing with right now,” Auville said.

Jeff Wulz is certainly glad the storm veered away. He moved to Evans Drive only two weeks ago from Tennessee.