The snake measured about 6 feet to 8 feet in length. 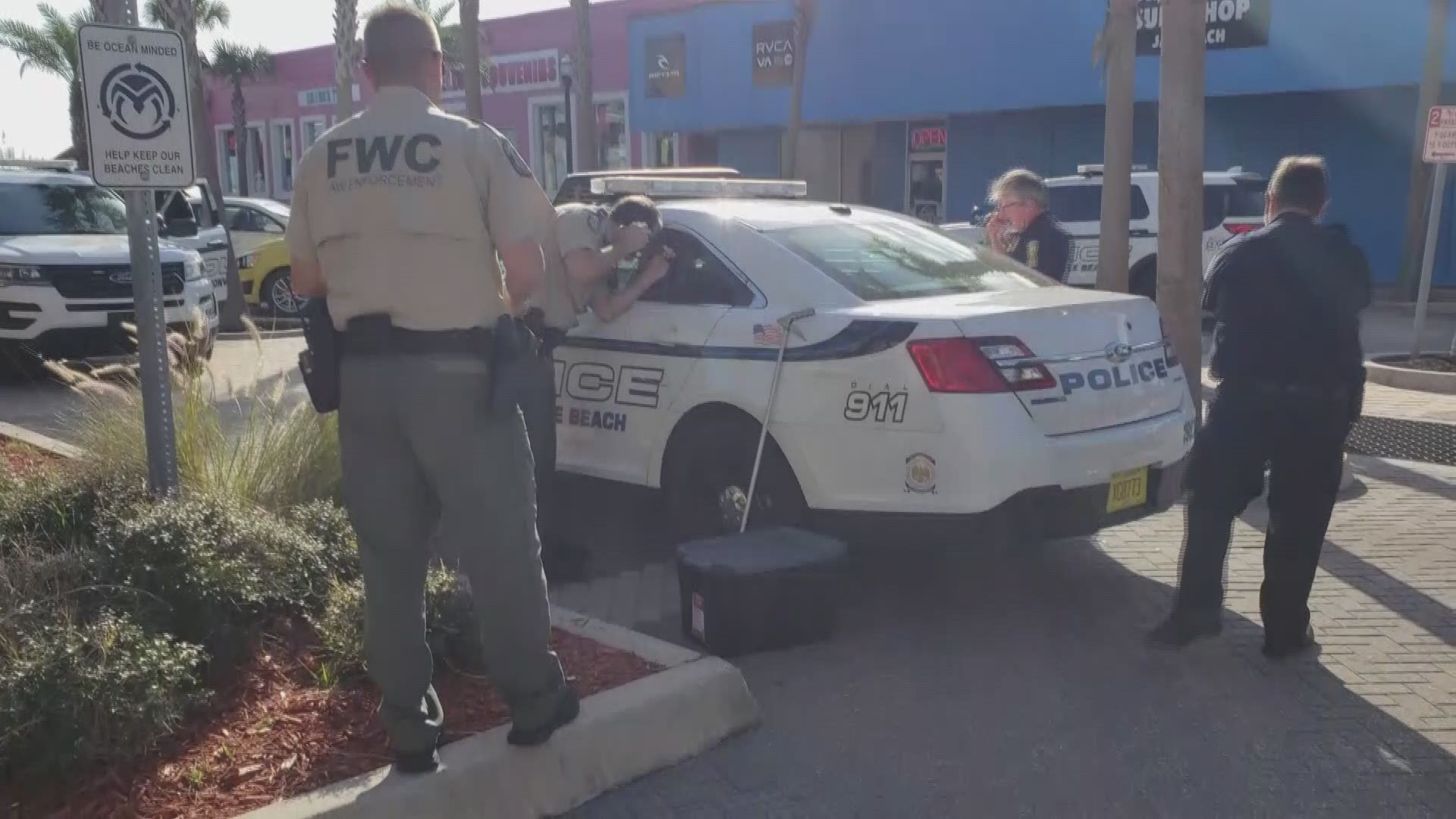 Larry Ellis, who shot video of the snake's eventual capture, said the man was approaching people in the boardwalk area of the beach while holding the snake aloft.

Jacksonville Beach Police Sgt. Larry Smith told First Coast News that they received calls Monday morning about the man carrying the snake, which he said measured about 6 feet to 8 feet in length.

After officers arrived on the scene, they told the man to put the snake inside their police vehicle. Police called in the Florida Fish and Wildlife Conservation Commission (FWC), which removed the snake from the car with a snake stick, and placed it in a plactic bin.

The FWC said it will relocate the snake to its natural environment.

Police did not know why the man was carrying the snake or if he got injured while holding it. He was not charged.

Out of the 44 species of snakes native to Florida, only six are venomous, including three rattlesnakes: the eastern diamondback rattlesnake, the dusky pygmy rattlesnake and the timber rattlesnake.