Descendants of the Confederate General asked that his memorial be removed 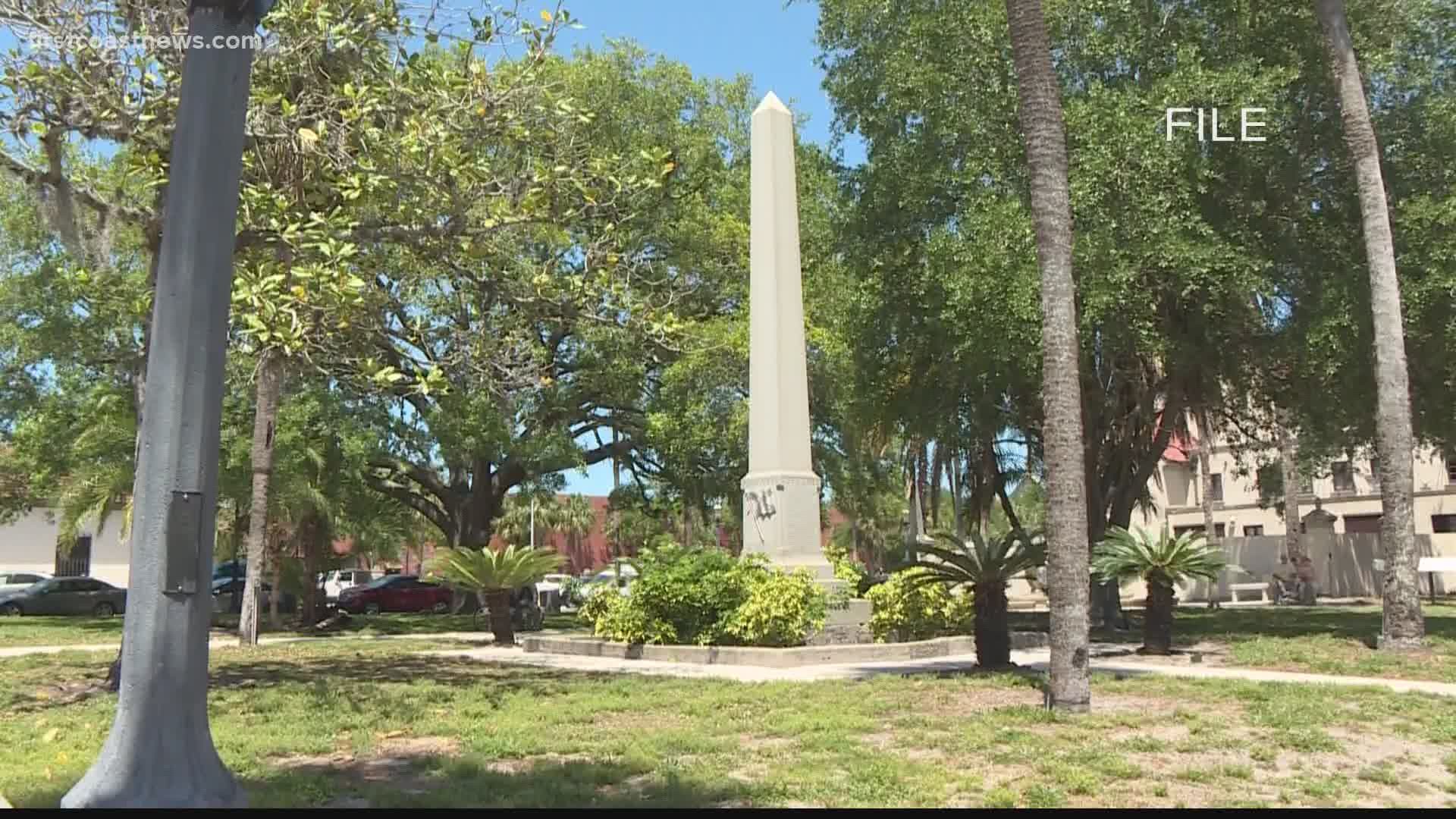 ST. AUGUSTINE, Fla — A memorial to a Confederate general is no longer in St. Augustine, as of Monday morning.

It was removed early Monday morning, without much notice.

The William Loring memorial stood on state-owned property in downtown St. Augustine, managed by the University of Florida. Underneath it was Loring's ashes. He was a Confederate general.

According to UF spokesman Steve Orlando, the university's president made a statement in June that noted the removal of Confederate memorials and monuments from the UF campus, including the land in St. Augustine.

It was moved Monday on a flatbed truck to the Trout Creek Fish Camp, about 20 miles away, according to a source with the relocation company.

"Their wishes were they did not want the general's remains and the monument to be viewed as something that would cause division and divisiveness in the community," Orlando said. "So they felt, rather than have that happen, it would be more appropriate to relocate them."

An archaeologist was on site Monday to monitor and assess the area and to prepare for the removal of the ashes. They will be taken to a local cemetery.

A priest will bless the ashes before they are moved.

Meanwhile, the second Confederate memorial in downtown St. Augustine will be moved as well.  The city commission voted to relocate it.  That memorial will be moved to the same place the Loring Memorial was taken.

Orlando said work began at 4 a.m. Monday. The Loring obelisk and base were removed by 6:30 a.m. He said UF "wanted to do it with as little disruption as possible," considering traffic issues and that the memorial was in the middle of downtown St. Augustine.

RELATED: Confederate monument's fate to be decided in St. Augustine

Time lapse video of a Confederate memorial being removed from St. Augustine this morning. Descendants of Confederate General Loring sent UF letters, asking the state/school to move it and his ashes. @FCN2go pic.twitter.com/FMIljF9DB4

The memorial for Confedrate General William Loring was moved on a truck this morning from downtown St. Augustine to a park in St. Johns County. ⁦@FCN2go⁩ pic.twitter.com/4TLQCRkwVq